Lausanne, Switzerland, November 22, 2019 - The 2019 Volleyball Nations League (VNL) attracted a cumulative global audience of more than 1.5 billion, according to the official Nielson Report, it was announced earlier today.

Lausanne, Switzerland, November 22, 2019 - The 2019 Volleyball Nations League (VNL) attracted a cumulative global audience of more than 1.5 billion, according to the official Nielson Report, it was announced earlier this week.
FIVB President Dr. Ary S. Graça F° delivered the staggering numbers during the VNL Council meeting at the FIVB Headquarters in Lausanne, where each of the countries that participated in the 2019 VNL were represented.
Throughout the course of the 2019 VNL, which took place from May 21 – June 14, a total of 9,291 hours were broadcast across 131 different territories around the world. The total cumulative audience is an increase of 200 million from the 2018 VNL, and more than twice the average audience of the World League and Grand Prix. In addition, the 2019 VNL recorded more than 10 million views on YouTube, a 778% increase on the previous year.

President Ary Graça also shared the impressive digital numbers from the event, including 3.8 billion social media impressions and 16 million interactions. The FIVB’s various social media accounts increased by a total of more than 550,000 followers during the event, while the official VNL website registered 12 million page views. 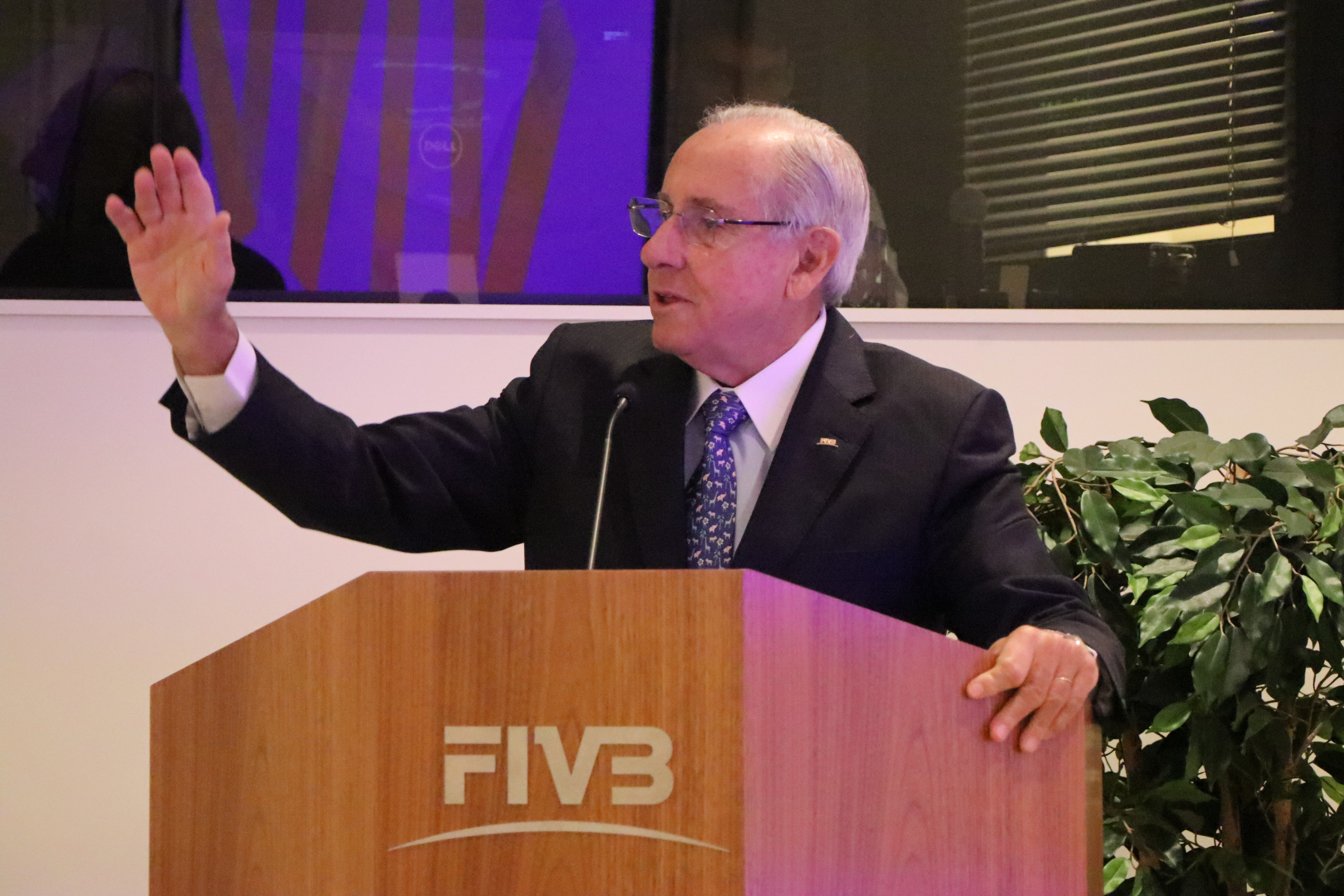 The FIVB President shared the impressive number from the 2019 VNL with the Council
Commenting on these outstanding numbers, the FIVB President said:
“The results we have achieved are remarkable. We were aiming to achieve some of these numbers in year 4-5, so to already be at this point shows how successful the VNL has been with the fans.
“We pride ourselves on being at the cutting edge of innovation and our meeting today was very important in ensuring we continue to improve, for the benefit of the global Volleyball Family.”
The Council also heard the case studies from the National Federations of Japan and the Netherlands on their experience of hosting, as well as the outcomes of the 2019 VNL Audio and Video Production Report, the TV Distribution Report, the Digital and Social Media Report and the Commercial Report.
Many members of the VNL Council, including Mr. Cristobal Marte Hoffiz, FIVB 1st Executive Vice-President, Mr. Juan Antonio Gutierrez, President of the Argentinian National Federation and Mr. Geert De Dobbeleer from the Volleyball Federation of Belgium, praised the work done by the FIVB on professionalising the sport with the VNL being a true example of it. The transparency of the decision-making process was also complimented during the meeting.
The 2020 Women’s VNL will begin on May 19, with the men’s competition starting on May 22.
Quick links:
FIVB Volleyball Nations League
Facebook
Twitter
Instagram
Youtube