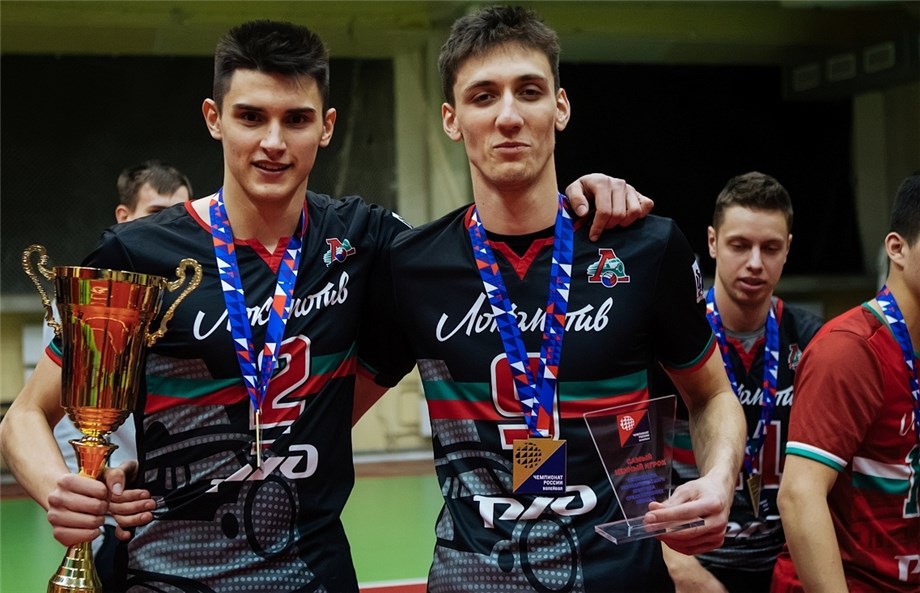 Novosibirsk, Russia, March 23, 2020 – 17-year-old opposite Roman Murashko was named the Most Valuable Player of Russia’s national junior league for U23 men as his team, Lokomotiv-CIVS Novosibirsk, claimed their third consecutive championship title. Just a few months ago, the rising volleyball star from Kaliningrad was honoured on the Dream Team of the FIVB Boys’ U19 World Championship in Tunisia.
Lokomotiv topped the regular season in the 16-team junior league on a 28-2 win-loss record, advancing to the Final Six. The squad from Novosibirsk lost two of their five matches at the first round-robin tournament in Moscow. However, they capitalized on the home-court advantage to go through the second tournament unbeaten and triumph with the title on 8-2 and 25 points, two points clear of runners-up Dinamo-Olimp Moscow. Fakel Novy Urengoy, on 7-3, took the bronze. 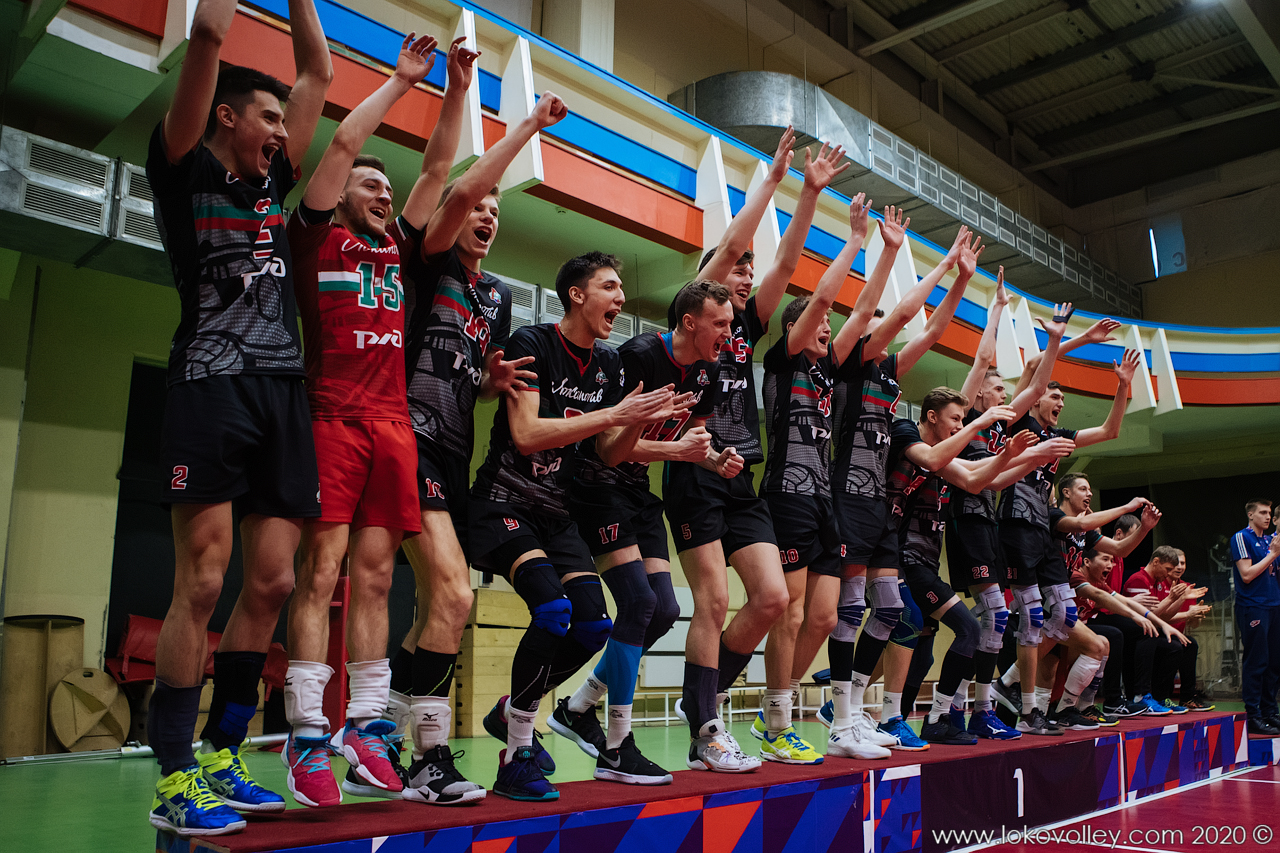 Romashko and his teammates on top of the podium
In their very last game on Saturday, Lokomotiv needed to defeat Kuzbass-2 Kemerovo to claim gold. Roman Murashko was not among the starters, but came in as a sub during the first set and stayed on through the end of the 3-0 victory contributing the match high of 19 points, including four aces and four stuffs. Registering a total of 602 points, of which 105 aces (!) and 55 blocks over the 37 matches or 116 sets he played, the 2.00m-tall striker ranked high on the individual charts of the season’s best servers, best attackers and best scorers and deserved the MVP award.
In the summer of 2019, Roman Murashko and his teammates of the Russian junior national team claimed bronze at the European Youth Olympic Festival in Azerbaijan before heading to Tunisia where they reached the final of the U19 World Championship and settled for silver with the young opposite topping the best server chart on 21 aces (0.78 per set), finishing as the third best attacker (52.60% success rate) and making the Dream Team. In December, the young talent even made his debut in the Russian Superliga with the men’s squad of Lokomotiv. 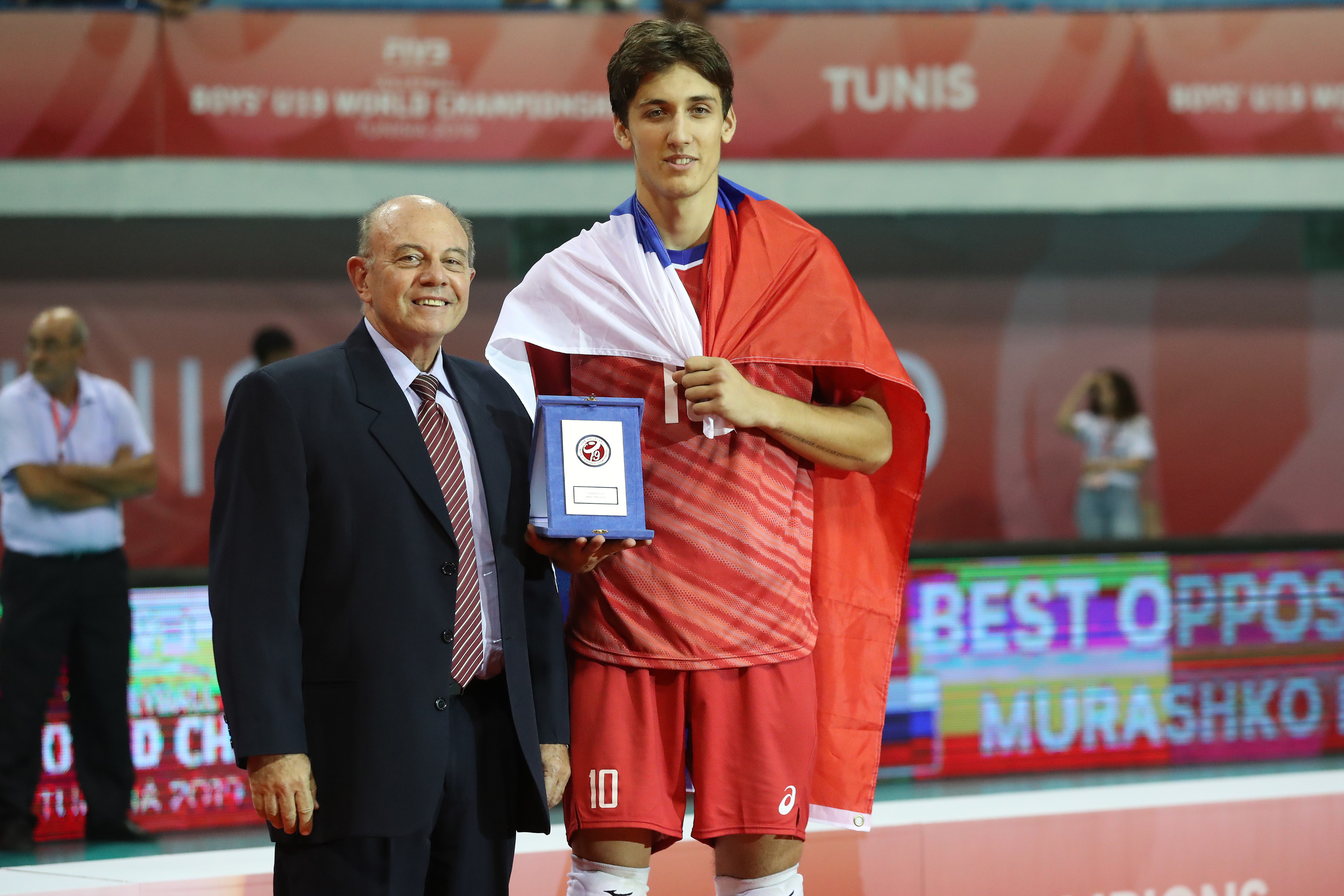