The first team to successfully mount a title defence at the tournament for the best women’s club teams in world volleyball must now face some tough competition in the Turkish league. This included a 3-2 defeat against local rivals Vakifbank Istanbul, who will also be tricky opponents in the group phase of the European Champions League.

However, Eczacibasi Istanbul did have the upper hand over their city rivals at the record-breaking FIVB Women’s Club World Championships in Manila in October, winning their semifinal 3-1 and laying the foundations for a historic second consecutive title win. 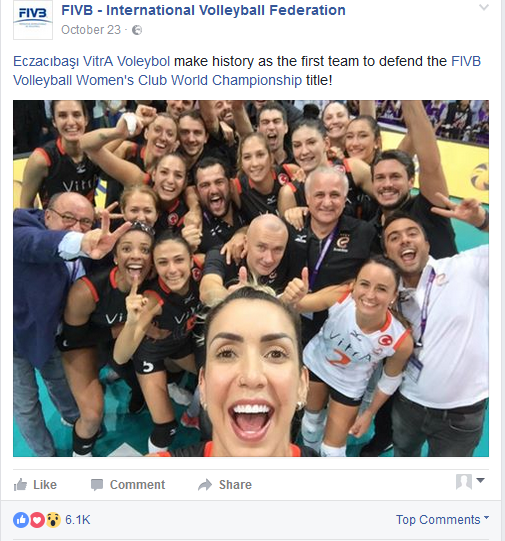 This emphasises how the Turkish metropolis, Istanbul, has become the capital city of women’s volleyball. Three of the last four titles at the FIVB Women’s Club World Championships have been claimed by teams from the city on the Bosporus. Eczacibasi VitrA’s arch-rivals Vakifbank Istanbul triumphed in 2013, while Fenerbahce Istanbul also claimed the title in 2010 – proof of the quality of women’s volleyball in the city.

Playing the game at the highest level made all the difference in the final of the 2016 FIVB Women's Club World Championship at the Mall of Asia Arena in Manila, capital of the Philippines. Eczacibasi VitrA triumphed 3-2 (25-19, 20-25, 25-19, 22-25, 15-11) against the European Champions League winners Pomi Casalmaggiore from Italy. It was the first time in history that a Women's Club World Championship had been decided in five sets, thrilling the record 6,700 crowd – the all-time highest attendance in the history of the competition this century.

Massimo Barbolini, Eczacibasi VitrA Istanbul coach, commented: “I’m happy, my team is happy. We knew how to be a great team. We worked together, and to win this tournament was a very big step for the season. I have a great team. I'm happy with all my girls. When you win, it means you have very good practise. My girls are happy with this victory.” Tatiana Kosheleva led the Eczasibasi scorers with 23 points, including four aces, backed up by Tijana Boskovic who added 17. 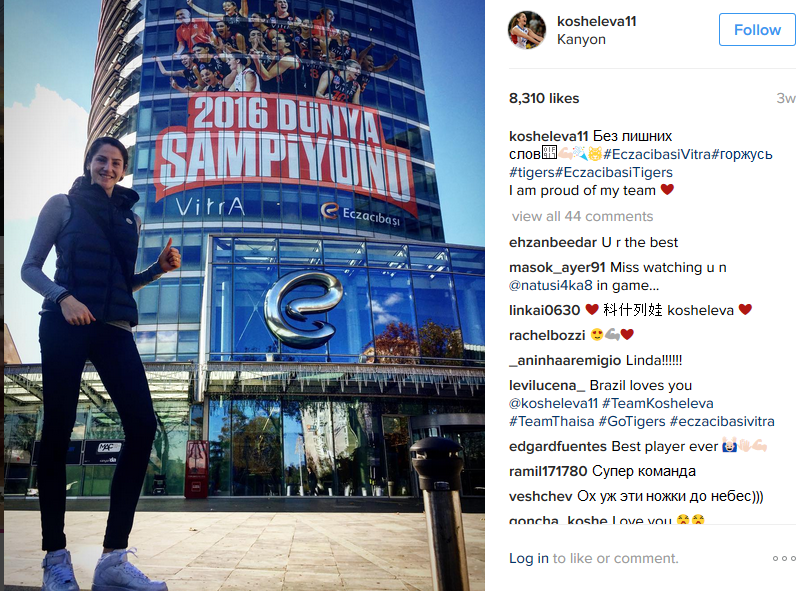 Serbia's Rio 2016 Olympic silver medallist Tijana Boskovic was named Most Valuable Player. She was also named the opposite on the Dream Team. 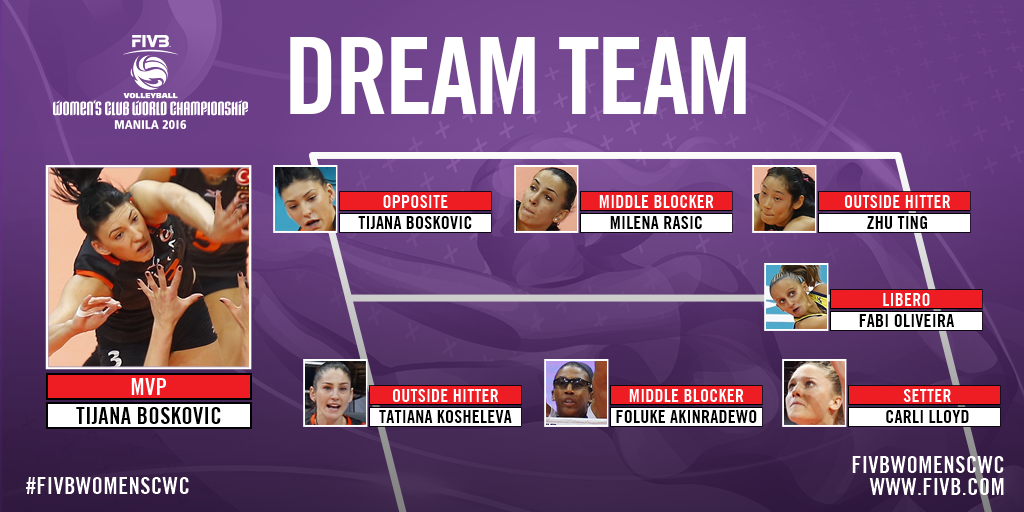 Boskovic is the second Serbian player to claim the award, after Jovana Brakocevic in 2013 for Vakifbank Istanbul. China's Olympic champion Zhu Ting emerged as top scorer, bagging an all-time-high of 103 points for the second club from Istanbul.

Zhu, who was recently top scorer at the Rio 2016 Olympic Games (in addition to being named MVP and leading China to gold) had 77 kills, 19 blocks and 7 aces as she contributed to Vakifbank's claiming the bronze medal in Manila with a 3-1 against Volero Zürich. The 21-year-old outside hitter was also top scorer in 2013 in Zurich, playing for her native China's Guangdong Evergrande Guangzhou. Zhu Ting is the only player in the history of the competition to have been top scorer twice – another record. 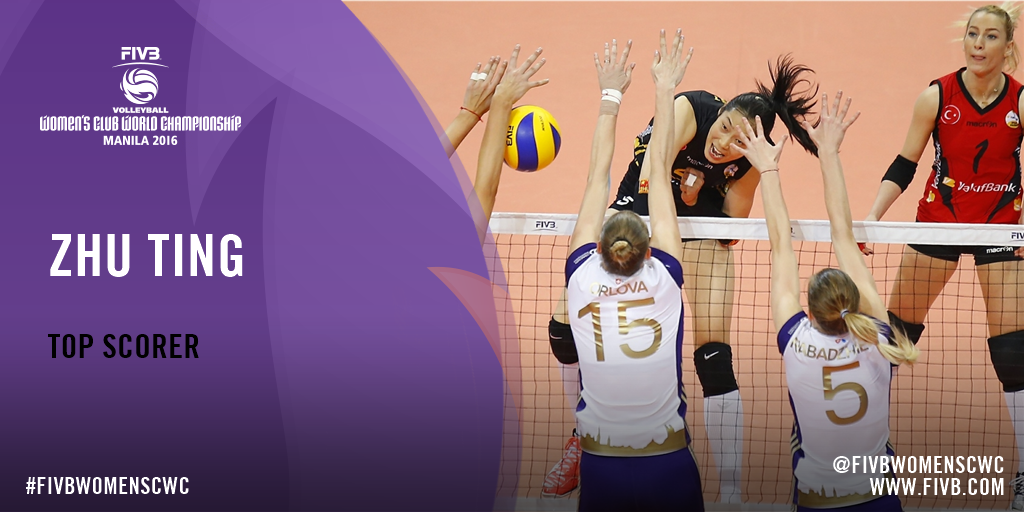 Eight teams battled it out as the tournament which took place in the Philippines for the first time. On their way to the final, Eczacibasi and Casalmaggiore both won 3-2 against Brazilian favourites and South America champions Rexona-Sesc Rio in Pool A. The hosts from PSL-F2 Logistics Manila failed to make it to the semifinals – as did the other Asian teams in Pool B, Asian club champions Bangkok Glass and Hisamitsu Springs. There were no fewer than five five-set matches, which showed the quality of the teams participating in the tournament.

That is why everyone is looking forward to the next edition of the FIVB Women’s Club World Championship in 2017 in Kobe, Japan, from May 8-14. Eczacibasi VitrA Istanbul will be aiming to complete a hat-trick. Neslihan Demir: “We made history and it was very good. I'm very happy to be part of this team, and I hope we win all the cups from now on.”