Lausanne, Switzerland, November 30, 2016 – The calendar of the 2017 edition of the FIVB Beach Volleyball World Tour was confirmed at a meeting of the World Tour Council on Wednesday with highlights including the 2017 Beach Volleyball World Championships in Vienna, Austria from July 28 to August 6, Swatch Major Series events in Fort Lauderdale, Poreč, Gstaad and Hamburg, a five-star event in Rome and the Swatch Beach Volleyball FIVB World Tour Finals from August 22 to 27 at a venue to be announced in Canada in March. 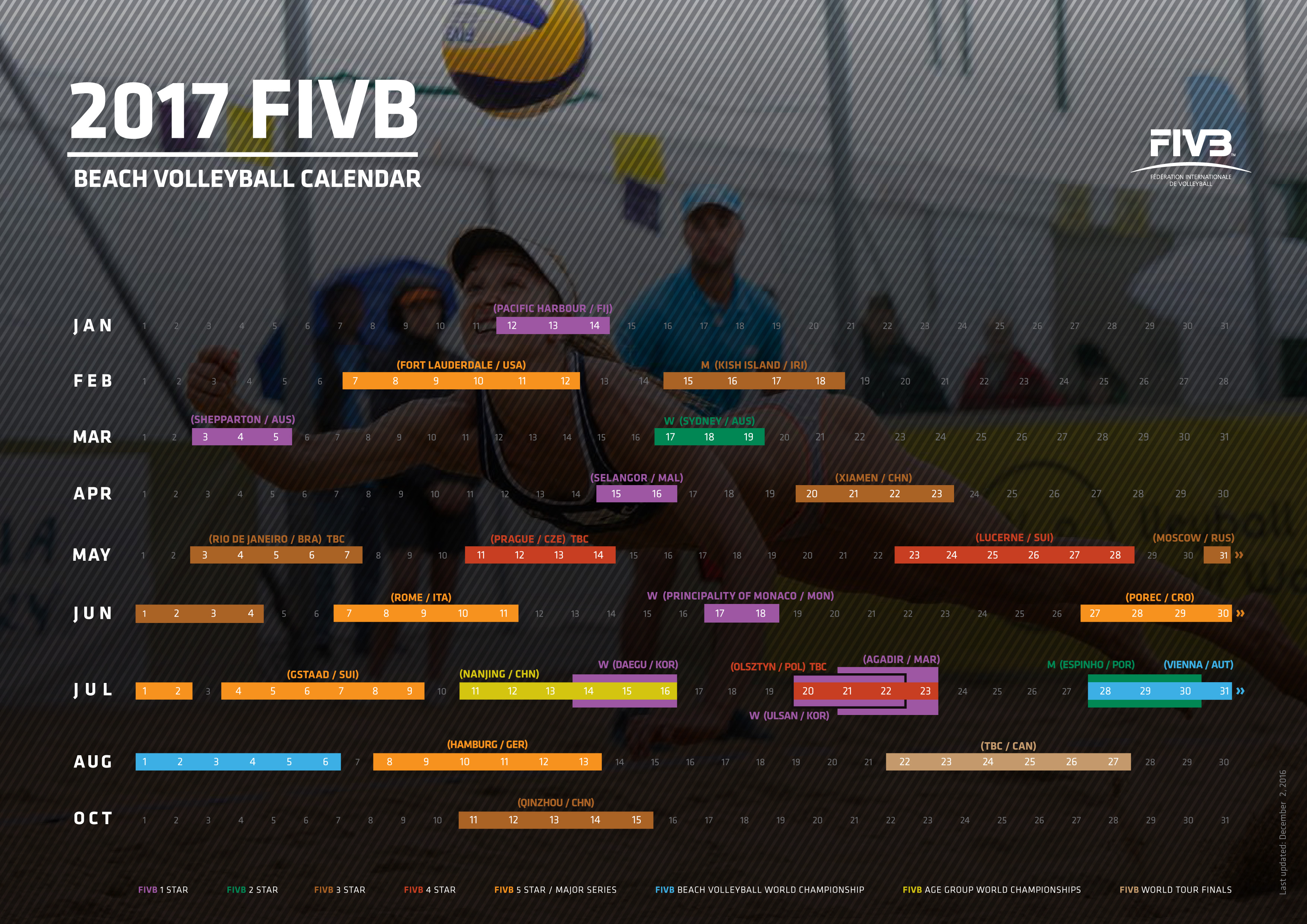 New events in Fiji, Australia, Malaysia, the Principality of Monaco, Korea and Morocco demonstrate the success of the new five-star structure the FIVB is implementing for Beach Volleyball World Tour events in 2017.

Click here for an updated version of the calendar - last updated on January 3, 2017.

The 2017 calendar includes a total of 25 events and features single gender events in Kish Island and Espinho (men) and in Sydney, Daegu, Ulsan and Monaco (women).  The remaining 19 events will be double gender.

The signature event will be staged July 28 through August 6 in Austria when Vienna hosts the $1-million FIVB Beach Volleyball World Championships for men and women on Danube Island.

Event in Long Beach – To be confirmed.