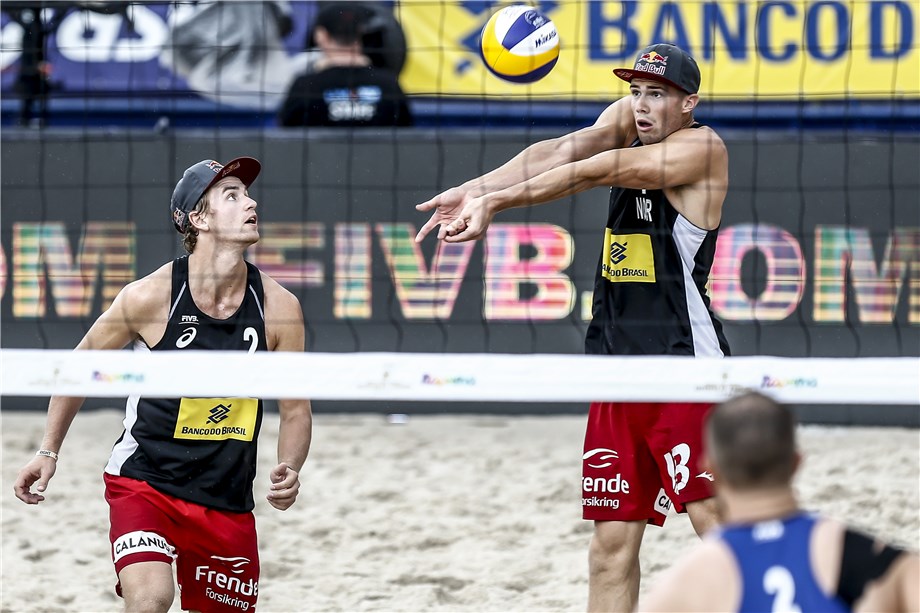 Top seeds Anders Mol and Christian Sorum of Norway will begin their World Championship campaign at 19.15 on June 28 against Sergio Gonzalez and Luis Reyes of Cuba.

Lausanne, Switzerland, June 12, 2019 - The schedule for the pool phase of the 2019 FIVB Beach Volleyball World Championships is now available with matches taking place from June 28 to July 3 followed by the knockout phase culminating with the finals on July 6 for the women and July 7 for the men.
FIVB Beach Volleyball World Championships Hamburg 2019 - Pool match schedule 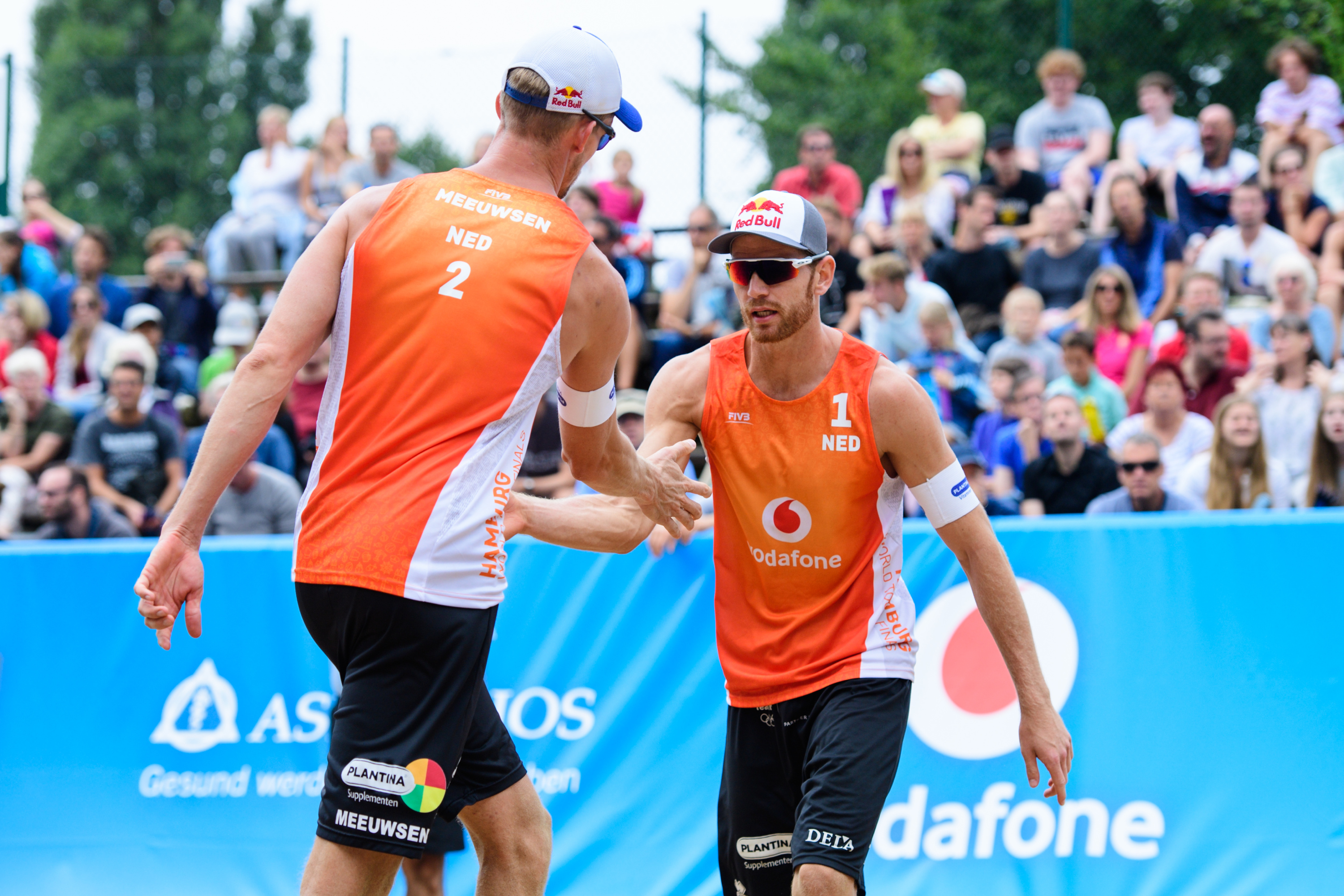 Dutch pair Alexander Brouwer/Robert Meeuwsen will get action underway on June 28
The first match of the day on centre court will begin at 13.00 local time when hosts Germany will be represented by women's top seeds Sandra Ittlinger and Chantal Laboureur. They will take on Michelle Valiente and Patricia Caballero of Paraguay. The day's schedule includes a further seven slots on centre court including the last match of the day between Pedro Solberg/Vitor Felipe of Brazil and Alexander Walkenhorst/Sven Winter of Germany, which begins at 20.30.
The 2019 FIVB Beach Volleyball World Championships feature a total of 48 teams per gender playing in twelve pools of four teams each played in a standard Round Robin system. The pools were decided on June 4 at a drawing of lots ceremony held at Hamburg Town Hall with every team set to play the three other teams in their pool. 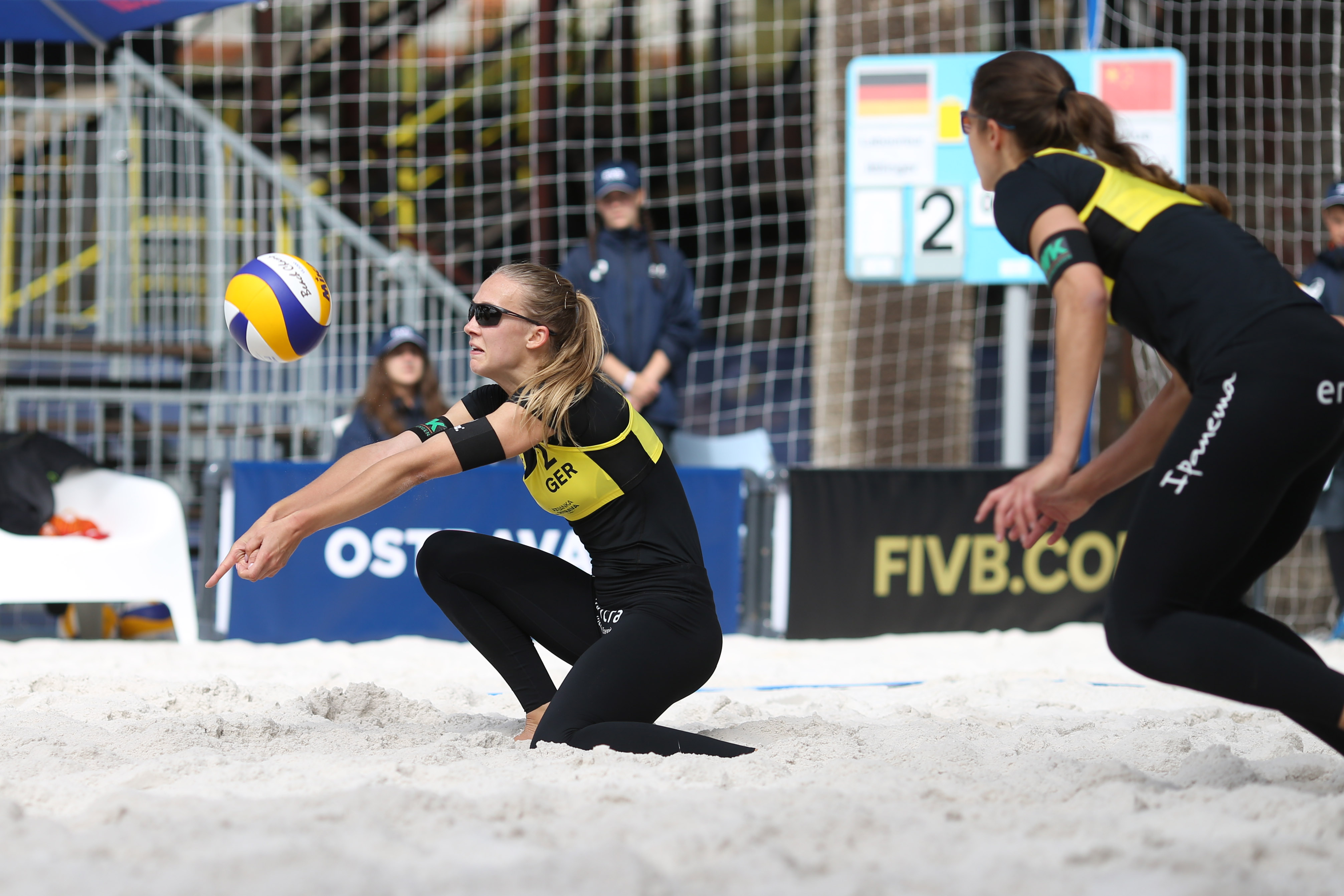 Top women's seeds Sandra Ittlinger and Chantal Laboureur of Germany will start their World Championship campaign on centre court
The first two ranked teams from each pool, and the best four teams that rank third in their respective pools, will advance automatically to the final phase. The eight remaining third-ranked teams in each pool will play a four-match lucky loser round.

The single elimination phase will start with the round of 32 and will be followed by the round of 16, quarterfinals, semifinals and medal matches.