Ageba and Taira cruise to main draw at Boracay Open 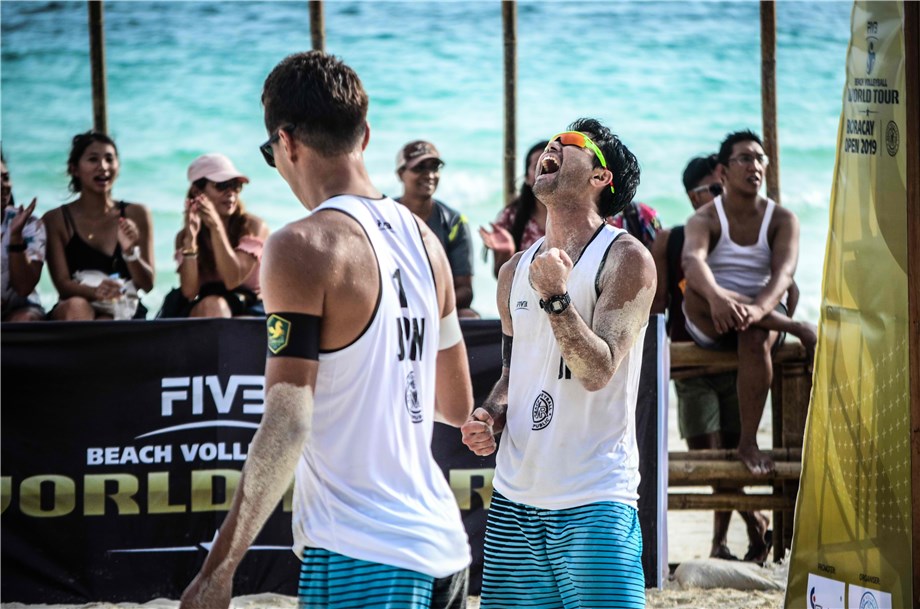 Ageba and Taira earned a bye in the first round, but easily delivered a straight-set win to move to the main draw, joining three other Japanese pairs headed by top seeds Jumpei Ikeda and Katsuhiro Shiratori.

“It was an easy win for us,” Ageba said. “We had a good side-out game and that helped us in this match.

“Our goal is to win the tournament and we will do it step by step. We are a new partnership so we have a lot to improve on in each match but we will do our best to achieve our goal.”

Quick links - Beach volleyball:
FIVB Beach Volleyball World Tour - Boracay
FIVB.com - Beach Volleyball
Latest Videos
Facebook
Twitter
Instagram
Kitti Duangjinda and Dunwinit Kaewsai is the other Asian pair that made it to the main draw after rallying to a 2-1 (18-21, 21-19, 15-8) win over Austria’s Florian Ertl and Michael Muraer in the first round and winning in straight sets (21-14, 21-15) against Norway’s Emil Ofstaas and Christian Jorgensen Ruud in the second round.

However, the other Austrian and Norwegian pairs collected two wins to progress to the main draw.