Agustin Loser continues moving fast on and off the court 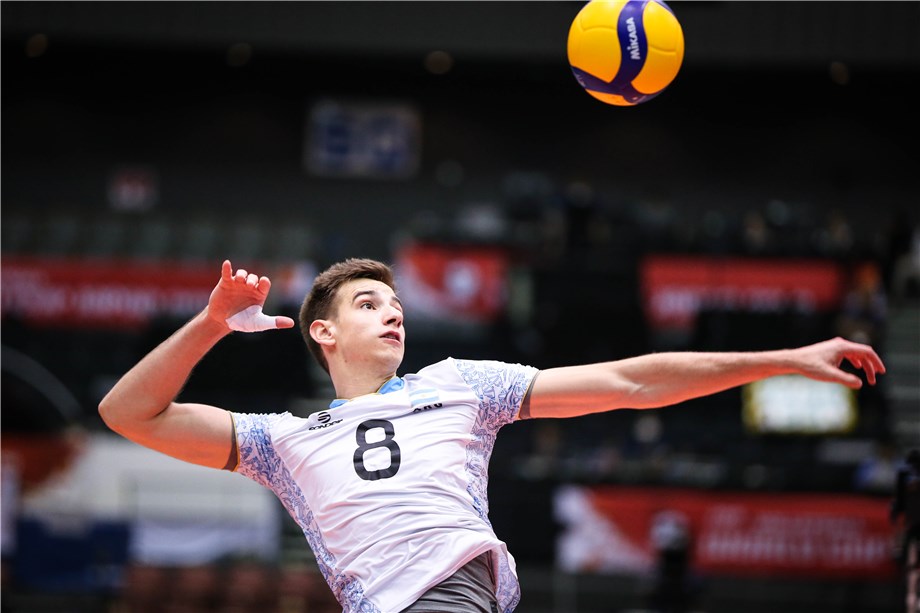 Mendoza, Argentina, May 23, 2020 – Agustin Loser might sometimes think his career is moving in fast forward. From representing Argentina at the 2015 FIVB Volleyball U19 World Championships to helping his country qualifying for the Tokyo Olympics, the 22-year-old middle blocker has experienced a lot in his very first years playing professionally.
During an interview live streamed on Argentinean website Somos Voley’s Instagram account, Loser recalled the first time he wore his country’s national team jersey, during the 2015 U19 World Championships, when the team won a silver medal in front of an enthusiastic home crowd.
“It’s hard to think that almost five years have passed,” he commented. “Sometimes if feels like it was yesterday that I was playing on high school. So much has happened, even some things I didn’t expect, and I’m enjoying every minute of it. To have experienced all of that just at the beginning of my career just makes me more excited to keep exploring different situations.” 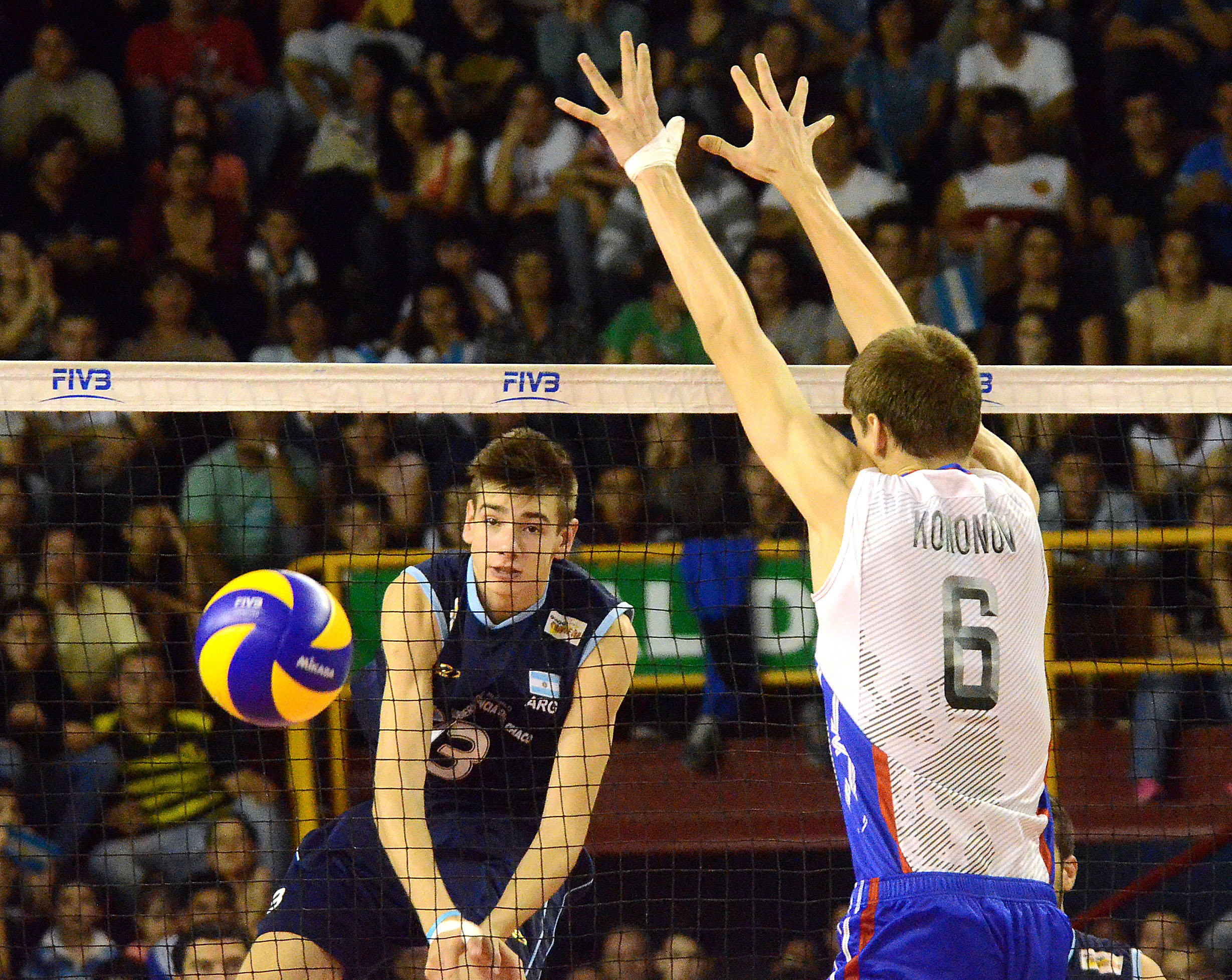 Loser during the 2015 FIVB U19 World Championship in Argentina
Those times of playing high school volleyball are long gone for the middle blocker, though. In 2016, he won the U21 South American Championship in Bariloche, Argentina. The next year he represented his country in not one, but two age-category World Championships, finishing seventh at the U21 tournament, in the Czech Republic, and taking gold at the U23 event in Egypt, alongside the likes of setter Matias Sanchez, outside hitter Jan Martinez and libero Santiago Danani.
These players would also be with him in the Argentinean senior team, which he joined in 2018, just in time to compete at both the FIVB Volleyball Nations League and the FIVB Volleyball World Championships.
Last year, however, was the one in which Loser experienced the most. The middle blocker had a prominent role in the Argentinean silver medal campaign at the South American Championship, but he absolutely starred for the team during the FIVB Volleyball World Cup, when he was the best attacker and the sixth best scorer in the entire tournament.
The highlight of the season for him, though, was the Argentinean victory at the Olympic Qualification tournament in China, where the South Americans defeated the hosts, Canada and Finland to secure their place in Tokyo.
“We had been playing well since the Volleyball Nations League but we managed to reach our peak during the Olympic Qualifier, when we played three fantastic matches,” he added. “To beat Canada, who were in theory our main rival - in the first match - raised our confidence level, but the match against China was very important too. That tournament brought my Olympic dream closer, so it meant a lot to me.”
Loser’s rise on the international scene might be surprising to some, but it also says a lot about who he is as a player. Standing at 1.98m, the Argentinean had to figure out how to battle opponents who are up to 15cm taller than him and the way he did it was adding a massive amount of speed to his game.
“I know I’m not as tall as most of the top middle blockers at the international level, so I try to make up for that by bringing more speed to the game,” Loser explained. “I also try to be as sharp technically as I can in every skill, so I can fight their size with the weapons I have.”
Next season will be an important one for Loser as he tries to secure his place in the Argentinean roster that will be in Tokyo in the summer of 2021 competing with a strong pool of middle blockers that includes the likes of Olympic veterans Sebastian Sole, Pablo Crer and Martin Ramos.
But it will also bring the amount of new experiences that the middle blocker enjoys so much as after captaining Argentinean team Club Bolivar last season at the age of 21, Loser will play for the first time overseas after signing with Tourcoing Lille. In the French team, he’ll be teammates with fellow Argentinean setter Sanchez and outside hitter Luciano Palonsky.
“I always planned to play overseas and I thought this was a good moment to do it,” he said. “I received some interesting offers and the one from Tourcoing sounded like a great option for me. Having other Argentineans in the team will certainly help.”
More volleyball from Argentina:
Nizetich pleased to be back
French league set for Argentinean influx
Argentina coach Ferraro aiming for top 8
De Cecco set to join Lube Civitanova
Former Argentinean captain Sosa eyeing comeback
Mendez proud of Argentina's past, excited about future
Quick links:
FIVB Volleyball Nations League
Olympic Games Tokyo 2020FacebookTwitterInstagramYoutube