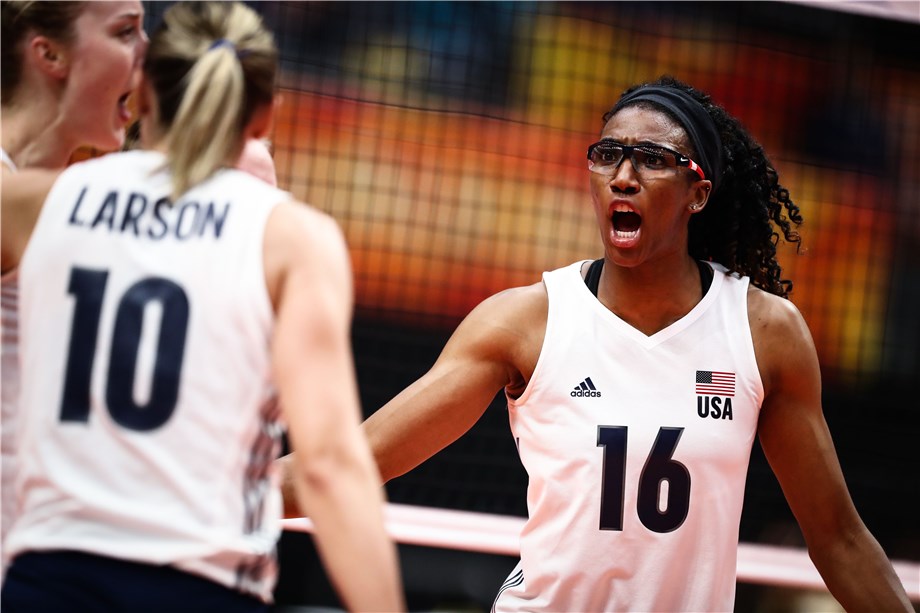 Foluke Akinradewo in action at the 2018 FIVB World Championship - named Player of the Year alongside Kelsey Robinson for their contribution to a remarkable season for USA.

Lausanne, Switzerland, December 17, 2018 - Kelsey Robinson and Foluke Akinradewo have been named Female Players of the Year for 2018 by USA Volleyball for their contribution to the country's national team in a remarkable season that saw USA win the inaugural FIVB Volleyball Nations League and also make the Final Six in the FIVB World Championship.

Outside hitter Sarah Wilhite Parsons picked up the 2018 Female Indoor Most Improved Player of the Year award.

Thirty-one-year-old middle blocker Akinradewo was instrumental in the success of USA this year. She averaged 2.09 kills and 0.53 blocks per set as part of an overall 2.72 points per set average and produced a .411 hitting efficiency (157-28-314) with a 50.0 kill percent after starting 19 matches with 75 sets played.

During the club season she plays in Japan for Hisamitsu Springs. 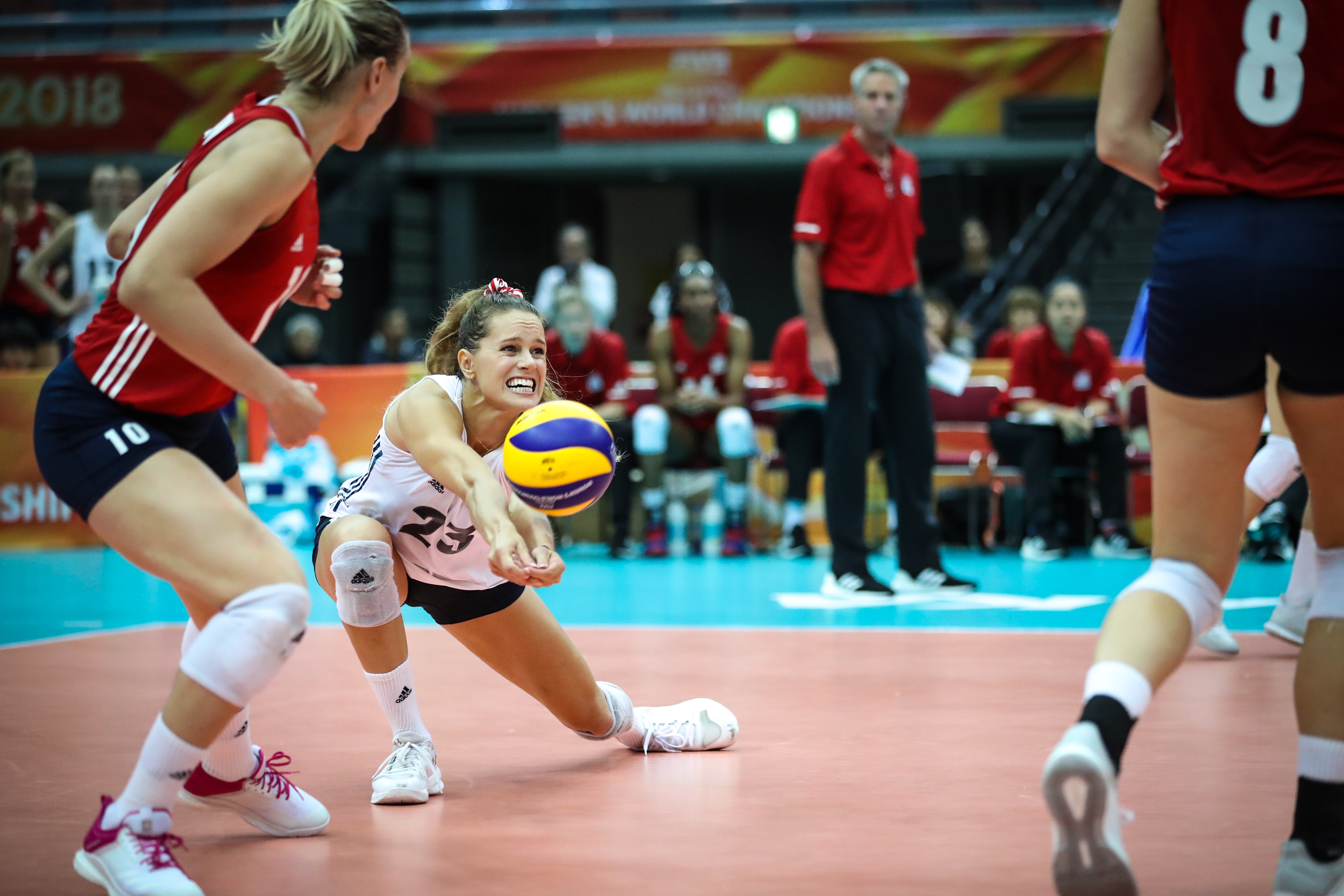 Kelsey Robinson in receiving duties at the 2018 FIVB World Championship.

Robinson, who at 26 switched on the fly from outside hitter to libero this season, averaged 2.98 digs per set in the World Championship. She added a .542 reception efficiency after being credited with 113 excellent receptions on 192 chances. Robinson ranked second in both Best Digger and Best Receiver during the World Championship.

For the year, Robinson started 29 matches and played in 106 sets. She averaged 2.87 digs per set with a .535 reception efficiency (318-32-535). In her first two matches of the year as a starting outside, Robinson claimed five kills, two blocks and one ace for eight individual points.

Most recently, Robinson, as outside hitter, helped VakifBank Istanbul retain their title at the 2018 FIVB Club World Championship in Shaoxing.