Lausanne, Switzerland, August 1, 2020 – Iran’s Aliasghar Mojarad showed promise in 2019. He now aims to make a big impact with the Iranian team, but also for youth in his country as he continues to establish his role promoting education.

Lausanne, Switzerland, August 1, 2020 – Iran’s Aliasghar Mojarad showed promise in 2019. He now aims to make a big impact with the Iranian team, but also for youth in his country as he continues to establish his role promoting education. 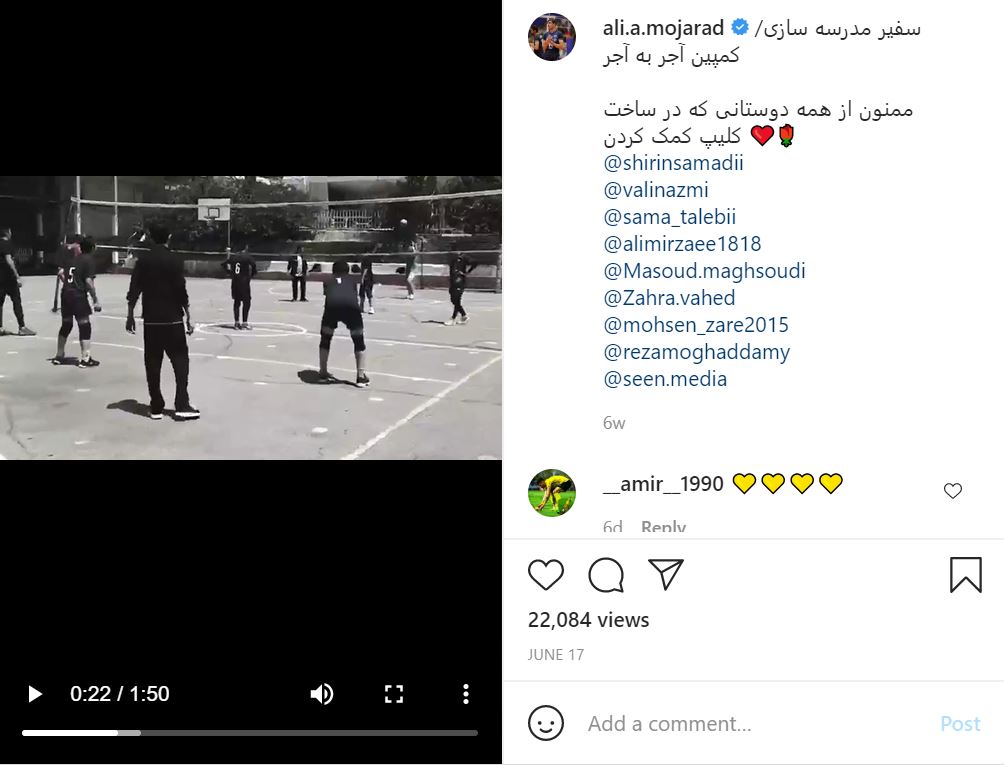 Last June, Mojarad was chosen as a schools ambassador by the Ministry of Education of Iran. Minister Mohsen Jahi Mirzaei presented him with a plaque at a ceremony held in his hometown of Bojnord in North Khorasan.

The 22-year-old ambassador will help raise funds to build schools and provide learning opportunities for underprivileged children in his country.

“In my new role as ambassador, I will try to help children exercise their fundamental right to education and eventually enable them to shape their own future,” Mojarad said.

“My goal is to create awareness and raise funds to build schools in the most marginalised areas.” 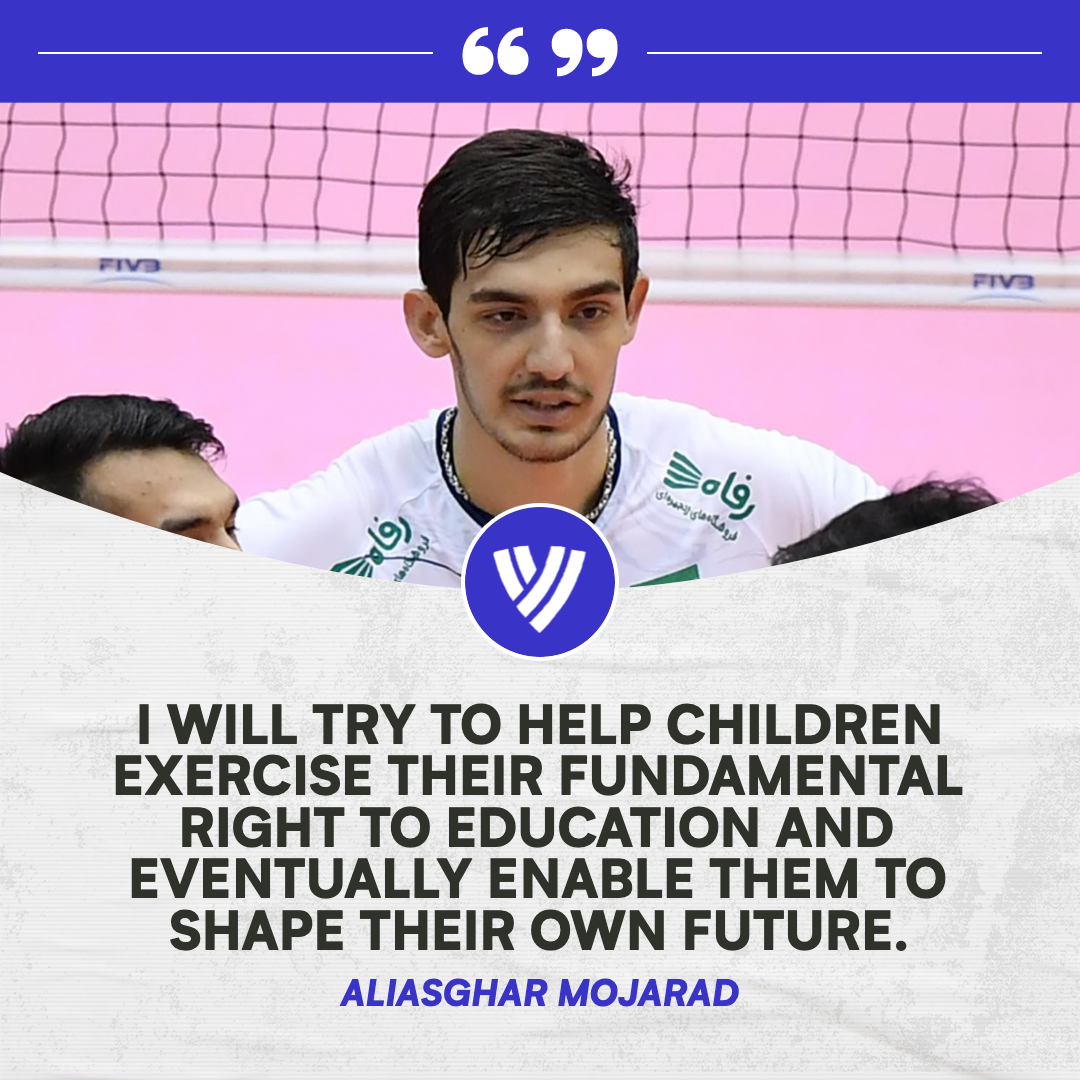 Mojarad looks forward to the responsibility, utilising the huge platform he has in his country to create positive change.

His leadership abilities are also an indication of his future with the Iranian team, fostered in the country's junior teams.

“My first official tournament was the 2014 Asian Boys’ U19 Volleyball Championship in Sri Lanka. I was selected as best middle blocker and from that time on I made a lot of improvements in my game.

“I was still in the junior team when we competed at the 2017 Islamic Solidarity Games in Baku. That was memorable for me because we were down 8-2 against Turkey in the tie-breaker, but we posted a comeback and won 20-18 to reach the final.

“My biggest achievement was with the senior team when we won gold at the Asian Championship and when we qualified to the final round of the 2019 FIVB Volleyball Nations League.”

The middle blocker only began playing in his teens, but he was a natural as volleyball runs in his blood. He did, however, have to overcome the obstacle of moving from a small city to a big city.

“I started playing when I was 13. My father used to play volleyball so he was a big influence on me. I played for three years before I turned professional.

“I study Physical Education at the university and apart from volleyball I like climbing and riding horses.

“I faced big challenges since I lived in a small city, but when I moved that’s when I began to see a lot of improvements in my game.

“My best mentor is Saeid Marouf because he is a good captain. He guides the young players in the team by pointing out their weak points. I always enjoy playing with him.”

Mojarad undoubtedly lives up to his goals on and off the court and is considered part of a new wave of athletes in his country.

“I’m a fighter and I fight to the last breath to achieve my goals and win.

“I really believe that if you don’t have a winning mentality then you will not really win. But when you believe in yourself and in your team then your efforts will bring success.”
Quick links:FIVB Volleyball Nations LeagueFacebookTwitterInstagramYoutube
This website uses cookies to ensure you get the best experience on our website. For more information please read our Cookies Policy.
Ok