Alison and Alvaro on a roll in Brazil 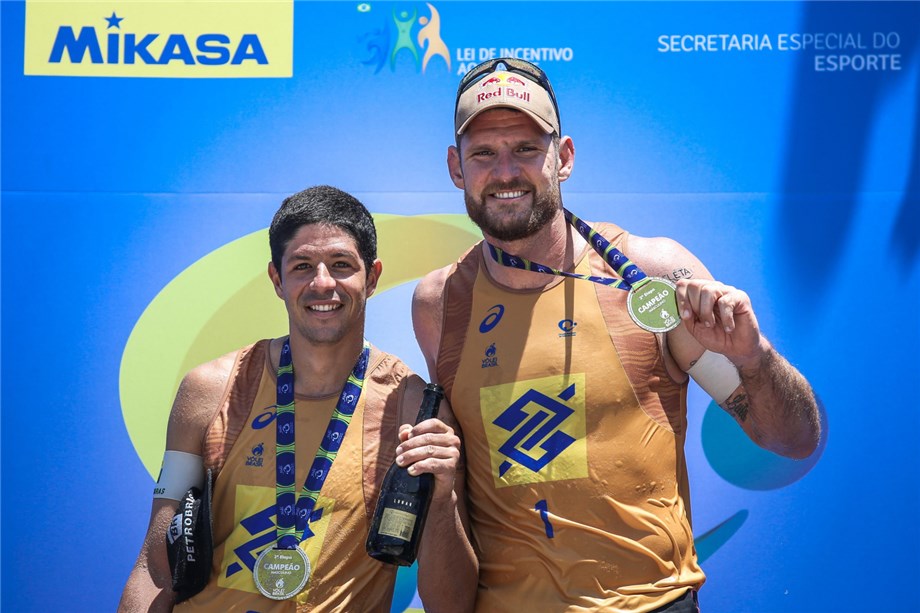 Alvaro (left) and Alison at the podium at the conclusion of the tournament in Saquarema (Photo: Wander Roberto/Inovafoto/CBV).

Saquarema, Brazil, November 16, 2020 – After finishing fifth at the first event on the 2020-2021 Brazilian beach volleyball circuit season in September, it seems Alison Cerutti and Alvaro Filho have found their best rhythm. The team won the next two tournaments held at the country’s federation’s training facility in Rio de Janeiro and took the lead in the rankings.
They claimed their second consecutive triumph on Sunday, when the team ranked third in the FIVB World Ranking had a strong performance in the gold medal match to defeat Guto Carvalhaes and Arthur Mariano 2-0 (21-16, 21-16).
“It’s never easy to win two Brazilian circuit events in a row, especially after all the months we couldn’t play, and that makes me very happy,” Alvaro, the Most Valuable Player of the 2013 FIVB World Championship said. “We owe that to our coaching staff because they did a great job in leading us on how to build up after the break. They knew exactly when we should restart and what to do. We were a little anxious in the first tournament, but since then we’ve only gotten better.” 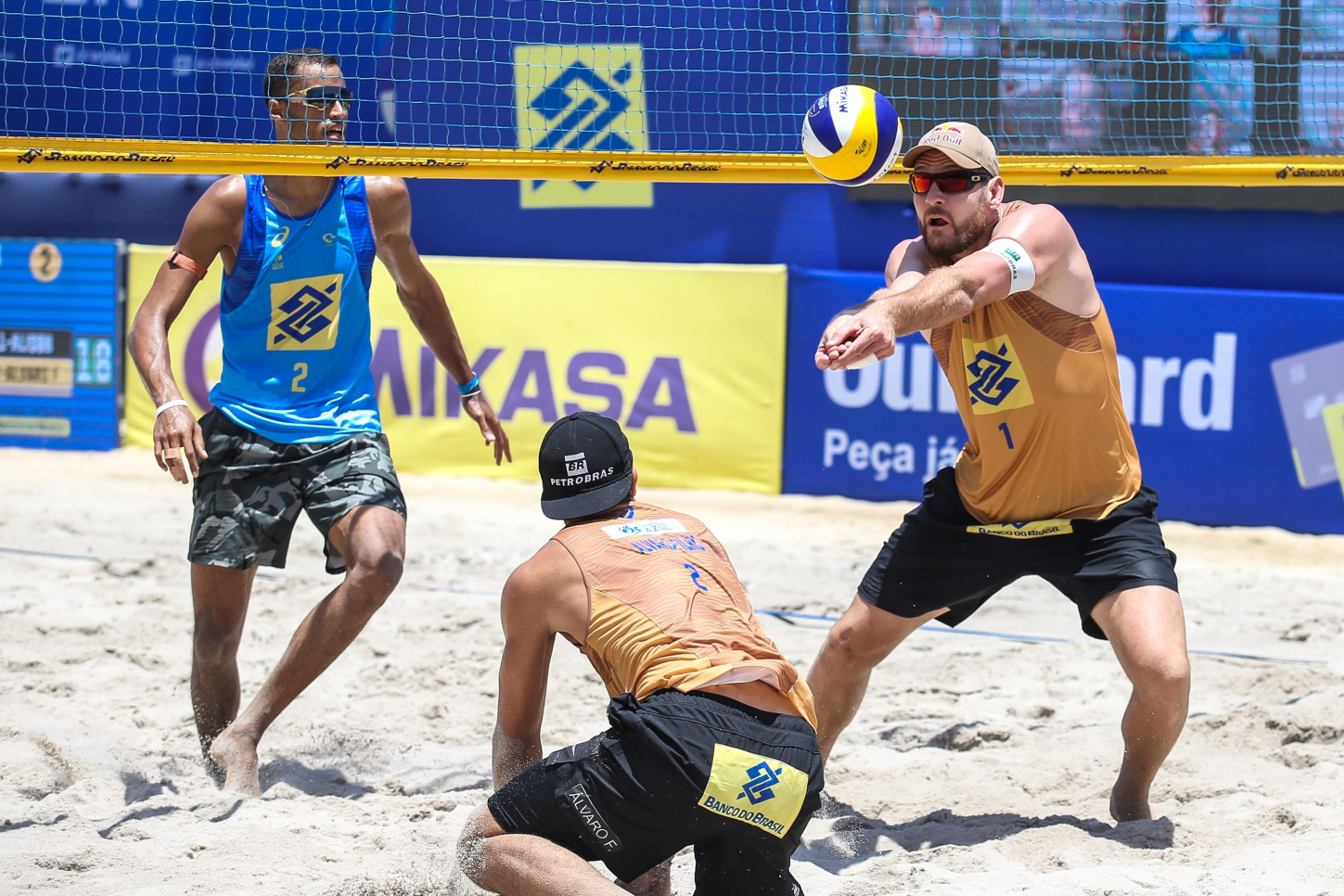 Alison sets to Alvaro during the gold medal match (Photo: Wander Roberto/Inovafoto/CBV).
While Alvaro celebrated his tenth victory on the Brazilian circuit, veteran Alison, a Rio 2016 Olympic champion and two-time world champion, topped the podium in his home country for the 34th time in his career.
“It’s not easy winning tournaments on this tour,” the 34-year-old blocker added. “In the first event we clearly missed a good rhythm, but since then we’ve adapted. And that’s great because being able to adapt is really important in beach volleyball and we managed to do it after such a long break and playing in different conditions.”
Alison’s former partner Bruno Schmidt and his current teammate, 2017 world champion Evandro Goncalves, finished third to secure their second medal in the current season after they downed reigning Brazilian champions Andre Loyola and George Wanderley in the two-set 2-0 (21-18, 21-12) bronze medal match.
After the first three events, Alison and Alvaro lead the circuit’s ranking with 1,040 points, followed by Andre and George, who have secured 1,000 so far. Guto and Arthur close the top-three with 960.
The Brazilian circuit continues next week with the women heading to Saquarema for the fourth event of the season from November 19-22. The men will play again the following week, from November 26-29.
More beach volleyball from Brazil:
Rebecca and Ana Patricia ahead in Brazil
Fatherhood inspires Alison and Alvaro to victory on Brazilian Circuit
Team of the Week: Agatha and Duda
Golden upgrade for Agatha and Duda
Team of the Week: Alison and Alvaro Filho
Andre and George start Brazilian title defence on top
Rebecca & Ana Patricia victorious as Brazilian circuit restarts
Brazilian beach stars back to action in Saquarema
New teams announced as Brazilian circuit prepares for restart
Chef Guto showcases his dishes on IGTV
Old dream becomes reality for Ana Patricia and Pedro Solberg
Quick links:
FIVB Beach Volleyball World Tour
Facebook
Twitter
Instagram
Youtube