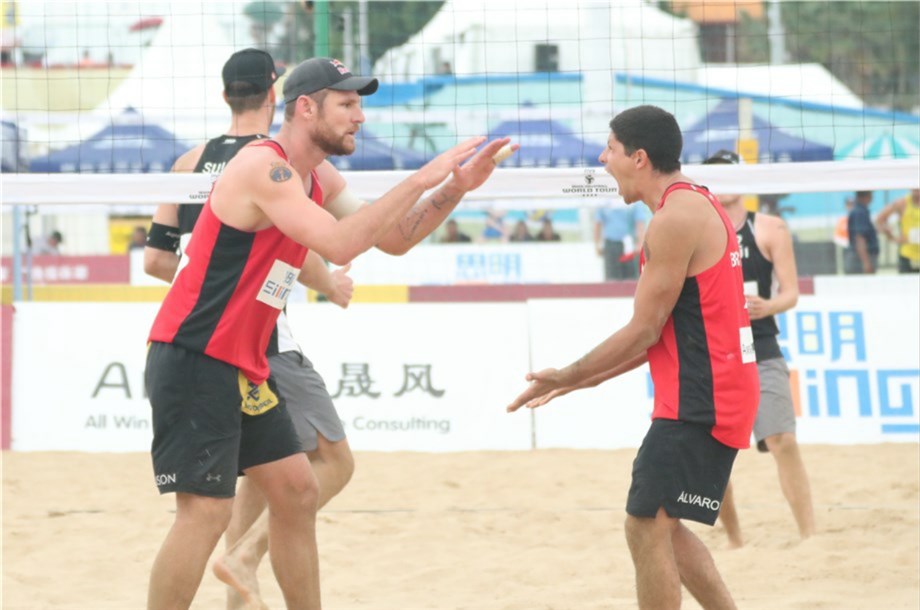 Xiamen, China, April 26, 2019 – Alison Cerutti with new partner Álvaro Morais Filho go all the way from qualification into the final 16 at the 2019 FIVB World Tour for the Xiamen Open.
Quick links - Beach volleyball:
FIVB Beach Volleyball World Tour - Xiamen
FIVB.com - Beach volleyballFacebookTwitterInstagram
Alison teams up with Álvaro Filho for the first time in 2019 and the Brazilian team has worked their way through five matches in Xiamen to enter the second round. In round one single elimination Alison/Álvaro Filho defeated Switzerland’s Adrian Heidrich and Mirco Gerson under rainy conditions on Guanyinshan beach, 2-0 (21-18, 21-19).
“It was a great match, it’s hard to play in a windy situation like this. The serve and defence of both teams was really strong, also blocking. Some points in the game we played better and I think this was key,” said Álvaro Filho.
“The match was tough against Switzerland they are a good team, good in service,” said Alison. 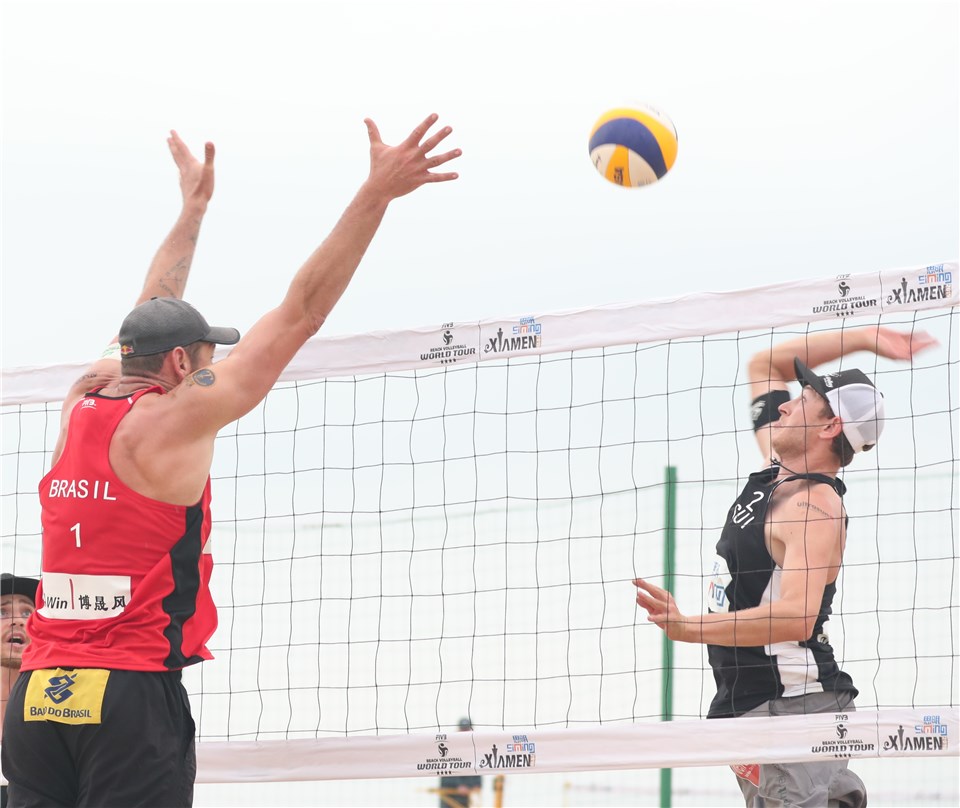 Alison Cerutti looms large at the net against Mirco Gerson
In the Brazilian team’s very first tournament together, the pair are still feeling their way along, but are positive in their performance so far.
“It’s our first tournament so we are trying to fix a lot of things and we know we still have a lot to grow as a team. We are happy because we are still alive in the tournament,” said Álvaro Filho.
“Alvarho is perfect in defence, good energy and for me it’s perfect, I need this kind of athlete,” said Alison.
“I am very happy to play with Alison, I’m enjoying every day, learning every day with him. I think he is the most professional athlete I met in beach volleyball,” said Álvaro Filho.

Alison joins Álvaro Filho following separation from Andre Loyola Stein after they only produced one medal from eight World Tour appearances. Andre now plays alongside George Souto Maior Wanderley and has taken a similar path through Xiamen entering the final 16 from the qualification tournament. 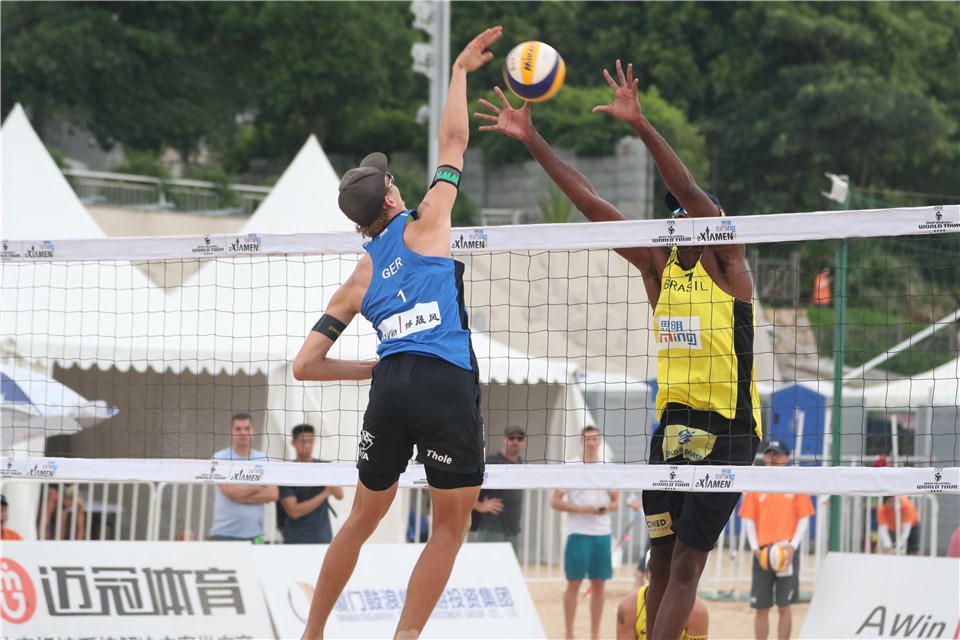 Julius Thole meets Evandro Gonçalves Oliveira Júnior in Xiamen
The two Brazilian teams are the only ones to progress after Germany’s Julius Thole and Clemens Wickler knocked out Evandro Gonçalves Oliveira Júnior and Bruno Oscar Schmidt, 2-1 (22-24, 21-16, 15-13). While, China’s Gao Peng and Li Yang continue their great form in Xiamen, defeating Brazil’s top seeded team Pedro Solberg and Vitor Goncalves Felipe, 2-0 (21-18, 21-19).
Poland’s Piotr Kantor and Bartosz Losiak were the ones to stop USA’s Nicholas Lucena & Philip Dalhausser’s Xiamen campaign. The Polish team took the win in their first round match, 2-1 (18-21, 21-19, 16-14).
Still standing for USA is Taylor Crabb & Jacob Gibb who beat Latvia’s Martins Plavins and Edgars Tocs, 2-0 (22-20, 21-17). With all of the top ten seeds into the final 16 in Xiamen, every one of the teams has a shot at topping this year’s podium.