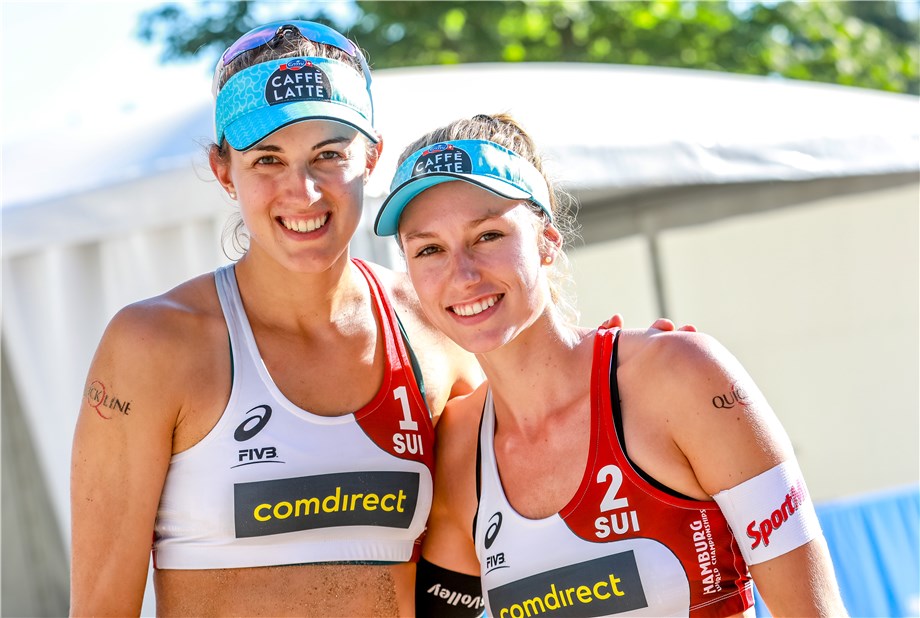 Switzerland's Tanja Huberli (left) and Nina Betschart after winning a match at the 2019 FIVB World Championships in Hamburg, Germany 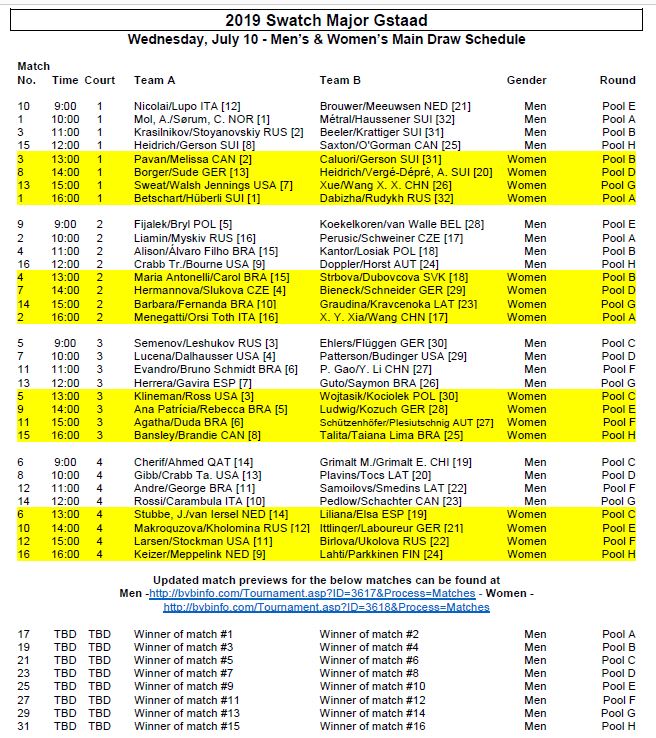 The Swiss women enter the 2019 Swatch Major Gstaad event on a high after the teams of Nina Betschart/Tanja Huberli and Joana Heidrich/Anouk Verge-Depre, placed fourth and ninth, respectively, at last week’s FIVB World Championships in Hamburg, Germany.
By reaching the medal rounds in Hamburg, 23-year old Betschart and the 26-year old Huberli posted the best finish-ever by a Swiss women's team in the world championships as their fourth-place in Hamburg improved their FIVB World Tour ranking from No. 14 to No. 9.
Although Huberli said her team was "disappointed in not winning a medal" at the world championships, she added that "we met the challenge of competing at a high level at a big-time event.  A missed opportunity, but also a confidence builder in knowing that we can compete with the world's best players."
Betschart and Huberli are the top-seeded team in the Swatch Major Gstaad and will play their first match at 3 p.m. (local Time) against 32nd-seeded qualifier Ksenia Dabizha/Daria Rudykh of Russia.
It will be the first FIVB World Tour meeting between the two teams as Dabizha and Rudykh posted two qualifying victories Tuesday highlighted by a two-set win over Kelly Claes/Sarah Sponcil of the United States, the No. 18-ranked team in the world.
If successful, Betschart and Huberli will play either 16th-seeded Marta Menegatti/Viktoria Orsi Toth of Italy or 17th-seeded Fan Wang/Xinyi Xia of China Thursday for the Pool A title and a bye for the first-round of elimination play Friday.  The Swiss have a combined FIVB World Tour record of 1-3 against the Italians (0-2) and Chinese (0-1) with all four matches being played in 2018.
The only women's medal won by Swiss in Gstaad was a 2012 bronze by Simone Kuhn/Nadine Zumkehr.  Since 2012, the best placement for a Swiss women's team in Gstaad was a fourth by Heidrich and Verge-Depre in 2017 after dropping the bronze medal match to recently-crowned world champions Melissa Humana-Paredes and Sarah Pavan of Canada. 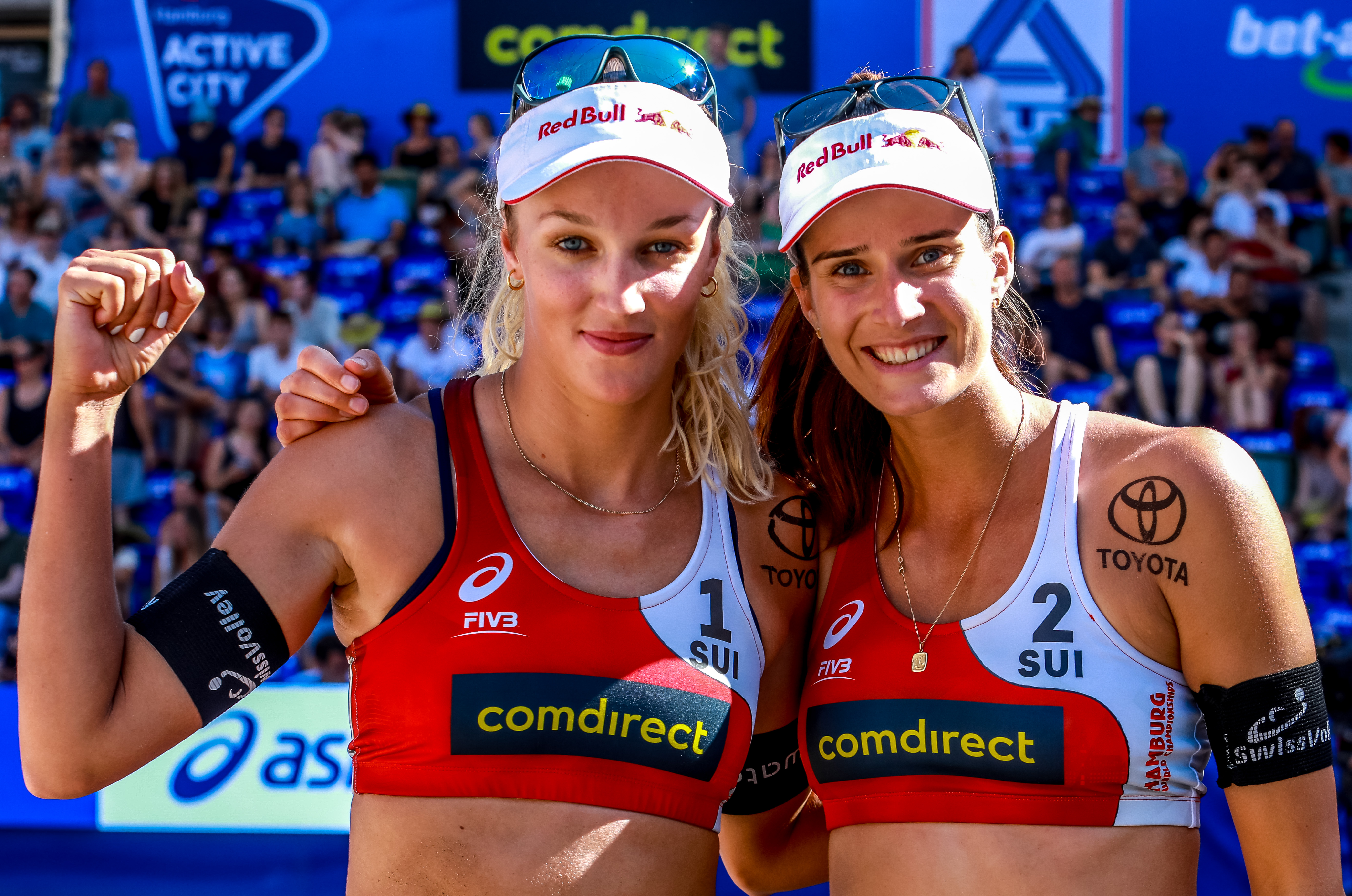 Switzerland's Anouk Verge Depre (left) and Joana Heidrich
On the Swiss men's side of the competition, Heidrich's younger brother Adrian and his partner Mirco Gerson are seeded eighth in the competition and play 25th-seeded Canadians Grant O'Gorman and Ben Saxton in their first match Wednesday at 12 p.m.
If the Swiss men are successful in tying their FIVB series with the Canadians at 1-1, Heidrich and Gerson will play Wednesday afternoon for the Pool H title against ninth-seeded Tri Bourne/Trevor Crabb of the United States or 24th-seeded Clemens Doppler/Alexander Horst of Austria. Bourne and Crabb defeated the Swiss once this season at a May World Tour event in Brazil.  Heidrich and Gerson defeated the Austrians twice last season in China and Russia. 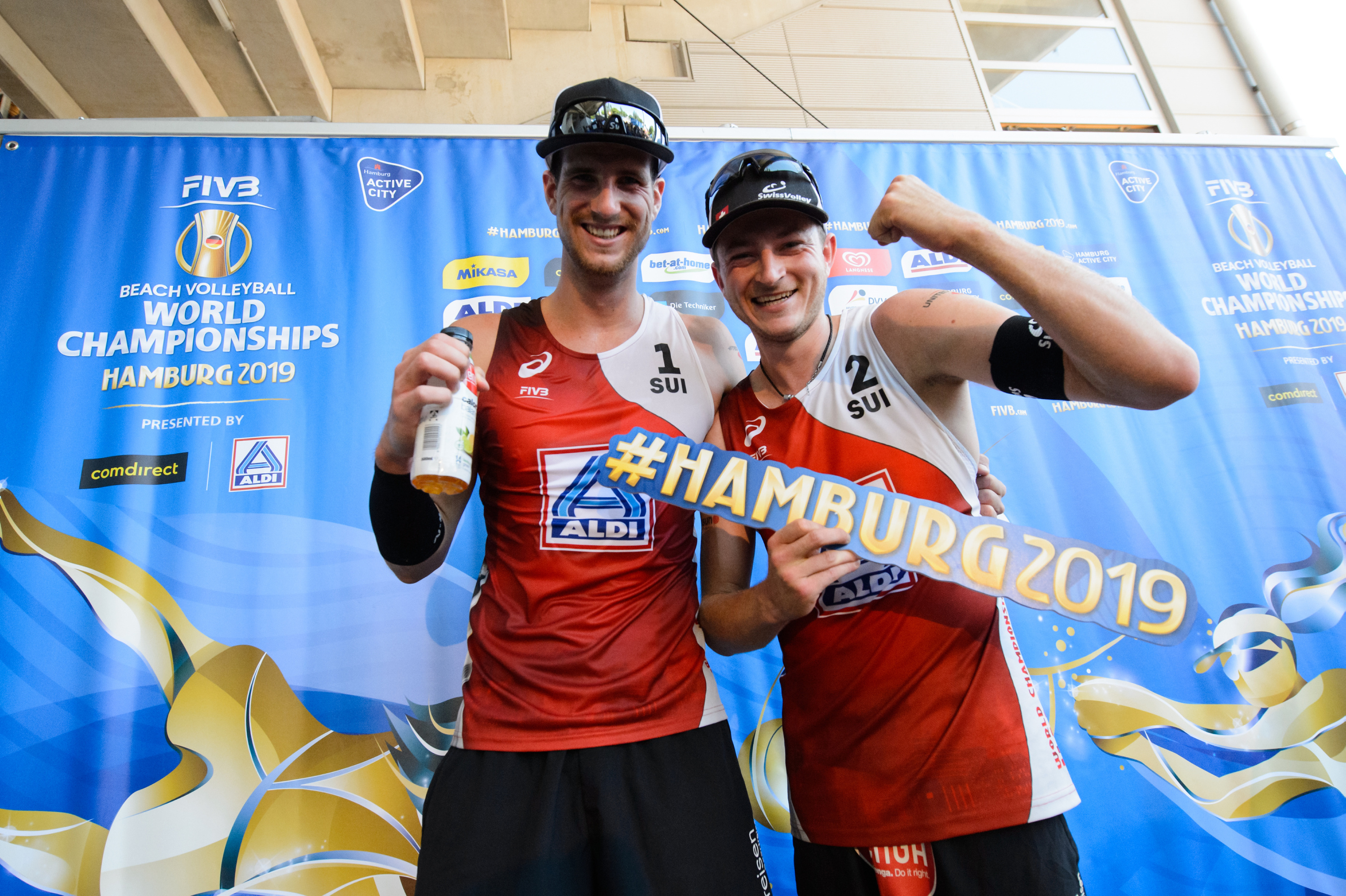 Adrian Heidrich (left) and Mirco Gerson placed 17th at the 2019 world championships
The last time a Swiss men's team reached the Gstaad podium was 2004 when Patrick Heuscher and Stefan Kobel captured the gold medal after placing third in 2003 on the Swiss Alps village center court.  The Laciga brothers (Martin and Paul) captured the Gstaad silver medal in 2001.
The men's competition ends first with the medal matches Saturday.  The women's final four matches will be played Sunday highlighted by the afternoon finale as Humana-Paredes and Pavan seek their second-straight gold medal in Gstaad.  Each gender’s winning team will share the $40,00 first-place prizes.