All FIVB events lead to Rome for World Tour Finals 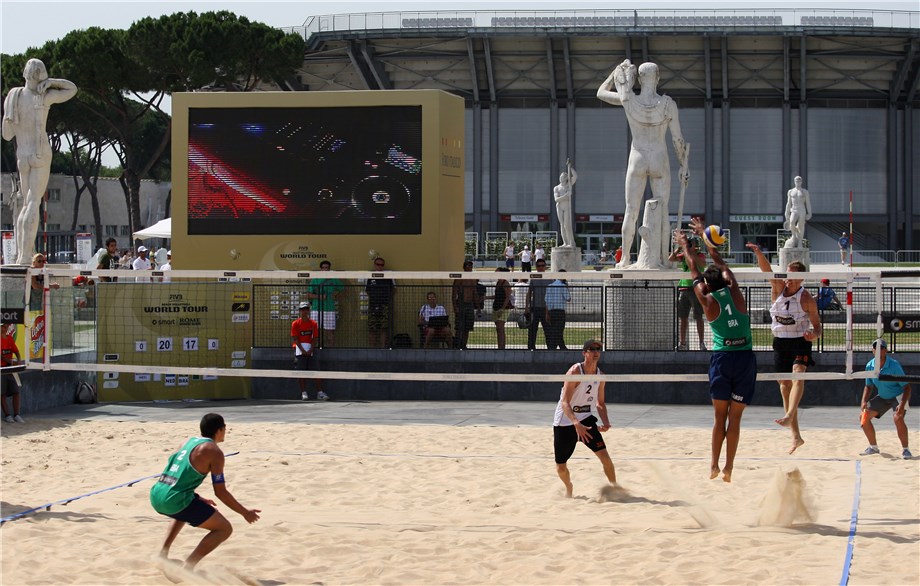 Rome, Italy, September 1, 2019 - It has been 374 days since the start of the 2018-2019 FIVB World Tour campaign in Hungary and the final event this season begins here Wednesday with qualifying at the Foro Italico.
Quick links - Beach volleyball:
FIVB Beach Volleyball World Tour Finals - Rome
Facebook
Twitter
Instagram
The $600,000 FIVB World Tour Finals features men's and women's competition where the current entry list has 113 teams from 28 countries contending for the $40,000 first-place prizes and the 1,200 qualifying points per gender towards the Tokyo 2020 Olympic Games.
With the FIVB visiting the Italian capital for the first time since 2013, the World Tour Finals schedule features main draw pool play on Thursday followed by the opening elimination rounds Friday, quarter- and semifinal matches Saturday and the podium-placement contests Sunday evening on the Foro Italico centre court. 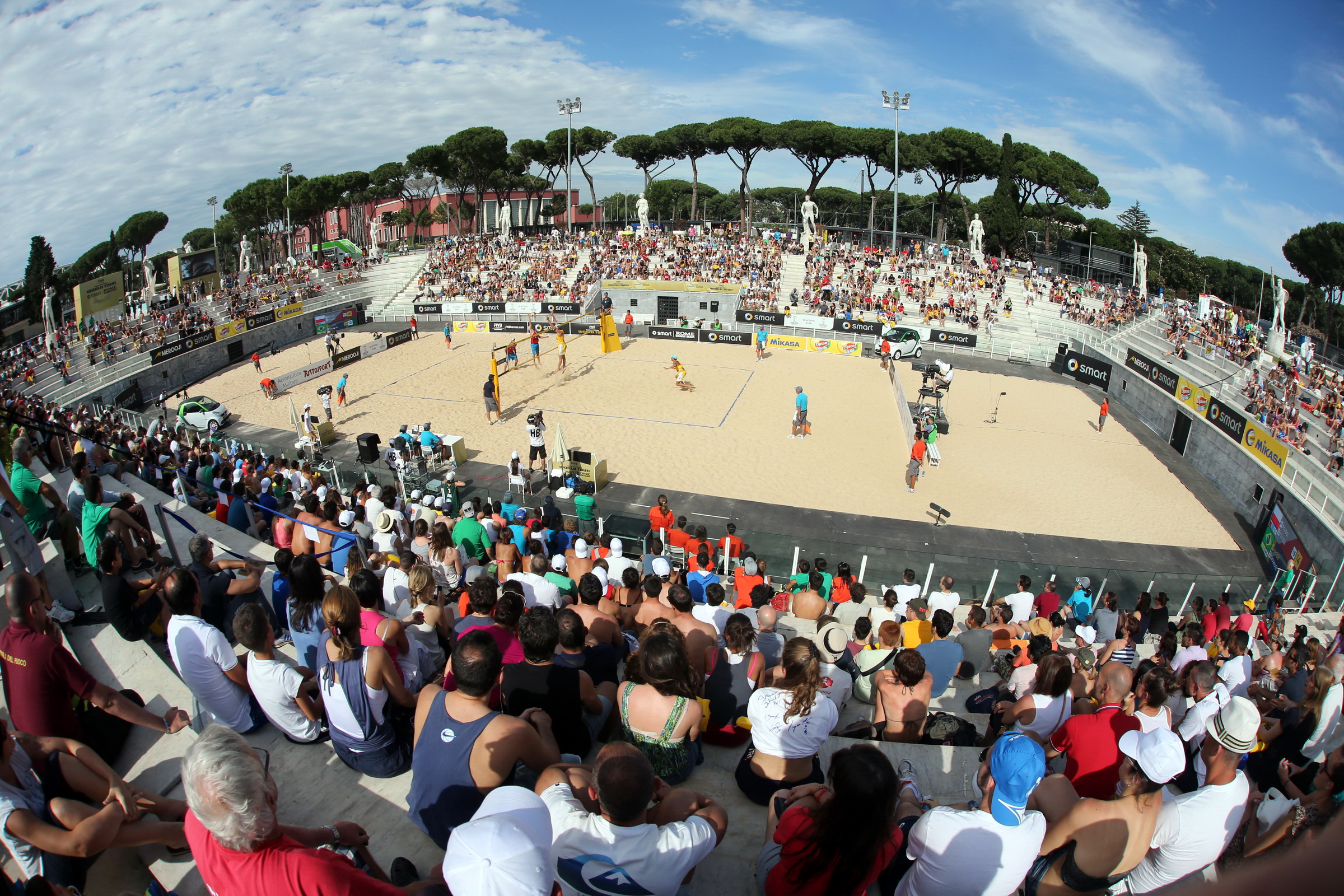 The 2013 Rome Grand Slam centre court at the Foro Italico
With the international beach volleyball circuit visiting 56 sites in 37 countries over a 53-week period, the 2018-2019 season has been the most extensive in the history of FIVB-sanctioned events that started in February 1987 in Rio de Janeiro for men and August 1992 for women in Almeria, Spain.
This week's FIVB World Tour Finals will be the 49th event this season for men that sets a record for most tournaments for either gender in one campaign with the previous mark being 43 for women on the 2017-2018 international calendar.
At those 49 men’s events, 718 players from 65 countries competed to set another record for participation by any gender in World Tour events with the previous mark being 680 men from 64 countries in 2017-2018.
The 47 women's tournaments this season has attracted 661 players from 70 countries to set a record for the gender with the previous bests being 615 players for 62 countries during the 2017-2018 season.
The 2018-2019 World Tour calendar featured events within all five FIVB confederations (African, Asian, European, NORCECA and South American), as a total of 1,379 players from 79 countries competed for the $7.5-million in prize money.
With the FIVB creating a star system for tournaments in 2017, the 2018-2019 calendar featured two 5-star, 12 4-star, six 3-star, eight 2-star and 29 1-star events, as well as the FIVB World Championships in Germany and this World Tour Finals.
The 33rd year of FIVB beach volleyball play began in Hungary with the inaugural Siofok Open for men and women August 23-26, 2018.  In addition to the World Championships and the World Tour Finals, other top events were played in Austria and Switzerland highlighted by the World Tour's 20th visit to the Swiss Alps village of Gstaad.
With Italy hosting its third FIVB World Tour event this season after single gender tournaments in July at Alba Adriatica (women) Pinarella di Cervia (men), China staged the most competitions with visits to nine events at eight sites in the Asia country.
Italy has hosted 33 previous FIVB World Tour events at 12 sites.  Jesi hosted the first FIVB World Tour men’s event in 1989 and Pescara staged the first women’s tournament in 1997.  Lignano has hosted the most World Tour events with nine visits (1990, 1992, 1995-2001) with Rome second with tournaments for five-straight seasons (2009-2013).
Prior to the FIVB World Tour Finals this week in the Italian capital, Italy also hosted events in July with a women’s-only competition in Alba Adriatica and a men’s-only tournament event in Pinarella di Cervia.  In the future, Rome has also been awarded the 2021 FIVB World Championships.