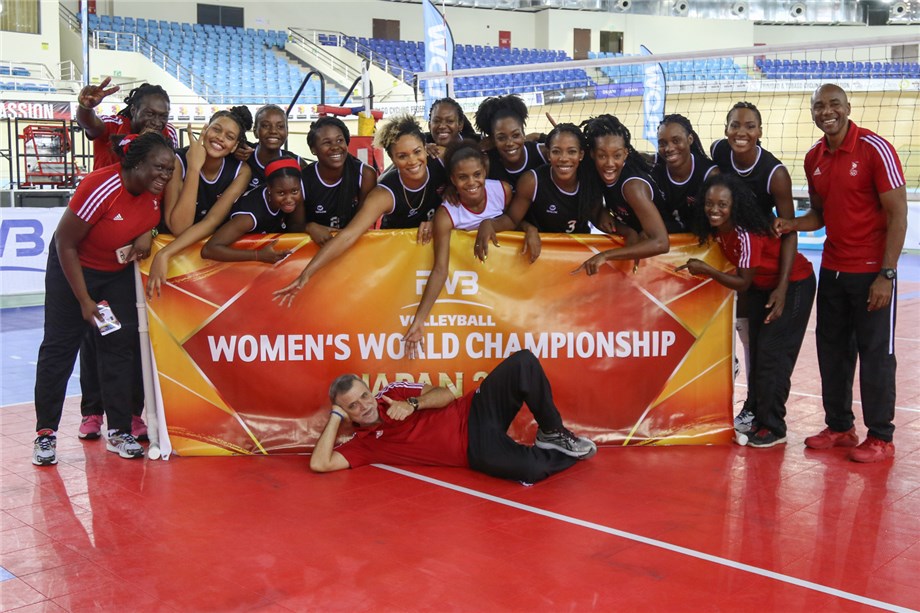 Trinidad & Tobago celebrate historic first ever qualification to an FIVB World Championship after beating Costa Rica in Port of Spain.

Lausanne, Switzerland, October 15, 2017 - All four tickets up for grabs this weekend at the North & Central America and Caribbean (NORCECA) qualifiers for the 2018 FIVB Women's World Championship were punched with a day to spare as the Dominican Republic, Puerto Rico, Trinidad & Tobago and Mexico made Japan 2018.

In Port of Spain hosts Trinidad & Tobago scored a historic win over Costa Rica 3-0 (25-19, 25-17, 25-22) that saw them through to their first ever World Championship in the history of the competition. Trinidad & Tobago were led by Sinaed Jack who scored 15 points, while Krystie Esdelle added another 13. 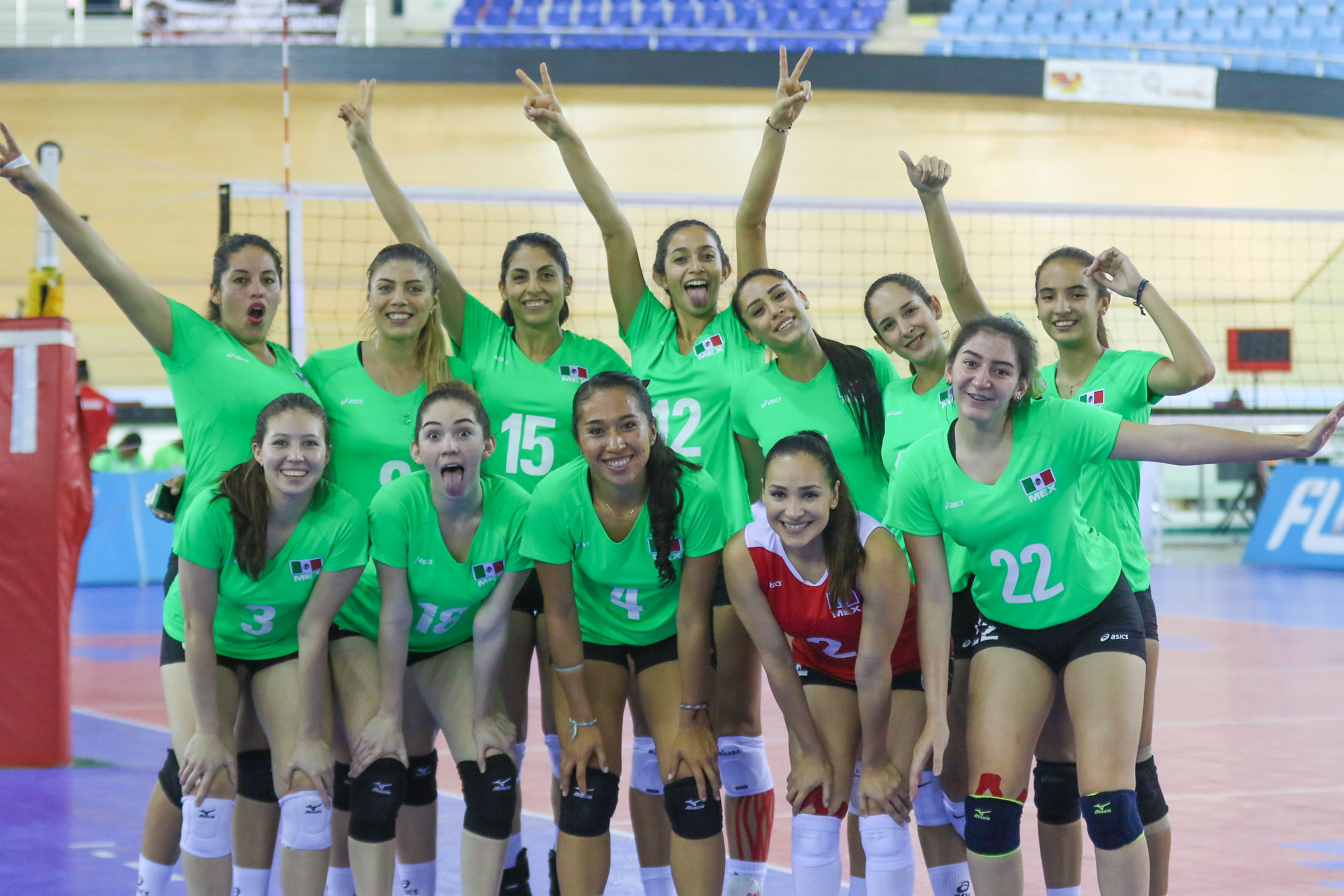 Mexico celebrate win over Dominica in Port of Spain that sees them through to the 2018 FIVB World Championship.

And in Santo Domingo, Daly Santana scored 16 points as Puerto Rico shut out Guatemala 3-0 (25-11, 25-16, 25-13) to make their seventh overall and fifth straight World Championship. Puerto Rico's best finish in the history of the competition was a 10th place in 2002 in Germany. 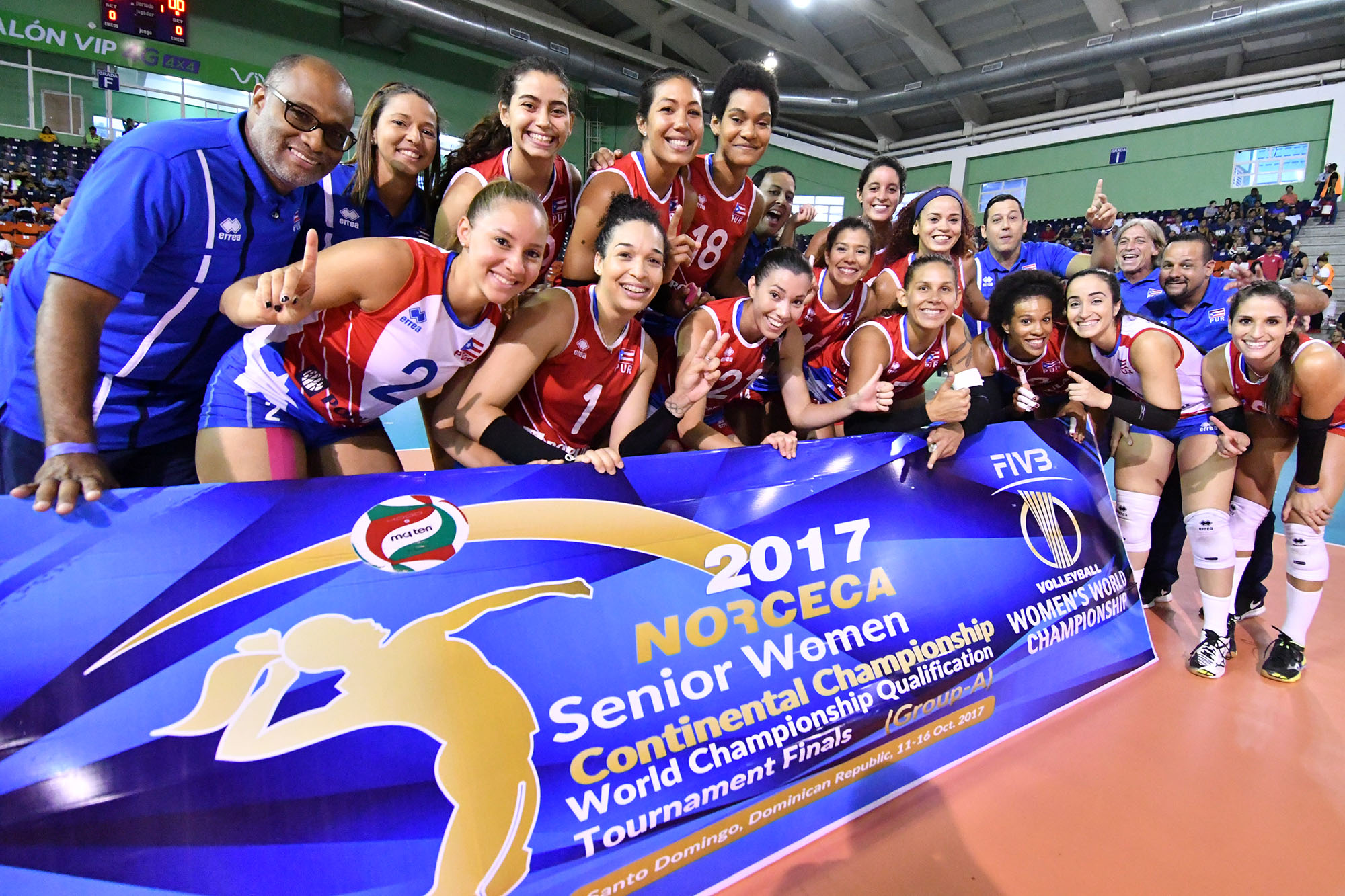 Puerto Rico enjoy their moment of glory after beating Guatemala in Santo Domingo to make it through to the 2018 FIVB World Championship.

Hosts Dominican Republic wrapped up the day claiming the last remaining ticket with a 3-0 (15-14, 15-11, 25-6) sweep of Jamaica, led by Bethania de la Cruz's 11 points. The Dominican Republic, who stunned the world with a 5th-place finish in 2014, will be competing in the World Championship for the eighth time - and sixth straight. 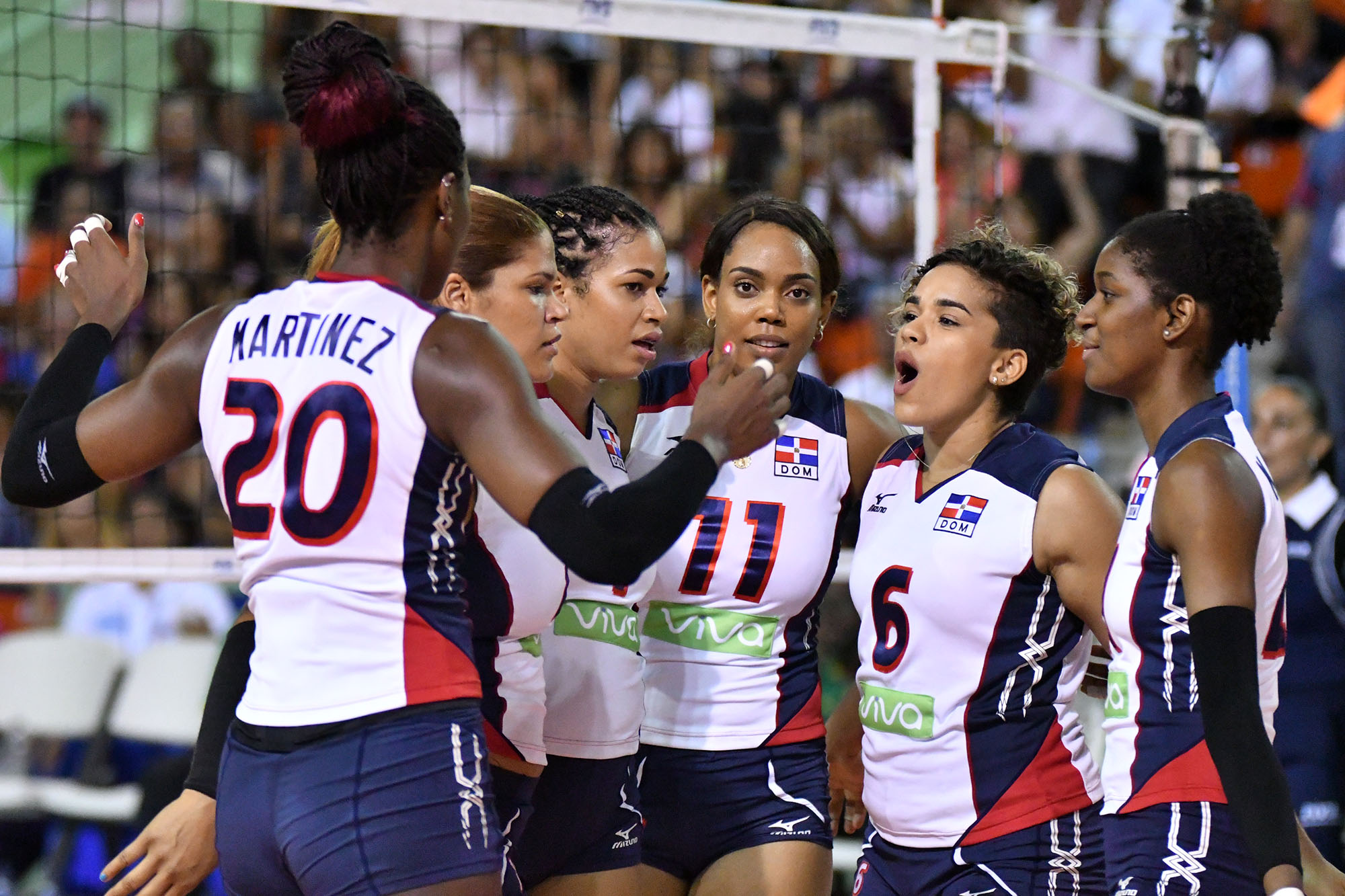 The Dominican Republic celebrate a point in Santo Domingo as they shut out Jamaica to qualify for the 2018 FIVB World Championship.

Competition in the two pools, part of the NORCECA Continental Championship, wraps up on Sunday, with the four qualified teams clashing to decide who finishes at the top of each group.

Canada and Cuba had already punched their tickets for Japan 2018 when they finished 1-2 in Pool C of the NORCECA qualifiers last month in Vancouver.

Together with the South America qualifier in Arequipa, this weekend sees the full roster completed for the 2018 FIVB Women's World Championship.

Already qualified are Japan as hosts and USA as defending champions. Russia, Serbia, Turkey, Italy, Azerbaijan, Germany, the Netherlands and Bulgaria all qualified from Europe, Brazil advanced from South America, while China, Kazakhstan, Korea and Thailand made it through the Asian qualifiers, in addition to Cuba and Canada from NORCECA. Meanwhile, Kenya and Cameroon secured the African tickets on Friday evening in Yaounde.

For more information on the two NORCECA tournaments, including full schedules, live scores, photos and statistics, check out the dedicated sections on the Confederation's website: