Alvaro Filho reflects on a life in beach volleyball

Quick links - Beach volleyball:
FIVB Beach Volleyball World Tour - Haiyang
FIVB.com - Beach Volleyball
Latest Videos
Facebook
Twitter
Instagram
Alvaro Filho grew up in the state of Paraiba in Brazil, and his parents wanted him to lead a normal life by studying hard, pursuing a university degree and eventually choosing a career of his own.

“As a kid I never thought of becoming a professional beach volleyball player,” Alvaro Filho said. “When I was young, my father would tell me to study and do different things - like what all parents would tell their child. However, I could not imagine myself living the life of an engineer or a lawyer.”

“Beach volleyball changed my life,” Alvaro Filho explained. “I was not formally trained to be a beach volleyball player as a kid, but I had a great opportunity to train with the best in my hometown - Joao Pessoa. At that time, the best team that trained there were Ricardo and Emanuel. They inspired me a lot to represent Brazil and become a professional player.” 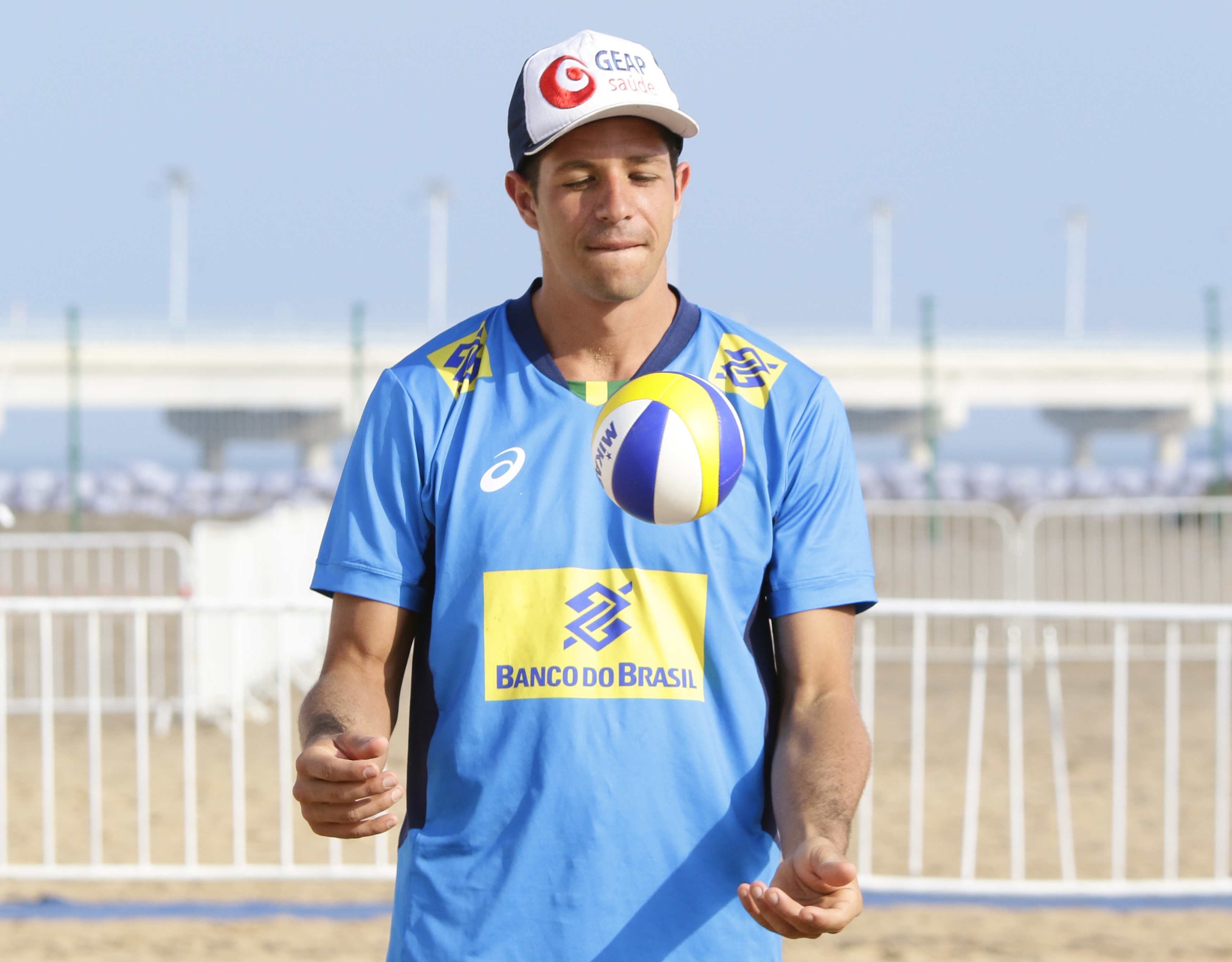 That inspiration changed his life, and he has became one of the most accomplished athletes on the World Tour.

Alvaro Filho is grateful for these achievements and the wonderful experiences he had through playing.

“This growing sport gave me a different outlook in life. Sometimes you just have to open your mind and see how beautiful the world is. I want to thank beach volleyball for taking me to these beautiful places and giving me unforgettable experiences.”

The Brazilian player beams with positivity and hopes that his team can put together a strong finish at the event in Haiyang.

“Haiyang has an incredible beach volleyball structure and we are enjoying our time here. We hope this place will bring us positive vibrations. There are no easy matches anymore because the level of all the teams is very good. The toughest opponent is always yourself, so I must try always to be better each day and help my partner.”