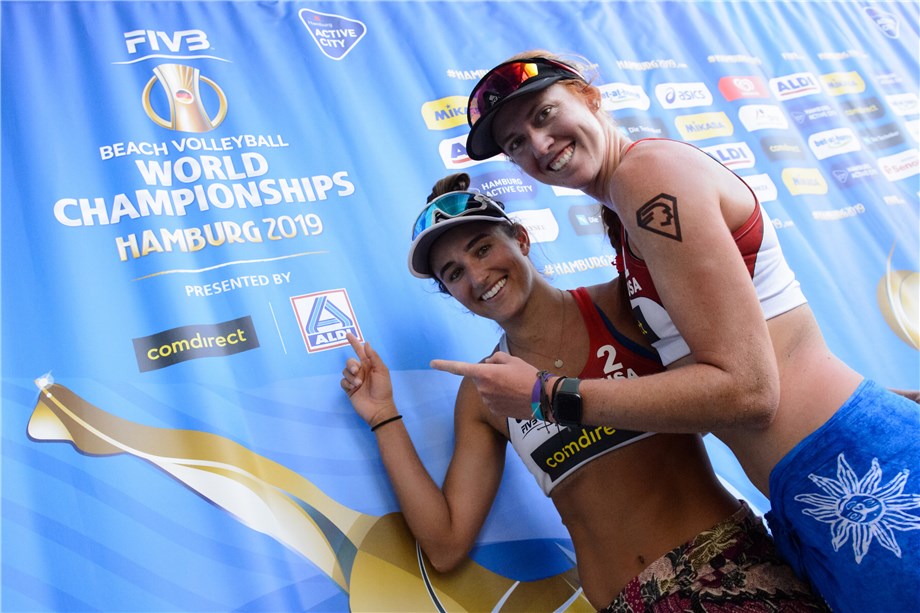 American collegiate rivals Sarah Sponcil (left) and Kelly Claes are playing together at the 2019 FIVB World Championships in Hamburg. 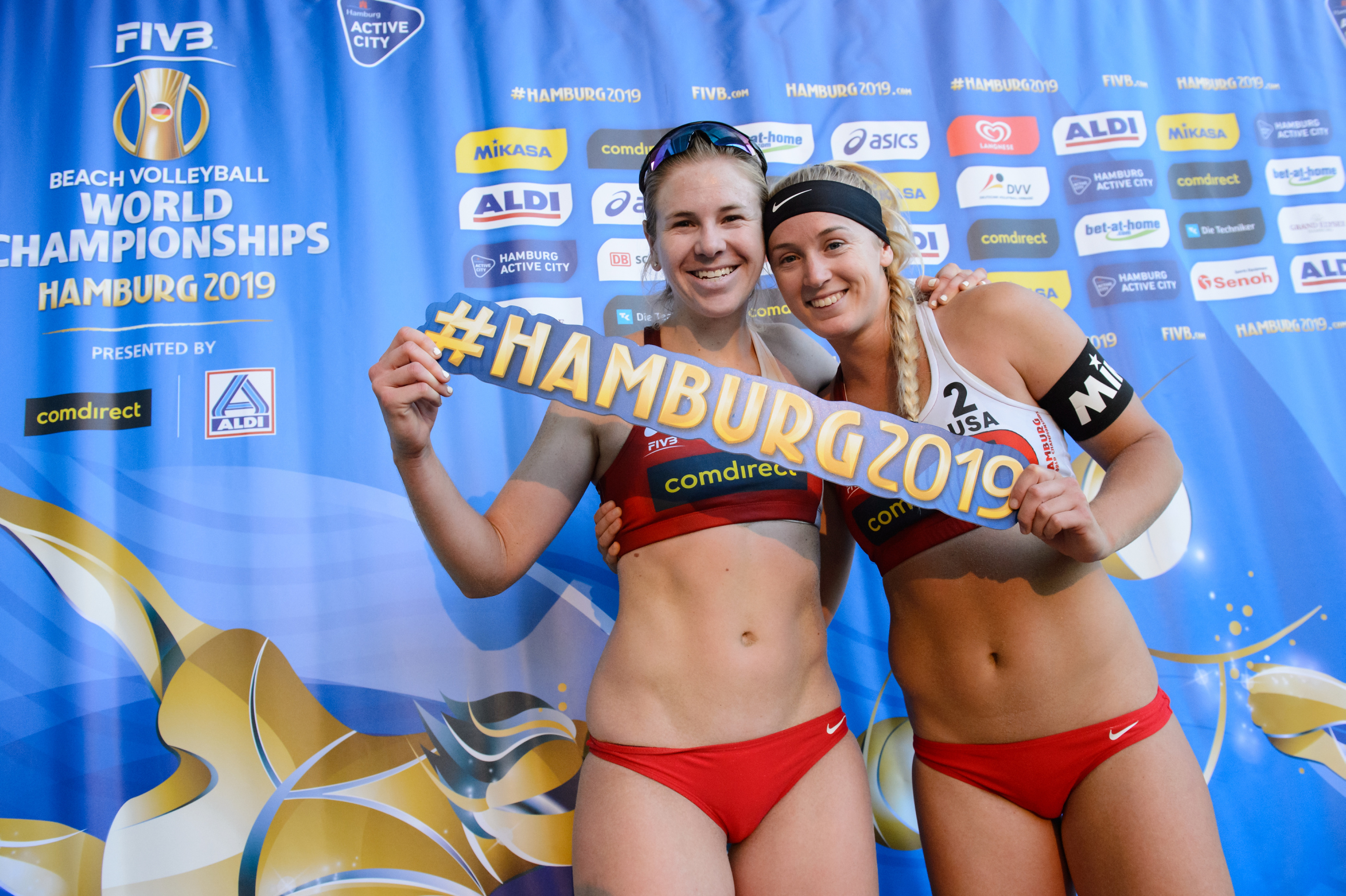 Summer Ross (left) and Sara Hughes of the United States
Former collegiate and FIVB World Tour partners, Claes and Hughes are playing in their second World Championships after placing ninth together at the 2017 Vienna finale. Ross placed fifth in Vienna with Sweat while Sponcil is playing in her first World Championships after completing her collegiate career in May in leading UCLA to the national title along with the Canadian McNamara twins (Megan and Nicole).
"In 2017, it was literally straight out of college so just being in the World Championships was a dream come true," said Hughes. "I almost didn’t understand how much of a powerhouse tournament it was. We were just the new college girls just coming out and having fun. We placed well but I am coming into this tournament with a different partner and a little bit more expectations."
Hughes added that she and Summer Ross are "out here to have fun and play our best, but we don’t want anyone to take us lightly. We want to be on the podium at the end of the day, that is what we are striving for. We want to come out and win a gold medal here and go to the Olympics and compete to the best of our ability for Team USA.”
Claes, who was eliminated with Hughes by eventual world champions Laura Ludwig and Kira Walkenhorst in the Vienna worlds, said playing the "German Olympic champions was fun. Sara and I had just beaten them (in the bronze medal match at an exhibition event in Long Beach). They were so fun to watch and so fun to play against."
Claes also noted that with the Tokyo 2020 Olympics "so close, an amazing finish here is going to make all the difference. I think the cool thing about me and Sarah’s (Sponcil) partnership is I kind of look ahead and she very much grounds us and keeps us in the present. I’m the one who sits down and looks at all the points because you need to know where you are standing, and she is just like “I don’t care, let’s just play."
Claes ended by saying she is "excited about this partnership and excited about Sarah, she is awesome, and I could rave about her for days.  Again, a good showing here is going to make or break for a lot of teams.”