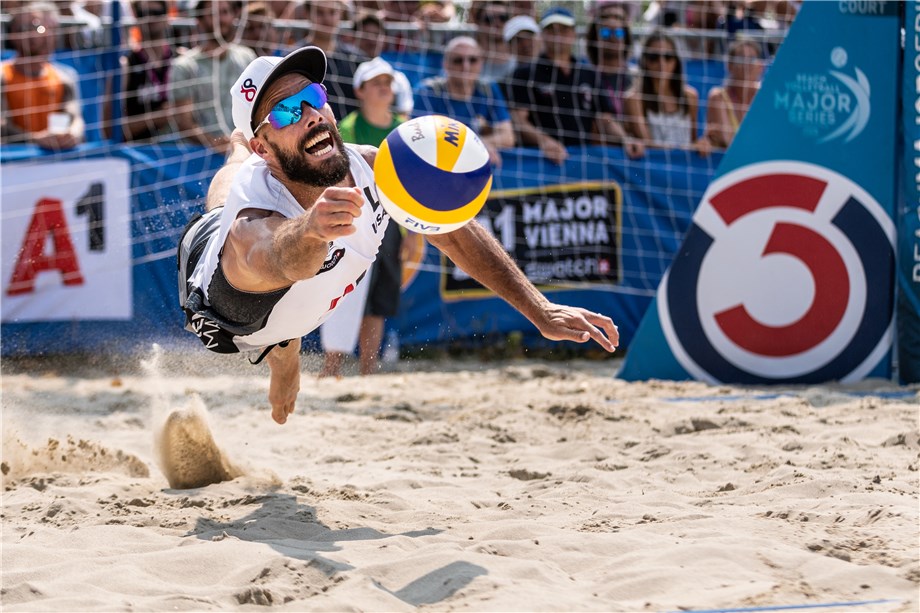 Vienna, Austria, July 31, 2019 - Five days after losing to Julian Horl and Tobias Winter in a pool play match at the Tokyo Open, Americans Theo Brunner and Reid Priddy avenged the setback by posting a two-set qualifying win over the Austrians here Wednesday at the $600,000 A1 Major Vienna presented by Swatch.
Quick links - Beach volleyball:
FIVB Beach Volleyball World Tour - Vienna
Facebook
Twitter
Instagram
With the 2-0 (21-17, 21-18) win in 33 minutes over the 23rd-seeded Horl and Winter, the seventh-seeded Brunner and Priddy advanced to Thursday's main draw with seven other pairs from Wednesday’s final qualifying rounds at the FIVB World Tour event.
"It was almost like last week in Tokyo," said the 34-year-old Brunner.  "We won the first set in Tokyo and had a lead in the second set. The same thing almost happened again today. We win the first set and had a comfortable lead in the second set and the Austrians came charging back. This time we were able to withstand their last rally."
Brunner and the 41-year-old Priddy, a four-time indoor Olympian, held an 18-14 second lead Wednesday over Horl and Winter as the Austrian scored three-straight points to make it 18-17. After a time out for the Americans, Brunner and Priddy stopped the run and out-scored the Austrians 3-1 down the stretch.
It was the second qualifying win for Brunner and Priddy over an Austrian team in the A1 Major Vienna qualifier as the Americans opened the preliminary rounds Wednesday with a 2-0 (21-16, 21-15) win in 34 minutes over Peter Eglseer and Florian Schnetzer from the host country.
In addition to the United States, other countries advancing from the qualifier to the A1 Major Vienna money rounds were Canada and The Netherlands with two teams each along with pairs from Brazil, Germany and Switzerland.
Canadians gaining Main Draw berths on Wednesday were second-seeded Sam Pedlow/Sam Schachter and Grant O’Gorman/Ben Saxton. Dutch qualifiers were top-seeded Alexander Brouwer/Robert Meeuwsen and 12th-seeded Steven van de Velde/Christiaan Varenhorst. 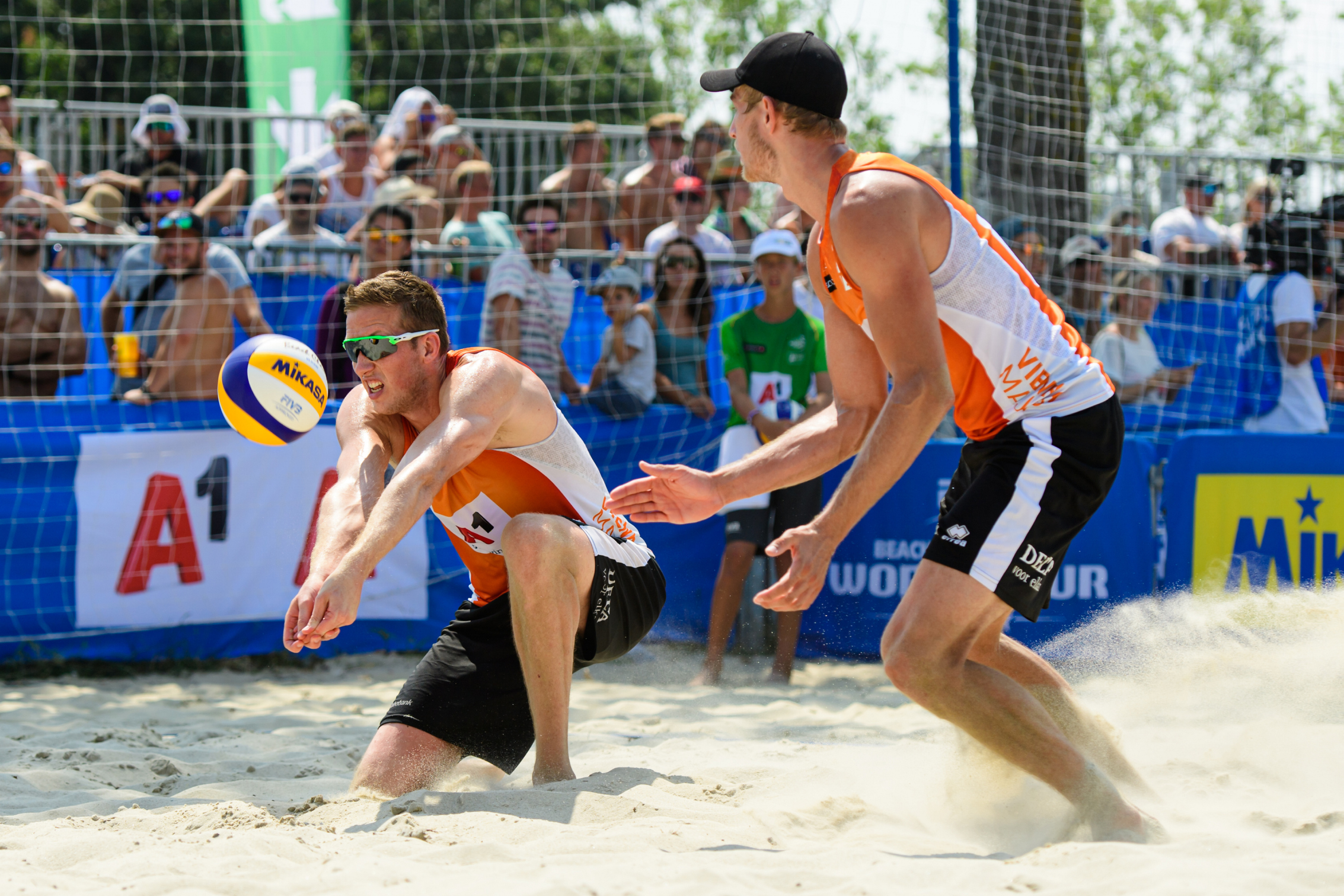