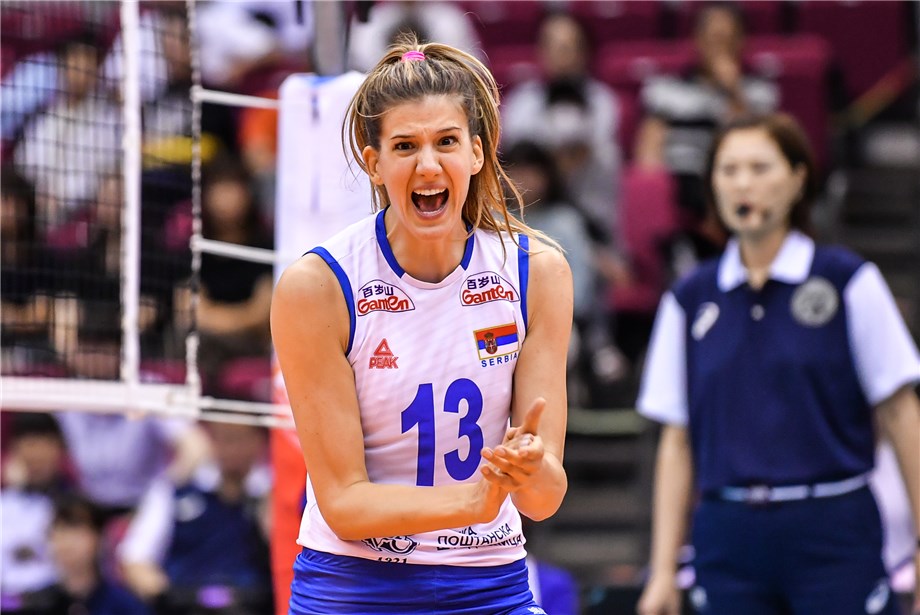 Hamamatsu, Japan, September 18, 2019 – Ana Bjelica is only 27 years old but is one of Serbia's most experienced players at the 2019 FIVB Volleyball Women's World Cup in Japan, with Jovana Blagojevic. 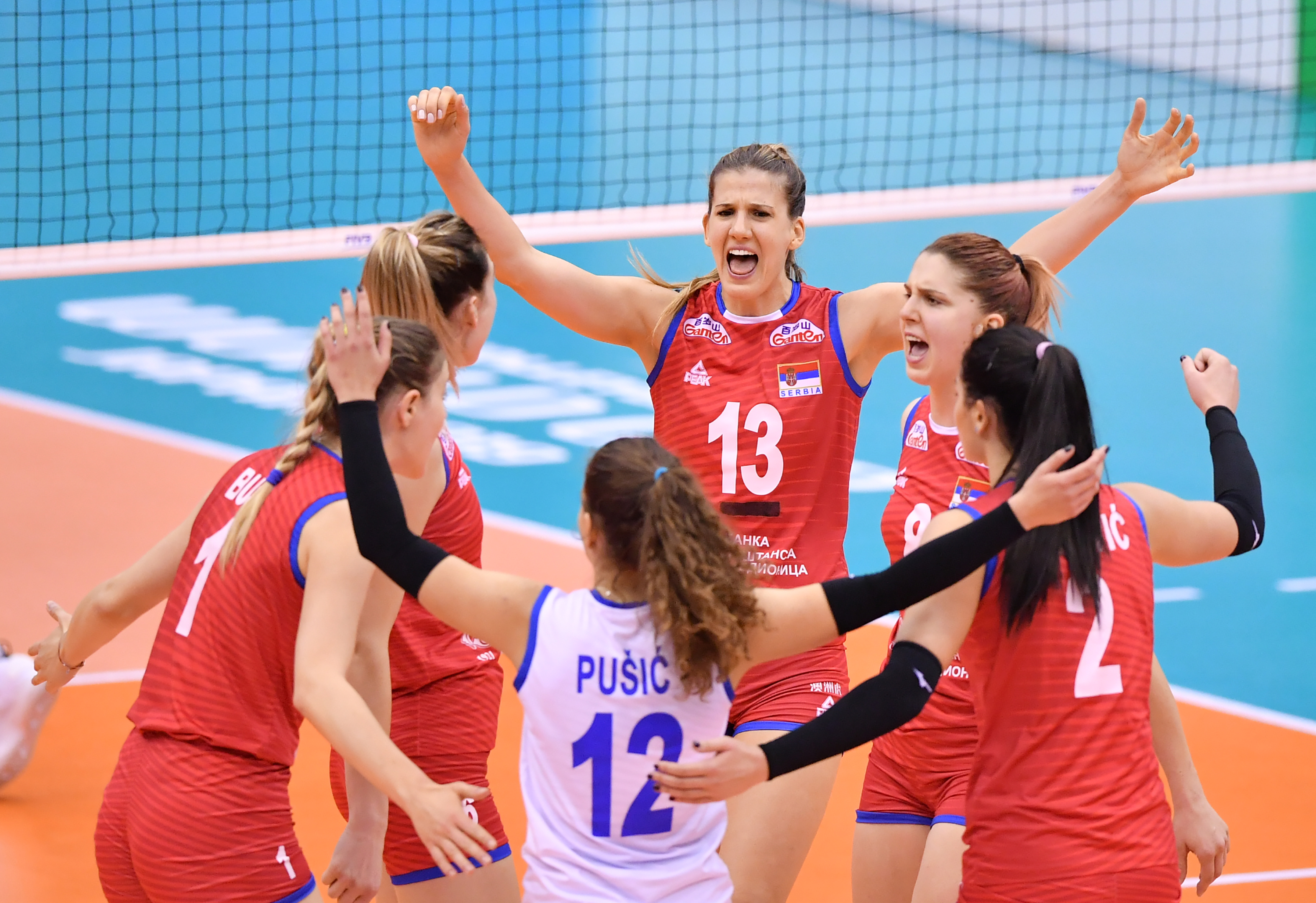 Bjelica is leading a young Serbian team at the 2019 FIVB Volleyball Women's World Cup
Bjelica is a reigning world and European champion and now big sister to her younger teammates as captain in this World Cup campaign. The opposite serves as the team’s source of inspiration and as a catalyst who shares the great legacy that Serbia has put together in the last few years.

“I’m happy that I can help these young Serbian players because some of them are playing in their first big tournament. I’m happy to take this responsibility to be captain so that I can share my experience and help them,” the world champion skipper said. 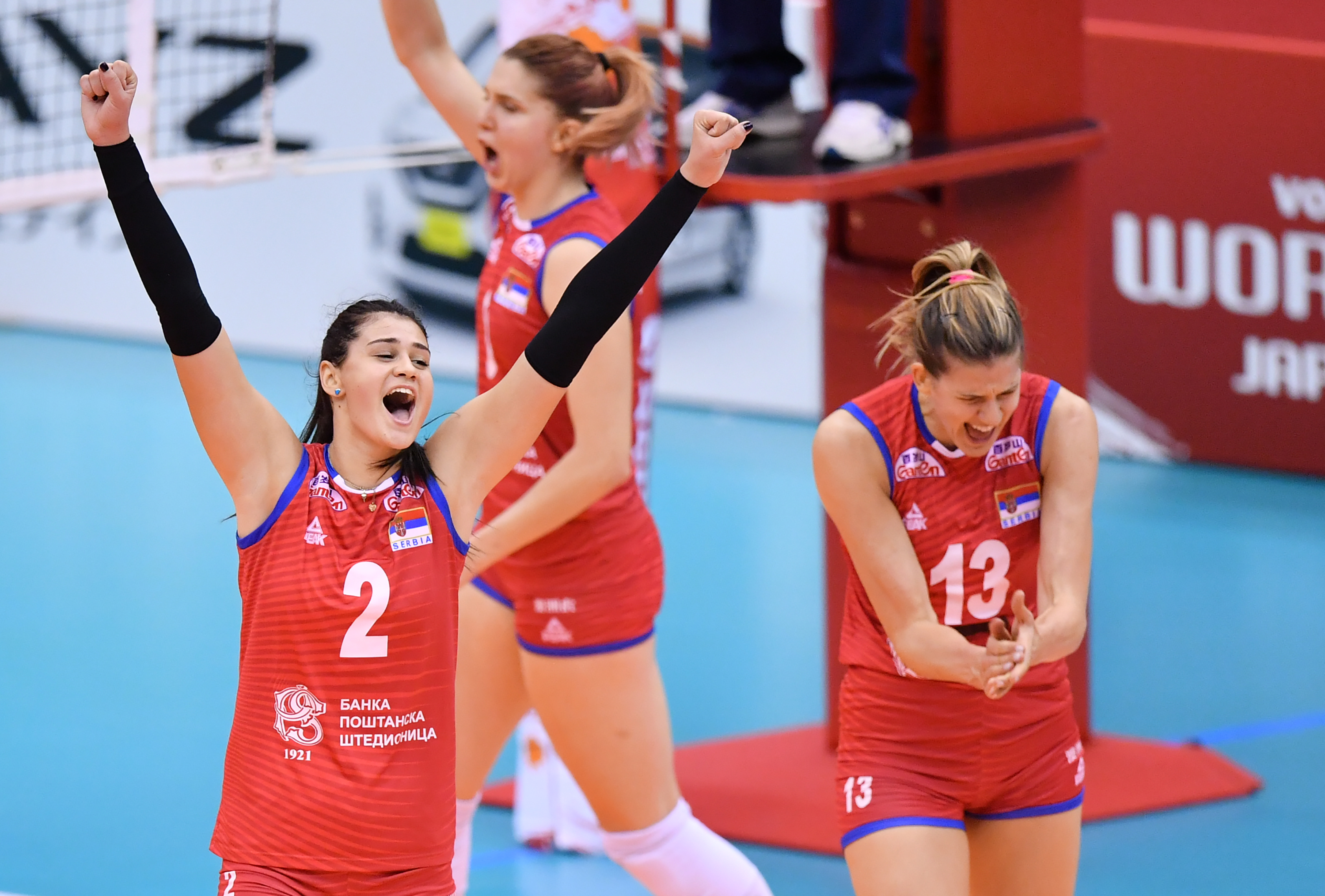 Bjelica has certainly earned that respect from her younger teammates.

“For sure she is a good captain and leader on and off the court. She is really a good person. She has been in the national team for a long time so she gives us a lot of good advice” Maja Aleksic said.

“We are a young team and we have a lot of energy and talent, and she puts a lot of balance in the team. She is a good player and a great person,” added Katarina Lazovic. 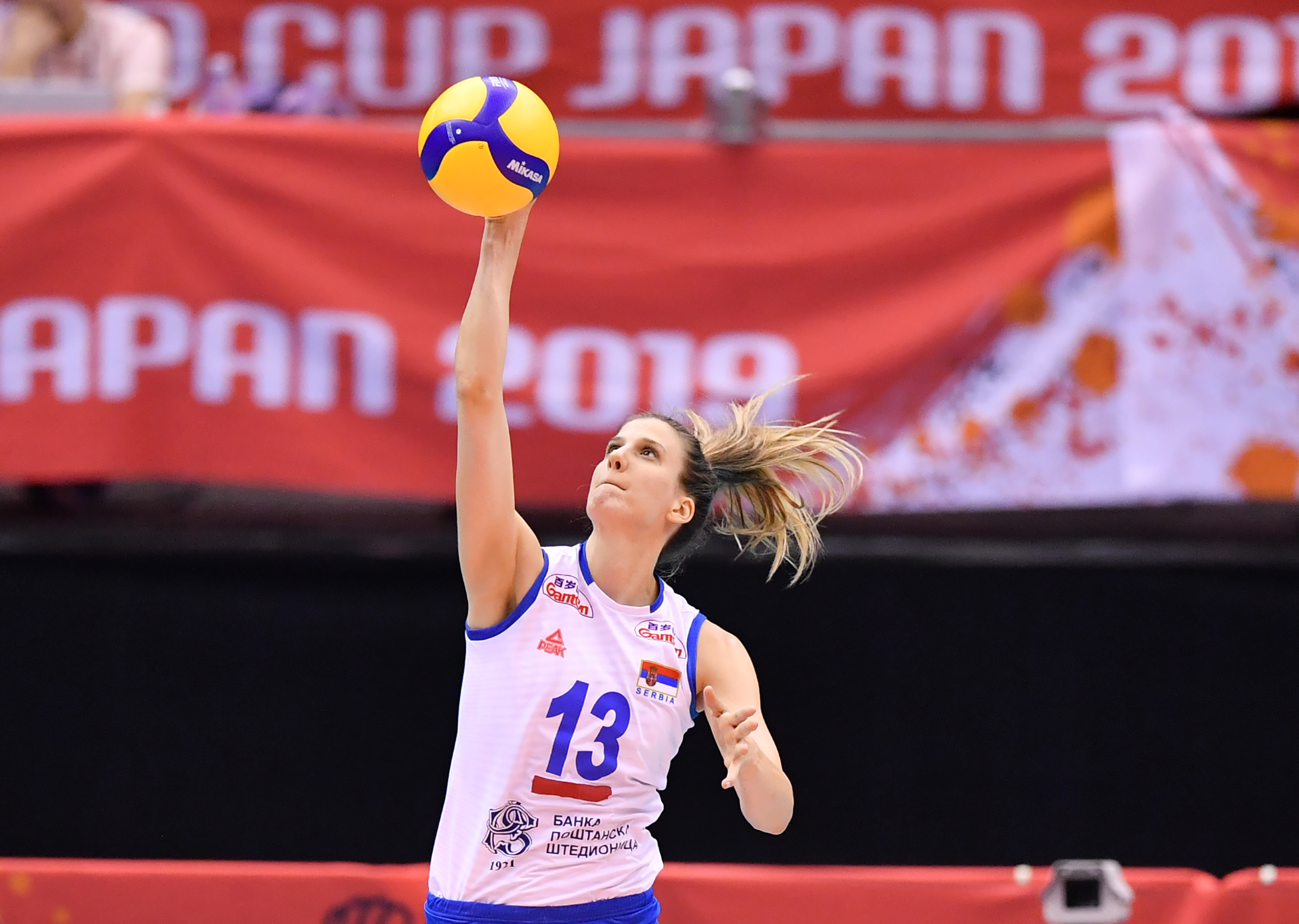 “She gives her 100 per cent every practice, like the young players, so she challenges us to perform 150 per cent at a minimum each time,” setter Sladjana Mirkovic said. “That’s how she pushes all of us.”

Serbia currently have a 2-2 win-loss card, with their first two outings not going in their favour, while the last two have set a better pace for the European squad.

“We started with two difficult matches against Brazil and the United States, but it’s important that we came to play with the same attitude in the next matches. We really did a great job,” Bjelica said.

Bjelica understands her role well and embraces it to help her squad fulfil bigger goals.

“In the last few tournaments, Serbia have been finishing on top but our main goal is really to just play good and give our best, so we will try to see how we can finish again on top because we still have matches but for sure we will give our best.”

Serbia's goals, of course, are to support their youth programme but also to win their first Olympic gold medal.

“In Serbia, we have a good programme that we are working on for our young players. I hope we can continue to make good results,” Bjelica shared. “This summer is really important for us and we expect a gold medal.”
Quick links - Volleyball:
FIVB Volleyball Women's World Cup
Facebook
Twitter
Instagram
Youtube