Stavanger, Norway, July 2, 2020 - Anders Mol, who celebrates his 23rd birthday today, and Christian Sorum are the “darlings” of the sport as the Beach Volleyball Vikings have captured 10 FIVB Beach Volleyball World Tour and two European Championship gold medals since playing their first event together in August 2016 at Klagenfurt, Austria.

Stavanger, Norway, July 2, 2020 - Anders Mol, who celebrates his 23rd birthday today, and Christian Sorum are the “darlings” of the sport as the Beach Volleyball Vikings have captured 10 FIVB Beach Volleyball World Tour and two European Championship gold medals since playing their first event together in August 2016 at Klagenfurt, Austria. 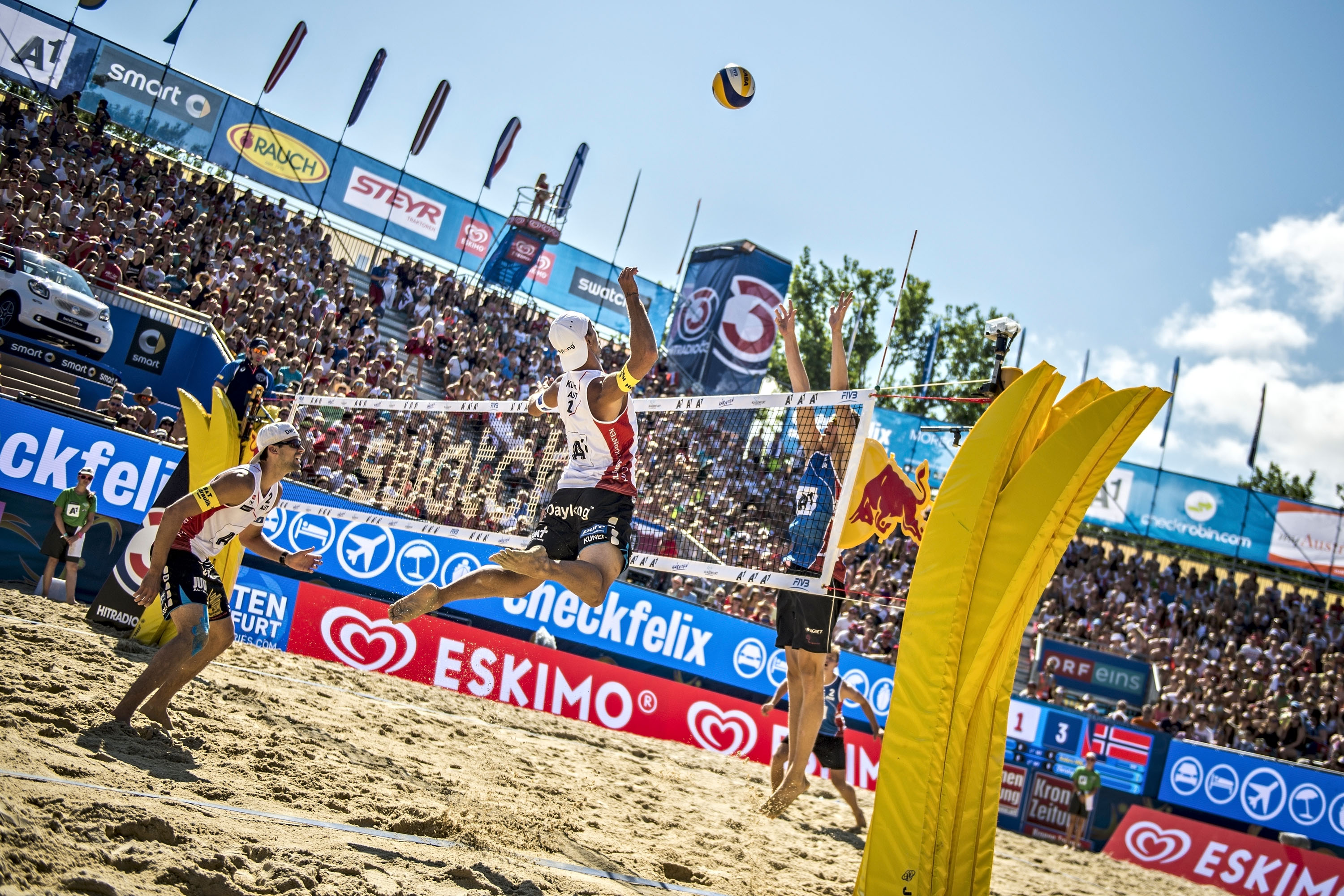 Anders Mol (blue top blocking) and Christian Sorum competing in their first FIVB World Tour event in 2016 at Klagenfurt, Austria, where the Norwegians placed fifth.
A year ago, at the FIVB World Championships in Hamburg, Germany, four-time medal winner Kerri Walsh Jennings of the United States said “those boys inspire me a lot. That’s how I want Brooke [Sweat] and I to play, really.”
It was in Stavanger, the Norwegian coastal port city where Walsh Jennings met Mol and the now 24-year-old Sorum, who were attending a FIVB World Tour event where Mol’s father Kare was coaching the host country teams.  Walsh Jennings noticed the young Norwegians doing the pepper drill on the sand between matches from 6 a.m. until well after dark.
“She walked by and told us, ‘Hey, you guys are so good that if you guys keep practising, you’re going to be playing on this stage one day,’” Mol recalled at the 2019 FIVB World Championships where he and Sorum finished third after losing to Germans Julius Thole and Clemens Wickler in a 70-minute, three-set semifinal match. 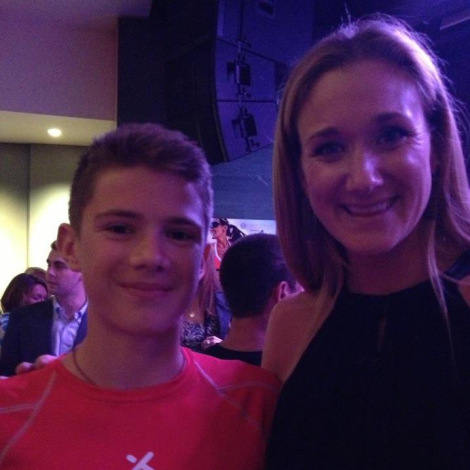 Anders Mol (left) and Kerri Walsh Jennings at an event in Stavanger, Norway
Quoted in a July 22, 2019, NBCsports.com article by Seth Rubinroit, Mol’s passion for the sport only increased after meeting Walsh, who also collected four medals at the FIVB World Championships. In the article, Mol mentioned as “a teenager, he derailed his family’s vacation plans in San Diego by making them battle traffic up to Los Angeles to hear Walsh Jennings give a speech.”
The article also said that “at 13 or 14, Mol and his brother (Hendrick) beat their parents for the first time. Impressive, considering Mol’s father was a former national indoor team player and his mother, Merita (née Berntsen), competed in beach volleyball at the 1996 Olympics.”
Growing up in a volleyball family and watching the world’s best players competing in Stavanger since he was two years old, Mol said he “always dreamed about playing on the World Tour. The blocking and overall game of Phil (Dalhausser) really made an impression on me.”
Mol is now following in Dalhausser’s footsteps as the Norwegian has already accumulated eight FIVB post-season awards. Dalhausser is the World Tour’s all-time leader in post-season awards with 30, but the American won his first at age 26 in 2006 while Mol’s first honor was at age 20.
Dalhausser, who captured 38 FIVB World Tour gold medals highlighted by podium-topping performances at the 2007 World Championships and 2008 Beijing Olympic Games, said in the July 22, 2019, NBCsports.com article that “beach volleyball players typically do not peak until their late 20s or early 30s. In my book, the Norwegians are already among the top teams to ever play. There are no holes in their game. I don’t see why they can’t keep this going.”
This website uses cookies to ensure you get the best experience on our website. For more information please read our Cookies Policy.
Ok