Humana-Paredes: Anybody can beat anybody out here 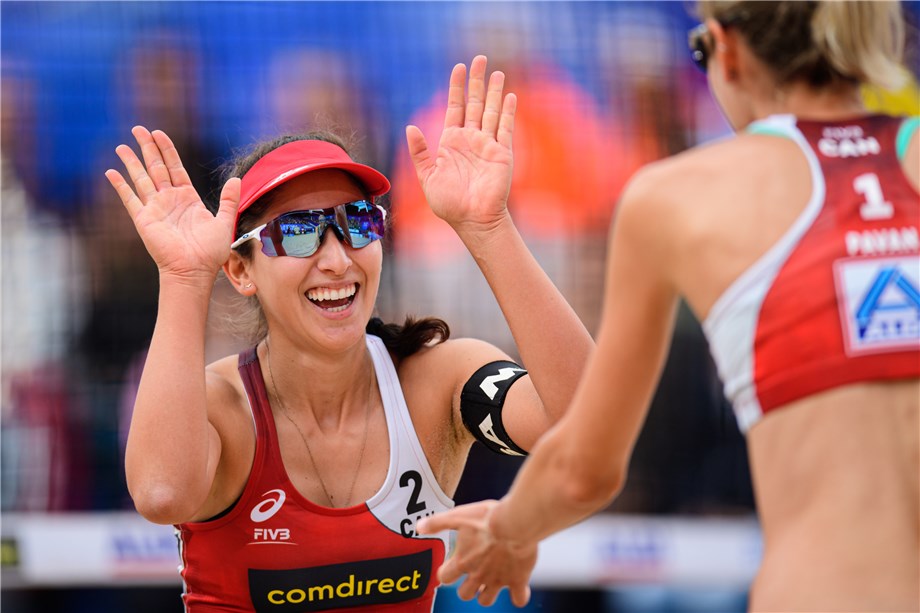 Hamburg, Germany, July 4, 2019 – They could have said as much when they started the FIVB Beach Volleyball World Championships presented by comdirect and ALDI Nord.
Quick links - Beach volleyball:
FIVB Beach Volleyball World Championships Hamburg 2019
FIVB.com - Beach volleyball
Facebook
Twitter
Instagram
Just think how difficult it is for teams to reach the quarterfinals in the elimination rounds.
“Anybody can beat anybody out here,” Canada’s Melissa Humana-Paredes said. “We’ve experienced it this season, we experienced it last season, you see it happening. Look what’s happening in this tournament alone, teams are good, and teams are here to play.”
Humana-Paredes and Sarah Pavan entered the tournament ranked No. 6 in the world. Their opponents in the round of 16 on Thursday, Sanne Keizer and Madelein Meppelink of the Netherlands, were ranked No. 10. Both teams are on track to reach the Tokyo 2020 Olympics.
Their collision on Centre Court at Am Rothenbaum Stadium showed just how close the competition is at this point.
When the dust settled, it was the Canadians with a 2-1 (21-18, 18-21, 15-9) victory. 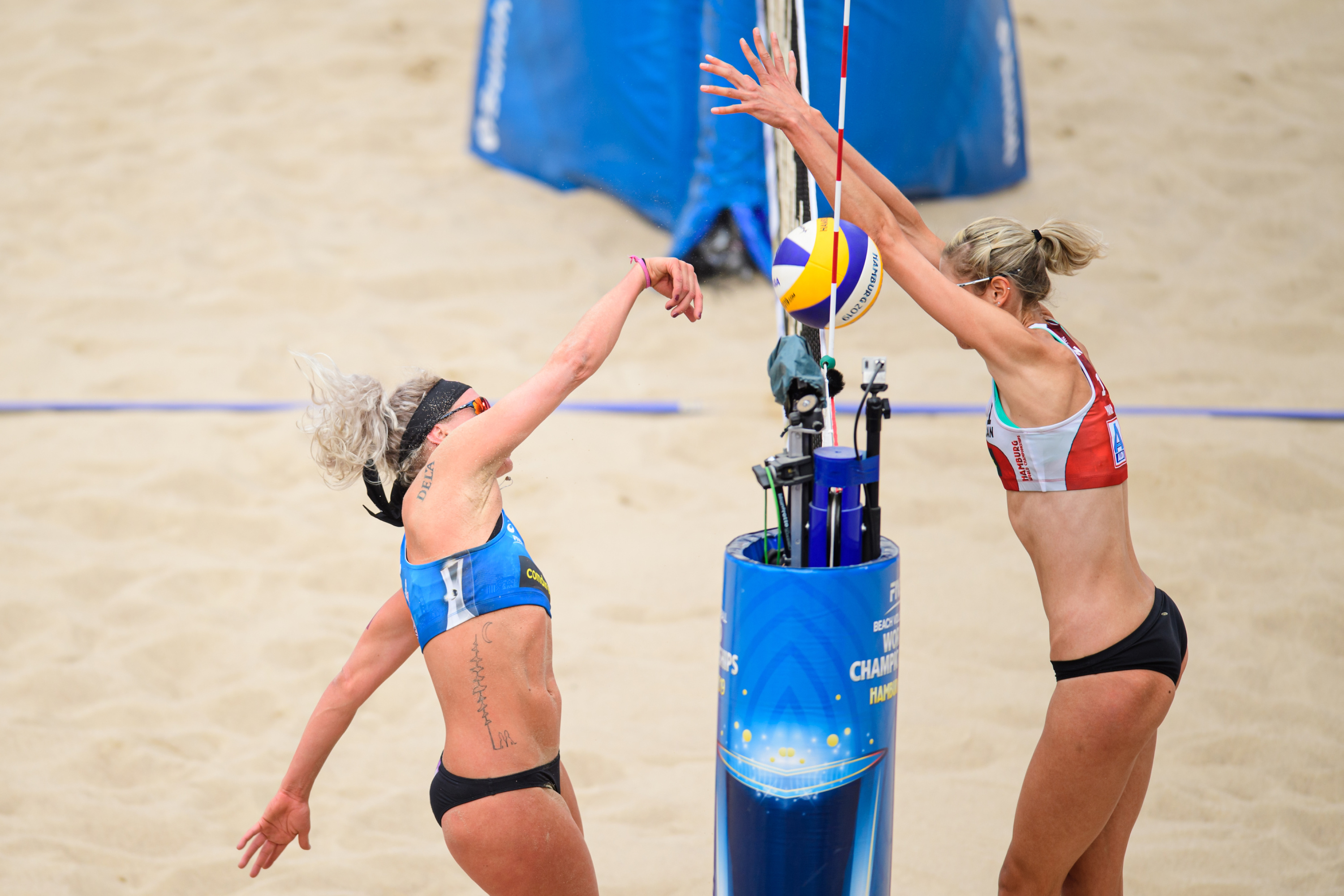 Sanne Keizer (left) of the Netherlands competes at the World Championships net against Sarah Pavan of Canada
“It feels great coming off of that win,” Humana-Paredes said. “We are just taking every game one at a time. It’s the quarterfinals now, so that’s our next focus. After that performance, if we can maintain that level throughout the next few games, we’re going to have a good shot.”
The Dutch seemed to seize the momentum after their victory in the second set, but the Canadians turned it around with Pavan controlling the net and Humana-Paredes sending up dig after dig.
They forced the Netherlands into an early timeout after the score reached 5-2, but Keizer and Meppelink could not get closer than a three-point margin the rest of the way.
“On the World Tour there are a lot of good teams and I know we are one of them,” Meppelink said. “But today we didn’t play like one of them.”
Humana-Paredes and Pavan will take on Italy’s Marta Menegatti and Viktoria Orsi-Toth in the quarterfinals on Friday. At stake will be a spot in the medal round, a huge chunk of FIVB World Tour points, and some nifty cash.
All that was an afterthought for the teams as they prepared for this clash. But no matter how good the game plan, sometimes matters on the court go awry.
“I think our game plan worked, but we didn’t execute very well,” Keizer said. “We just made too many mistakes on our side. I think Canada played very strong in the first set, they had a lot of pressure and mostly our sideout, that’s where it went wrong.
“From the first round on, you know that every opponent is a strong one and you have to play your game. We looked forward to the challenge and against this team, we didn’t do it the right way and they deserved to win.”
Two years ago, in the World Championships in Vienna, Pavan and Humana-Paredes finished in fourth after entering the semifinals. It’s the spot that hurts, being one victory of standing on the podium for the awards ceremony.
“We have to be aggressive,” Pavan said. “When we are in control and are aggressive in our mindset, things go our way often.
“It’s been a process and our games have been progressively more difficult, but I think we’ve reached our level. We’ve really been focused on our game-planning and I’ll give credit to Scott (Davenport), our coach.”
Keizer’s highest finish in the World Championships was fifth with Marleen Van Iersel in Stavanger, Norway, in 2009. Meppelink has finished as high as ninth (also with Van Iersel) in 2015 in the Netherlands.
For them it’s another ninth-place finish, a nice result in a 48-team tournament, but little consolation just after the match.
“Yes, I know we get a lot of points for our ultimate dream, and that’s the Olympics,” Keizer said. “But we came for a medal and we didn’t reach that, and for now it’s mostly disappointment.”