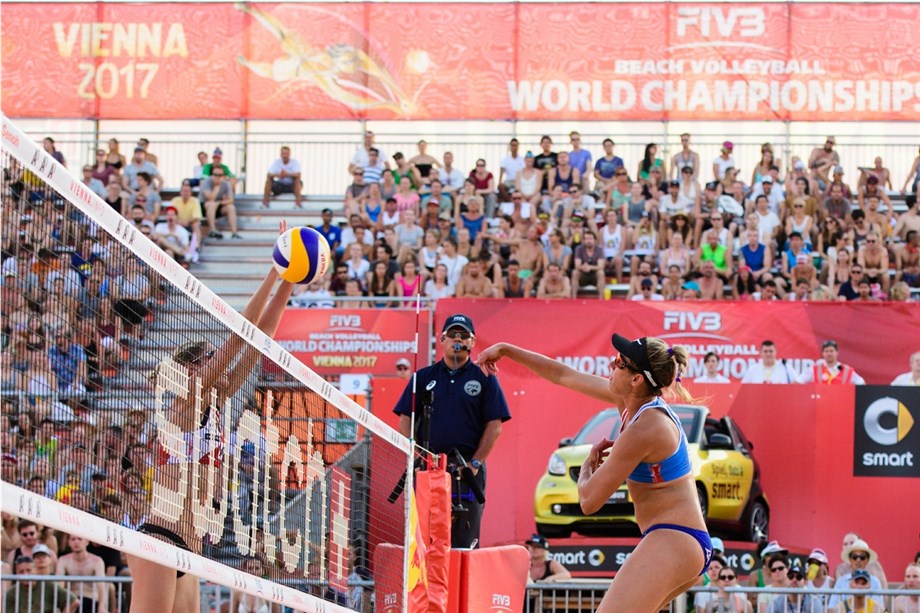 Lausanne, Switzerland, June 20, 2019 - April Ross claimed the silver medal at the 2017 FIVB Beach Volleyball World Championships, but it took overcoming significant adversity to get to the podium in Vienna, Austria.

Then, less than two months before departing for Austria, Ross suffered a broken toe.

“That year was really hard for me,” Ross said earlier this month at the AVP New York City Open.

Ross decided to partner with Lauren Fendrick after splitting with Walsh Jennings.

The mid-season partnership change required patience. They finished no better than ninth in their first three FIVB Beach Volleyball World Tour tournaments, as Fendrick had to adjust to playing on the right side for the first time.

But the longtime rivals quickly established chemistry. They first met in high school, when they competed for rival club teams. The rivalry continued in college, with Fendrick playing indoor volleyball for UCLA and Ross representing USC.

“Lauren and I were both on the same page,” Ross said. “We both approached each match with the mindset we have nothing to lose.” 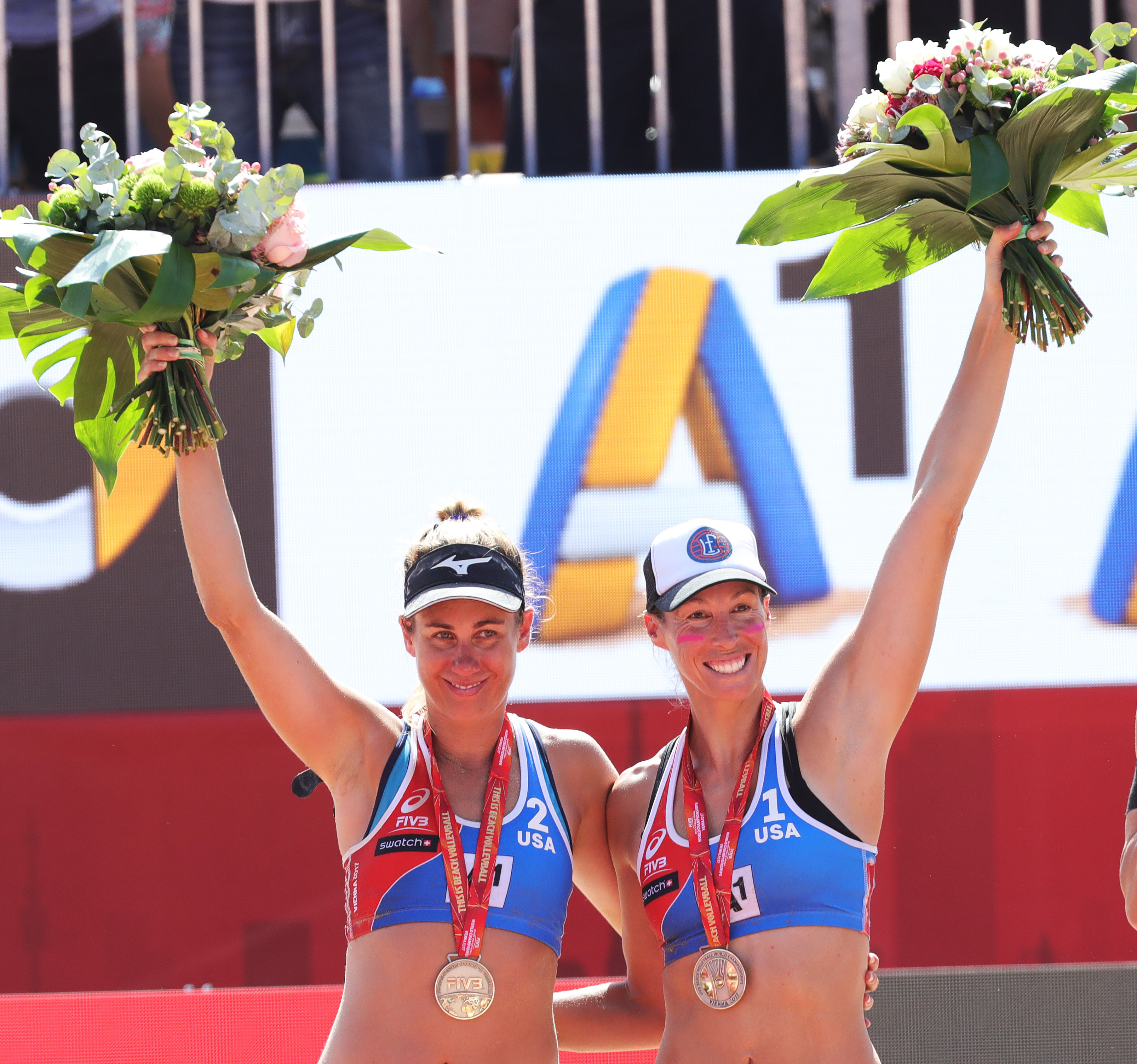 April Ross and Lauren Fendrick celebrate winning silver together in Vienna
Fendrick’s husband, Andrew Fuller, coached the team and helped them prepare scouting reports.
Ross and Fendrick swept through their pool, dropping just one set across three matches. They battled through bracket play, needing the full three sets in the round of 32, round of 16 and the semifinals.

In the final, they fell to German Olympic champions Laura Ludwig and Kira Walkenhorst in three sets.

“We felt like underdogs,” Ross said, “so to come out of that tournament with the silver medal was awesome.”

It was the first international medal of any color for Fendrick, who is nicknamed “The Long Arm of the Law” because she earned her law degree from USC.

It was the second World Championship medal for Ross, who won the 2009 world title with Jen Kessy, as well as the 2012 Olympic silver medal with Kessy and the 2016 Olympic bronze medal with Walsh Jennings.