Arakida looks ahead to Tokyo 2020

Lausanne, Switzerland, October 25, 2017 - A world champion in 1974, an Olympic gold medallist in 1976, and an FIVB Volleyball Women's World Cup winner in 1977, Yuko Arakida enjoyed success as a member of the Japanese women’s volleyball team. But her current role as a Tokyo 2020 Executive Board Member is at least as important. In an exclusive interview with fivb.com, Arakida spoke about the next Summer Olympics, volleyball and her time playing the sport.

Lausanne, Switzerland, October 25, 2017 - A world champion in 1974, an Olympic gold medallist in 1976, and an FIVB Volleyball Women's World Cup winner in 1977, Yuko Arakida enjoyed success as a member of the Japanese women’s volleyball team. But her current role as a Tokyo 2020 Executive Board Member is at least as important. In an exclusive interview with fivb.com, Arakida spoke about the next Summer Olympics, volleyball and her time playing the sport.

How did you start out in volleyball as a kid?
Yuko Arakida: At primary school, I used to play mini-basketball with my school friends. We wanted to join a basketball club in middle school, but there was no basketball team for girls and we decided to play volleyball. The priority was to do something with my friends.

Was it love at first sight between you and the sport? What do you love about volleyball?
Arakida: When I started playing volleyball in middle school, I was only 1.49m in height; however, in those days, volleyball was played with teams of 9 players and all the positions were fixed – no rotations. Because of my lack of height, I became a receiver. I loved - still love - team sports and loved playing with my friends. We were always together and were involved not only in playing volleyball, but in various school activities as well. In team sports you need to help each other. I think teamwork is a key reason why I love team sports like volleyball.

Did you play volleyball with your family?
Arakida: No, my brothers used to play baseball and basketball when they were young. 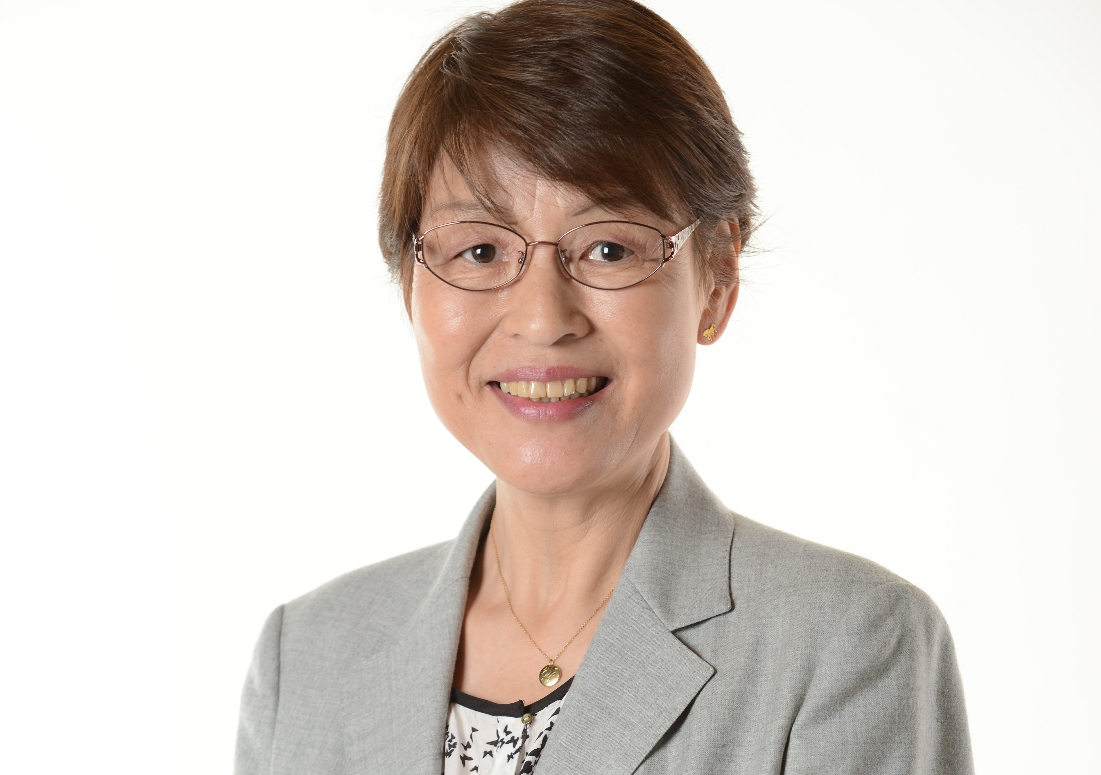 Talent or hard work - what was more important in your successful career as a player? Which people/coaches played the biggest role in your development?
Arakida: I was not a naturally talented player at all. However, I had good coaches when I was growing up, and my stubborn and unyielding nature helped me a lot in building my career. I was strongly influenced by Shigeo Yamada, who was the head coach of the Hitachi volleyball team and head coach during Japan’s golden age of volleyball from 1974 to 1977. Even in the mid-1970s, it was Yamada who introduced the women’s national team to the importance of strength and conditioning training, nutrition for elite athletes, collecting and analysing data to form strategies, advanced coaching philosophy, etc. In those days, he tried to improve volleyball by designing a computer analysis system in cooperation with Hitachi. I strongly believe that he was a pioneer in modern volleyball and many coaches have been strongly influenced by him.

You won a lot of titles. Which moment in your career was the best/most emotional?
Arakida: Volleyball was inaugurated as an Olympic sport in 1964 in Tokyo, and Japan’s women’s team won the gold medal. Since then, the Japanese women’s team has been under tremendous pressure to win gold, not any other medals, which were treated lightly. Therefore, every time we won a title, there was a feeling of relief.

How has the game of volleyball changed since you started your career?
Arakida: The rules have changed a lot and these days the teams that have more power and height have an advantage. Today’s volleyball is very athletic and exciting; however, in our time, there used to be skilful players who made a lasting impression on spectators. 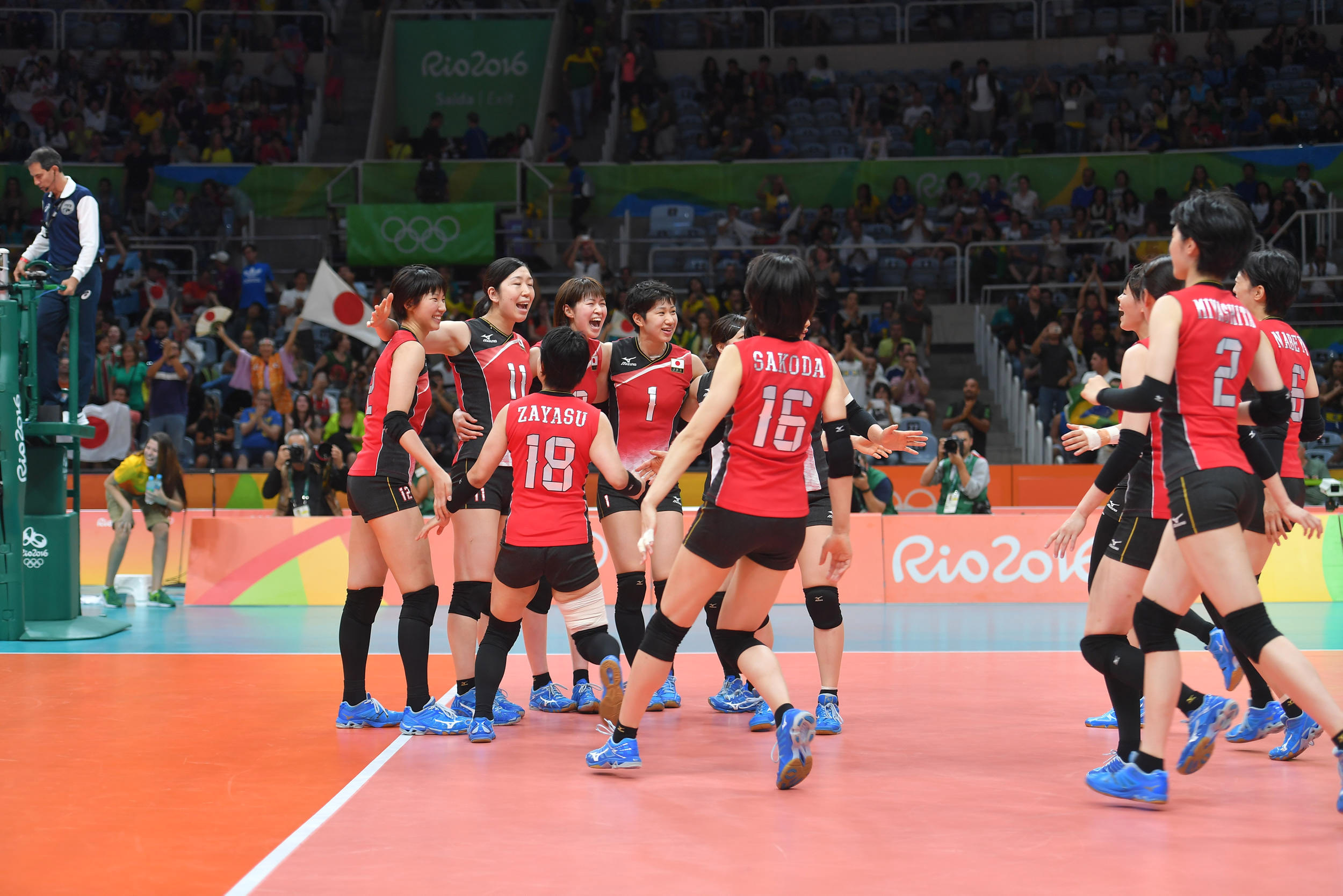 Could you please explain why volleyball is such an important sport for Japan?
Arakida: As I mentioned above, Japan’s women’s volleyball team won gold in 1964 in Tokyo. Their victory gave courage and hope to the Japanese people, who were in the middle of rebuilding the country after the war. The women’s national team’s victory made volleyball popular, particularly “Mama-san volleyball”, which was played by housewives across the country.

After the Olympic Games in 1964, many big companies established volleyball teams as a part of their welfare policy.
Arakida: Volleyball was one of the most popular sports in the 1960s and 1970s, along with baseball and sumo. These days, the range and variety of sports is huge. But even though children these days play football, tennis, baseball, etc., volleyball still has a deep-rooted popularity and the general public quietly hopes the national teams will win medals at the Olympic Games and other major competitions.

How did volleyball help you to prepare for life after the sport?
Arakida: After retiring from volleyball, I remained with the Hitachi team and studied English at an evening course at a junior college. I then moved to Switzerland and Germany to play and coach volleyball. Volleyball was fundamental in finding my second career.

What are the main goals of the Tokyo 2020 Organising Committee?
Arakida: The goal of the Olympic movement is to contribute to building a peaceful and better world. When we experienced an unprecedented disaster in the north of Japan in 2011, numerous athletes immediately implemented various activities to support those who were badly affected - and people gradually realised that sport has the power to move and change the world.

What’s more complicated: being a volleyball player or working for a giant project like Tokyo 2020?
Arakida: Both require hard work and both are rewarding.

Will the 2020 Olympic Games be the highlight of your professional life?
Arakida: In my life so far, there have been so many highlights, like winning the World Championship in 1974, the Olympics in 1976 and the World Cup in 1977 as a member of the national team. Winning the bronze medal in 2012 in London as the team manager, being part of the team that earned the right to host the Olympic and Paralympic Games in Tokyo at the IOC Congress in Buenos Aires in 2013, and working as the Sports Director for the bidding committee - these were also big highlights for me. The 2020 Olympic Games will be one of the highlights of my life. 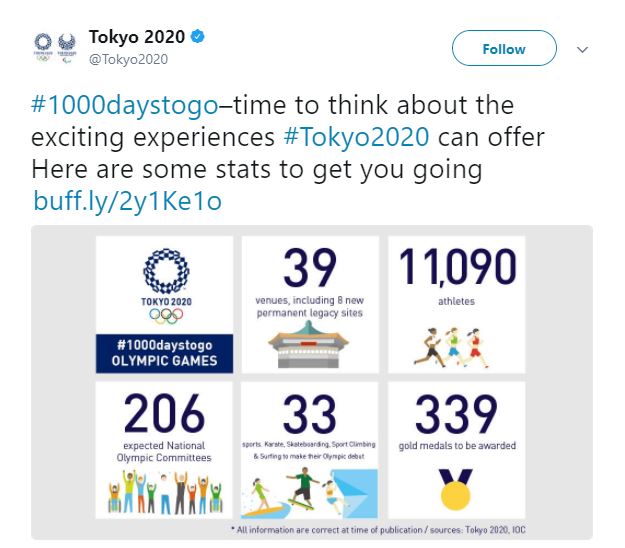