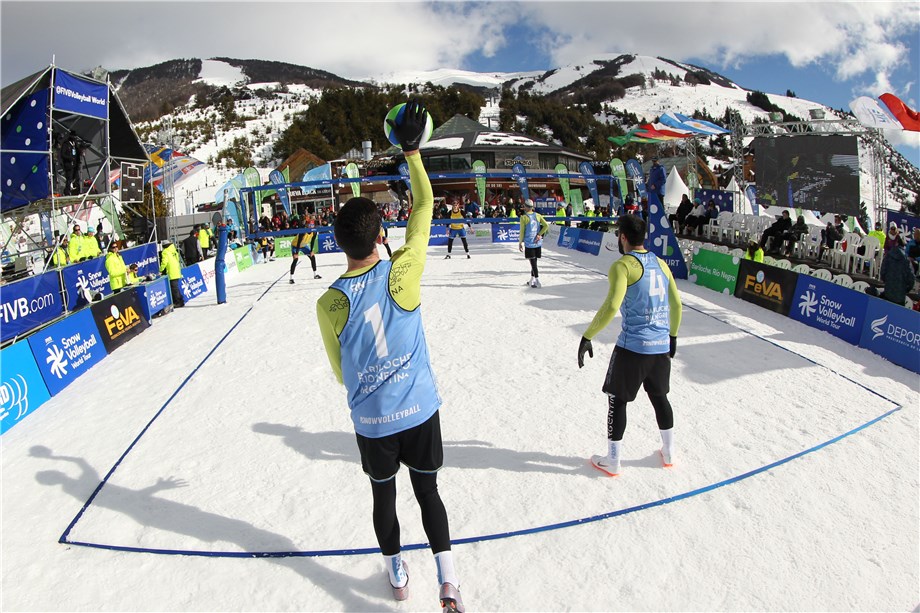 All eyes were set on home favourites Mauro Zelayeta, Bautista Amieva, Ian Mehamed and Santiago Aulisi, and they were up to the expectations, winning Pool A without losing a single set. China, Sweden and Russia were the successive rivals defeated by Argentina 1.

For Argentina 2, the ride was even smoother with only two matches played, both being two-nil wins. Leo Aveiro, Fabrizio Satriano, Sebastian Fernandez and Ramiro Nuñez had to wait for their first game, due to Brazil’s late arrival to the competition, and then piled up convincing scores over Italy (15-8, 15-10) and Uruguay (15-11, 15-8) to top Pool B.

Pool C belonged to Plan de Corones/Kronplatz champions United States. The three McKibbin brothers (Riley, Maddison and Jameson) and Troy Field cruised at their debut against Chile and then found quite some resistance from Argentina 3, losing the second set after having a match ball of their own. However, they were fully awake at the breaker and nailed the 2-1 (15-8, 16-18, 15-7) to finish the day among the unbeaten teams. 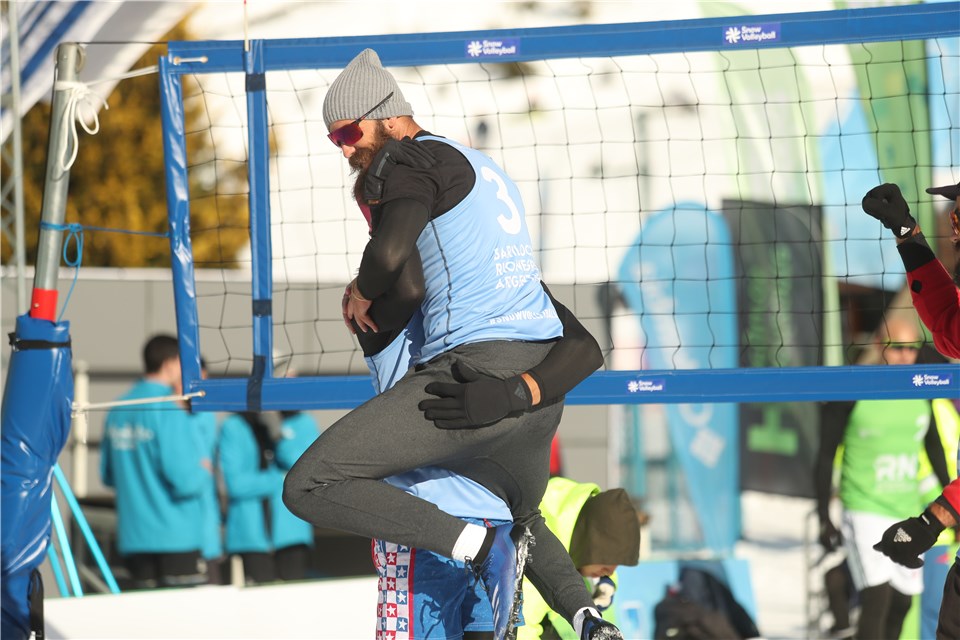 The fourth quarterfinal berth was awarded to the best second-ranked team and it was for Russia, being the only one of the three (compared to Uruguay and Chile) without a 2-1 win and hence having a better set ratio.
All 12 teams will be back on the snow for the elimination phase on Saturday, with Round 1 opening the agenda. The winners will advance to the quarterfinals, to be played also on Day 2, while the semifinals and medal matches will be carried out on Sunday.
Be sure to watch the event on the FIVB's YouTube and Facebook accounts. The tournament will also be available on the Olympic Channel, NBC and Canal 7 in Argentina.