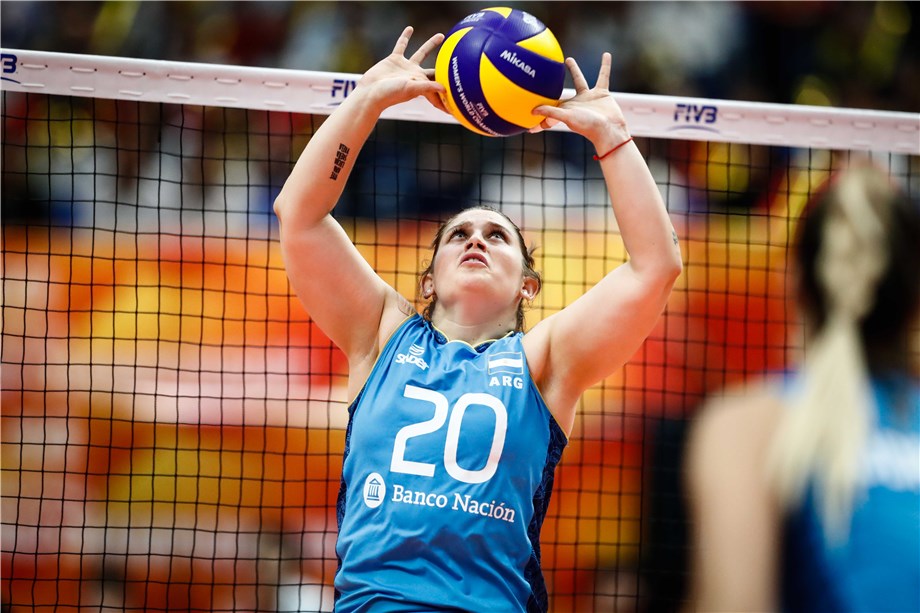 Santa Fe, Argentina, May 21, 2020 – Argentina’s women’s national team head coach Hernan Ferraro could soon be able to call up setter Valentina Galiano who is set to resume her career at Spanish side Barcelona after not playing professionally during the last club season.
The 30-year-old Galiano was an active member of the country’s national team during the last two seasons being part of the rosters that competed at the 2018 FIVB Volleyball Women's World Championship and the 2019 FIVB Volleyball Challenger Cup, Pan-American Games and South American Championship, winning bronze medals in the last two tournaments. 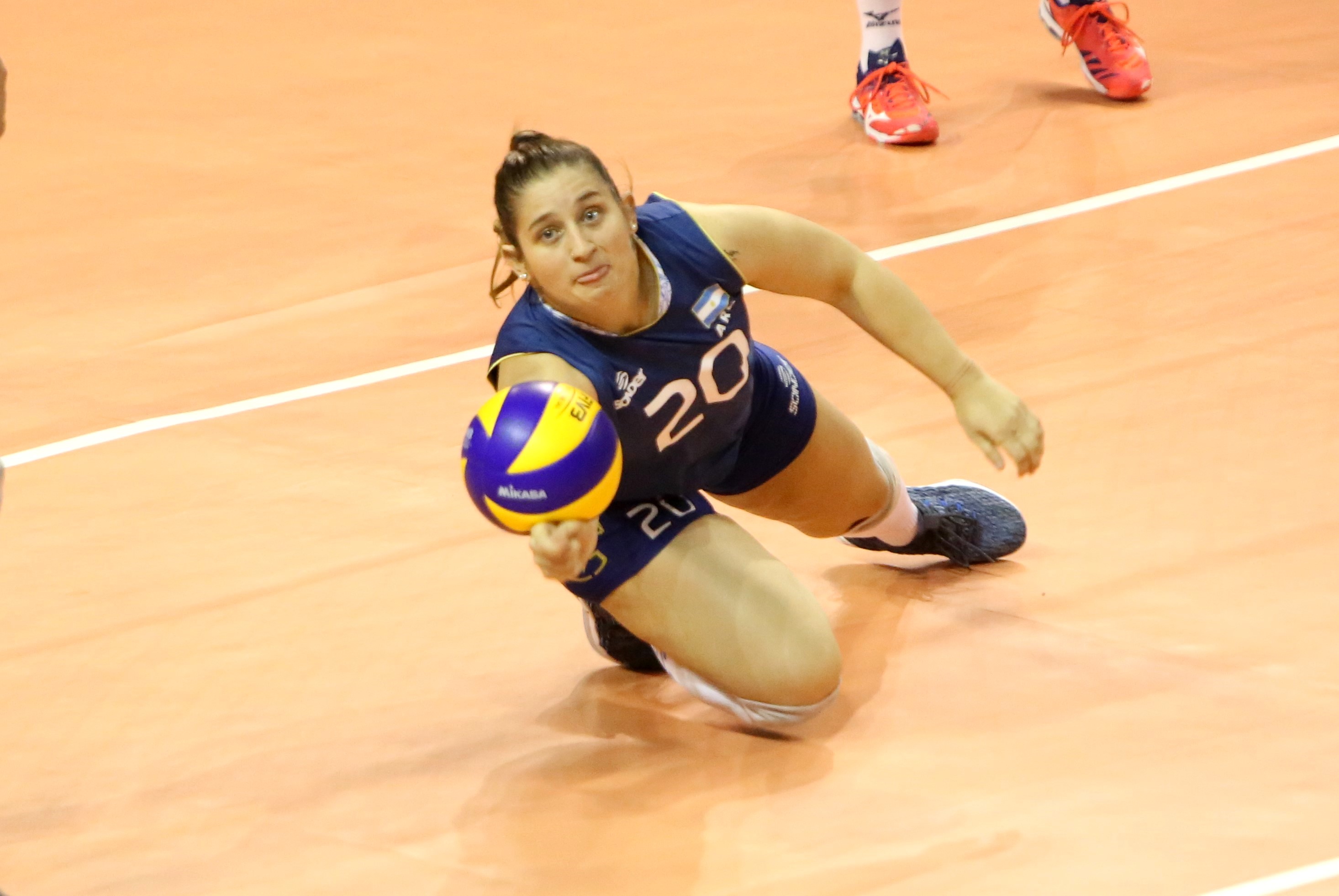 Galiano digs during last year's Volleyball Challenger Cup
A two-time Argentinean champion with Boca Juniors, Galiano, who played for four other teams in her home country, is excited about her first experience at a foreign club.
“When this opportunity came I knew it was one of the best I’ve ever had,” Galiano said in an interview to Argentinean website Uno Santa Fe. “I always looked forward to an opportunity of playing overseas and I felt Barcelona really trusted me, which was exciting considering I didn't play last year. I’m very excited about this opportunity and I hope I can make the most of it.”
The setter, who is expected to join the Spanish club for training in August, decided to pause her career after the 2019 international season as she wanted to start her own food business, named Avocata.
“Being away for some time helped me renew my energy and brought me more motivation to play,” she added. “I was planning my gastronomic projects, but volleyball has never really left my life. Now I’ll try to continue with both passions in Spain.”
Argentina had Victoria Mayer and Azul Benitez as setters during the 2019 FIVB Volleyball World Cup and the South American Olympic Qualifier.
More volleyball from Argentina:
Nizetich pleased to be back
French league set for Argentinean influx
Argentina coach Ferraro aiming for top 8
De Cecco set to join Lube Civitanova
Former Argentinean captain Sosa eyeing comeback
Mendez proud of Argentina's past, excited about future
Quick links:
FIVB.com - Volleyball
Facebook
Twitter
Instagram
Youtube