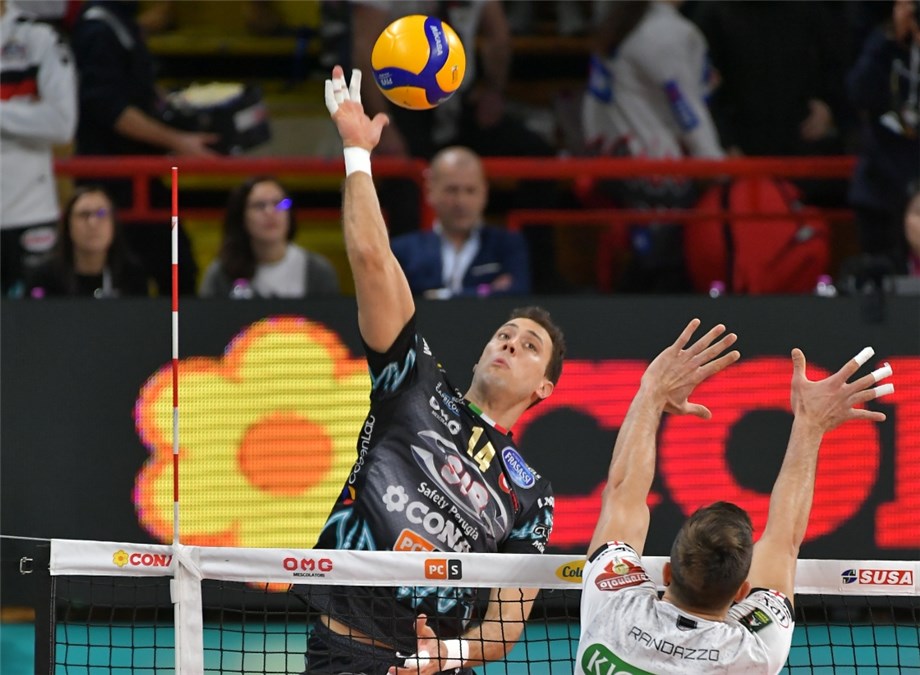 Aleksandar Atanasijevic is staying with Perugia until 2022

Perugia, Italy, February 3, 2020 – Aleksandar Atanasijevic led the way for Sir Safety Perugia three days after he signed a new contract with Vital Heynen’s team.
The Serbia opposite extended his contract for another two years and he celebrated his new deal by scoring 13 points in Perugia’s 3-1 (25-23, 19-25, 25-20, 25-21) over Kioene Padova.
Victory keeps Perugia second in the Italian Super League table on 42 points three behind Cucine Lube Civitanova.
It is the fourth time that Perugia’s number 14 has renewed his contract since he arrived in central Italy in 2013 and he follows Wilfredo Leon in extending his deal at the club.
During that time, he has won one championship, two Italian Cups, two Italian Super Cup titles and was voted MVP in the 2018 Italian Cup and the 2017-18 Super League.

Atanasijevic will be a player to look out for when European champions Serbia begin their campaign in the 2020 FIVB Volleyball Nations League in May.

More volleyball in Italy:
Egonu in top form as Conegliano add another trophy to their collection
Does Hancock hold the aces for USA at Tokyo 2020?