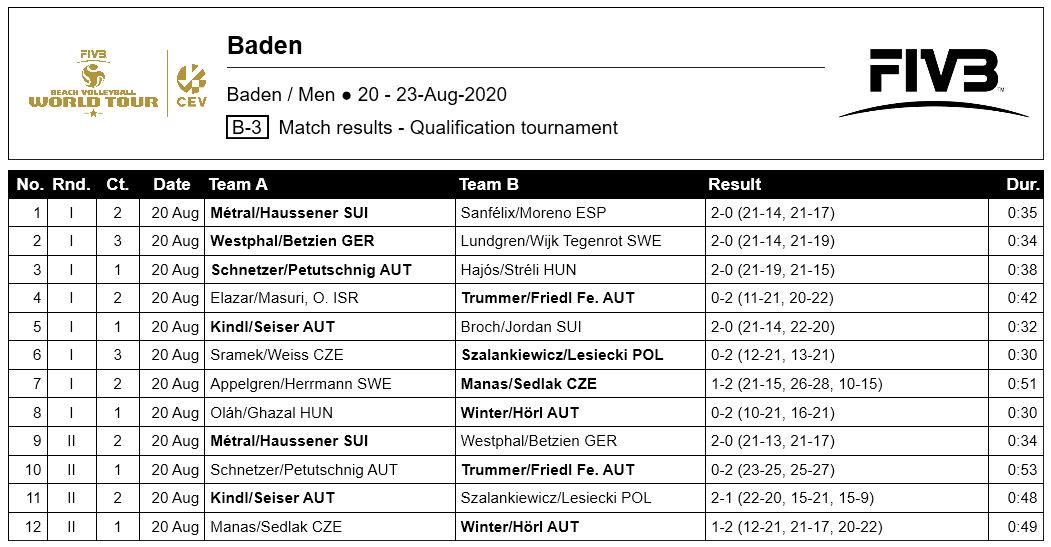 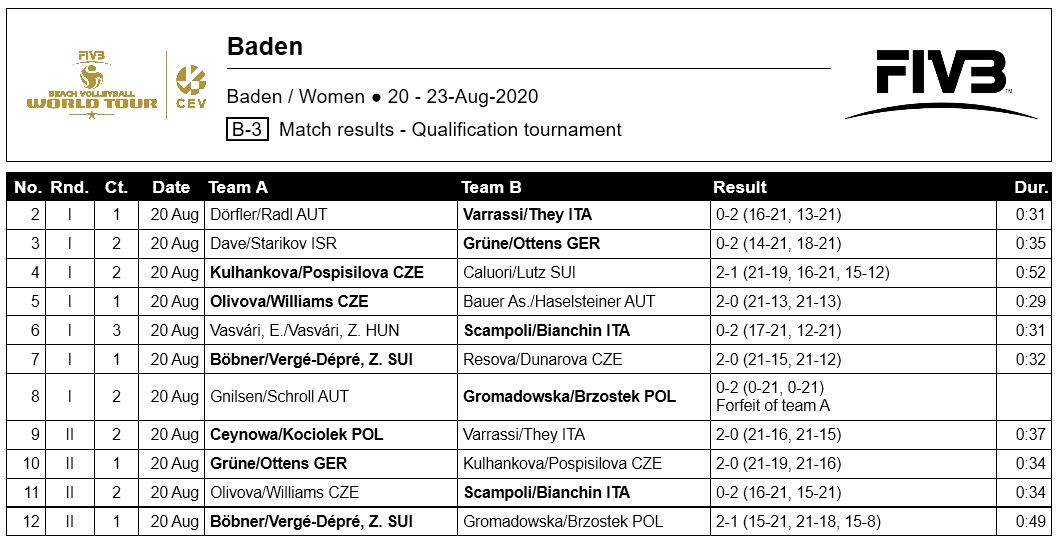 Women's qualification
Advancing from the women's Baden qualifier were top-seeded Agata Ceynowa/Katarzyna Kociolek of Poland, sixth-seeded Margherita Bianchin/Claudia Scampoli of Italy, seventh-seeded Esmee Bobner/Zoe Verge-Depre of Switzerland and 12th-seeded Anna-Lena Grune/Lena Ottens of Germany.
Friday’s schedule at the Baden Open will feature 16-team men’s and women’s main draws playing modified pool play. A 12-team single elimination knockout tournament for both genders will be staged Saturday at the Austrian resort south of Vienna with the men’s and women’s semifinals and medal matches being played Sunday.
The 14th event on the 2019-2020 World Tour calendar, the Baden Open marks the 22nd season that Austria has hosted an FIVB event as the European country has staged an international tournament every year since 1997 except for 2013 and 2015 when the nation hosted the European Championships in Klagenfurt.
After the Austrian event this week, three other events are scheduled on the FIVB World Tour starting with next week’s Montpellier Open for men set for August 25-29. Other events on the 2019-2020 calendar are scheduled for Lithuania (Sept. 10-13, Vilnius) for both genders and Cyprus (Sept. 25-27, Larnaka) for women.
This website uses cookies to ensure you get the best experience on our website. For more information please read our Cookies Policy.
Ok