Avery Drost: I got picked by the GOAT! 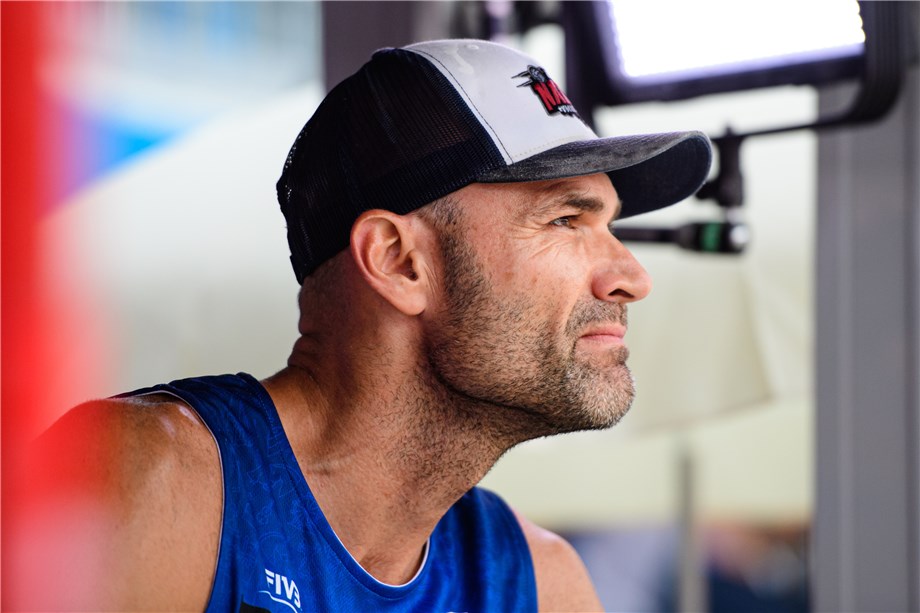 Phil Dalhausser - Avery Drost's pick for Greatest Of All Time.

Tavares, USA, November 12, 2020 - Is it not every kid’s dream, to have Avery Drost’s weekend?
To not only play with Phil Dalhausser, to defend for the 'Thin Beast', and to win doing so – but to also have Dalhausser, the most coveted partner in American volleyball, pick you? To look at you, amongst so many other great names, and say "You’re my guy."
Maybe it’s not every kid’s dream, but there is certainly no shortage of those whose imaginations veer towards the possibility of being on the same side of the net as Dalhausser. Casey Patterson once envisioned a possibility, at the old King of the Beach events put on by the AVP, that he would shine when he and Dalhausser played together, and Dalhausser would see his obviously limitless potential, and choose him as his partner for the next Olympic quad. That never did happen for Patterson, who instead enjoyed a sublime run with Jake Gibb for four years.
This past weekend, in Florida, it did for Drost.
The Florida Region of USA Volleyball hosted a King of the Beach style event, coined the Best of the Beach. Four pools of four players were set, each player competing with the other three in his pool. The winners of each pool were then able to draft one of the remaining 12 players for Sunday’s semifinals and finals.
Dalhausser, who won his pool with Drost, Theo Brunner, and the precocious 18-year-old, Caleb Kwekel, drafted third. Taylor Crabb and Miles Partain picked before him, the former opting for his brother, Trevor, the latter choosing Brunner. It left Dalhausser, then, with 10 players from which to choose.
He chose Drost.
“We played together in pool play and he almost got out instead of me,” Dalhausser said. “It was a couple point difference. I thought we played great together. I knew he’d give me 150 per cent, and he probably gave more than that today.”
It’s a defining characteristic of Drost’s, that work ethic. For months since the AVP Champions Cup ended in August, he has been one of the few still hitting the beach. Four, sometimes five days a week he'll get out there, making the transition from his usual position as a left-side blocker to a right-side defender. He’d get out there with anyone available, calling up his old partner, Ryan Doherty, to hit balls at him, calling up Trevor Crabb and Tri Bourne to play a quick King of the Beach, calling up Chaim Schalk and Theo Brunner to hop in with them.
While many took this time off to rest, relax, explore new interests and hobbies, Drost used it to bridge the gap between him and the rest of the American defenders he was chasing. And it worked. It worked sensationally well. He nearly beat Dalhausser and Brunner in his first match of pool with Kwekel, who was competing in his first main draw. Then he won the next two matches, the first with Dalhausser, the second against him.
“What a perfect opportunity, when you’re trying to become a higher-level defender, then you get the call from Phil,” Drost said. “Everything about it is a huge deal because obviously if Phil doesn’t pick me up, I’m not in the tournament. So for one, he picks me up. I hoped, but you can’t expect it. There’s a lot of good guys out here. When Phil told me, I was thrilled, and I was excited about the opportunity. This was a gift for me.”
He made good on that gift, too. In the semifinals, Drost and Dalhausser would fend off a tremendous team in Brunner and 18-year-old Miles Partain, one of the toughest defensive teams in the tournament. In the finals, it would be a familiar foe for the two: Taylor and Trevor Crabb, who played on the AVP together for a year-and-a-half before splitting.
And it was that old team chemistry between the brothers that shined in the first set, with a 21-17 win.
"That's probably worth three per cent of points," Dalhausser said of the Crabb's chemistry with one another.
The Crabbs looked, and were, comfortable, cruising with the momentum from a 21-19, 21-12 semifinal win over Schalk and Bill Kolinske.
But this is Dalhausser, remember. And this is why it is every American’s dream to get picked up by the 2.06m 40-year-old: he and Drost came back. Because as hard as it can be sometimes to get on the same page as someone with whom you’ve never played, it’s far harder to sustain siding out against Dalhausser.
They won the second set, 21-17, and then the third, 15-10, notching Drost’s first major professional win of his career, with the blocker everyone would love to win with.
“When Phil called me – it’s huge,” Drost said. “I had every kid’s dream come true and got picked by the GOAT.”