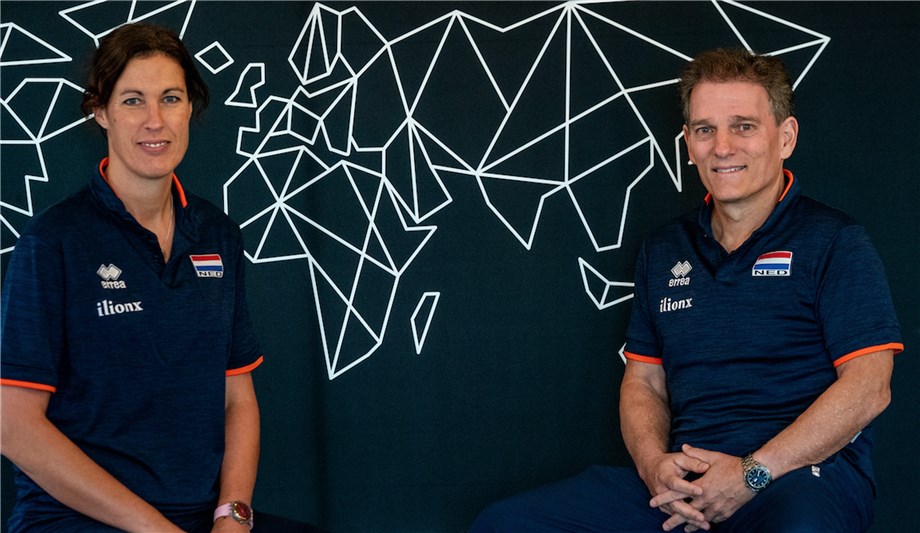 Utrecht, Netherlands, November 20, 2020 - Avital Selinger will lead the Dutch women's national team after agreeing to coach the team up to and during the 2022 FIVB Volleyball Women's World Championship.
A former national team setter, Selinger also coached the women's team between 2004 and 2011. He replaces Italian Giovanni Caprara.
Selinger will be assisted by former international Francien Huurman and by Erik Reitsma. Rianne Verhoek stays on as a video scout. The remaining staff members will be announced at a later date.
Technical director Joop Alberda said: “Since August 2019 I have seen Avital at work with our talents at Papendal. He functions excellently there and is in the hall with a lot of energy every day. Avital has a lot of experience and is the ideal coach to guide this team to the 2022 World Championship in their own country. In addition, we have developed an ambitious programme under the name of "Project 2022" that also continues during the club season. It is a great advantage that Avital is available twelve months a year to supervise this programme.”
“We went looking for a head coach with international knowledge and experience, who is also familiar with the upcoming talents in the Netherlands. We also had a strong preference for a Dutch coach. Avital meets all these requirements. We also want to guide and support young ambitious coaches in the Netherlands, and he will also be an important link for this. With Francien, who played no fewer than 422 international matches, we get an incredible amount of experience with the team. A woman on the coaching staff was also essential for us.”
Avital Selinger added: “As far as I am concerned, being able to coach your own national team is the highest achievement in our sport. It is therefore a great honour that I was approached to become national coach. The Dutch team has performed incredibly well since 2015 and has developed into one of the best teams in the world.”
“We have a great group of players, many of whom I worked with in my first period as a national coach. There is also a group of young girls ready to get the chance. It’s a challenging period, and I’m happy to take responsibility for leading this team towards the World Championship.”
“In this agreement I can be the national coach for twelve months a year, and that is in line with my vision to guarantee continuity. In the summer I will mainly be concerned with the present, and in the winter with the future.”
Speaking about the 2022 FIVB Volleyball Women's World Championshipin the Netherlands, Selinger said: “The World Championship is so huge, and it is unique that we can experience it in our lives in the Netherlands. We should draw inspiration from this and enjoy it very much. We volleyball players have always been pioneers in the Netherlands, both on and off the court. Bringing in this World Championship, for the first time in history, is another example of this.”
Quick links:
FIVB.com - Volleyball
Facebook
Twitter
Instagram
Youtube