Azaad & Capogrosso: Tough World Championship pool, but we’ll be ready for it! 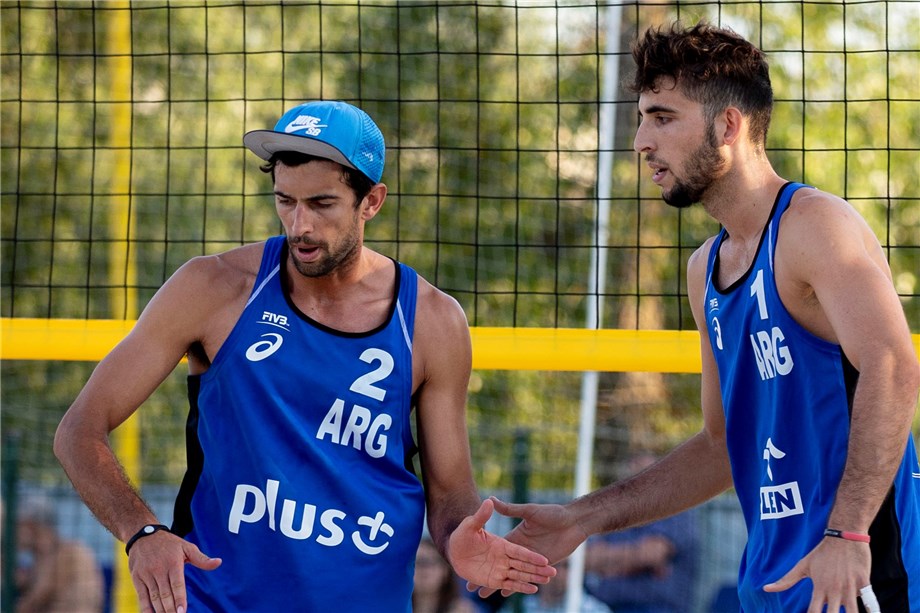 Warsaw, Poland, June 13, 2019 – Argentina’s Julian Amado Azaad & Nicolas Capogrosso battled it out for a spot in the men’s main draw at the Warsaw four-star stop on the FIVB Beach Volleyball World Tour and this could prove vital to them because they need to play more high-level games ahead of the 2019 FIVB World Championship starting on June 28 in Hamburg.
In their first-round qualification match, Azaad & Capogrosso went past the strong Lithuanian pair of Arnas Rumsevicius & Lukas Kazdailis in straight sets, and in their deciding match, they fought back from a set down against third-seeded Peng Gao & Yang Li of China to emerge victorious with a main draw spot in their hands.
“We are really excited – tired, but so happy! We fought a lot,” 28-year-old Julian Azaad told fivb.com immediately after the tough game. “It’s really hard for us, because we are so far from home. This one goes out to my family, my girlfriend, all our staff, who help us at all our tournaments, and all the teams in Argentina, who are watching us.”
For the Argentinean duo this is only the third appearance on the World Tour in 2019. They made the main draw in Itapema, but finished 25th. Two weeks ago in Ostrava they lost their first qualification match and got eliminated.
“Advancing to the main draw at Warsaw is so important for us, because we need rhythm to play, we need games, we need the fighting in the main draw matches. So I think this tournament will be a good opportunity for us to reach our best level just in time for the World Championship,” Azaad continued.
The World Championship in Hamburg will be the second one for Azaad & Capogrosso as a team and the third one for Julian, who also played in the Netherlands in 2015 with a different partner, Pablo Bianchi. Argentina’s representatives finished 37th in 2015 and 33rd in 2017, but now Azaad & Capogrosso hope to move further up at the 2019 edition. However, they do realize that it will be no picnic in the tough company of USA’s Philip Dalhausser & Nicholas Lucena, Netherlands’ Alexander Brouwer & Robert Meewsen and Canada’s Ben Saxton & Grant O'Gorman, sharing Pool F with them in Hamburg.
“Our pool is very difficult; it’s a bad pool, but we are very happy to play at the World Championship again. It is the most important competition for us,” 24-year-old Nicolas Capogrosso pointed out. “We should focus and train a lot and we will have a good tournament.” 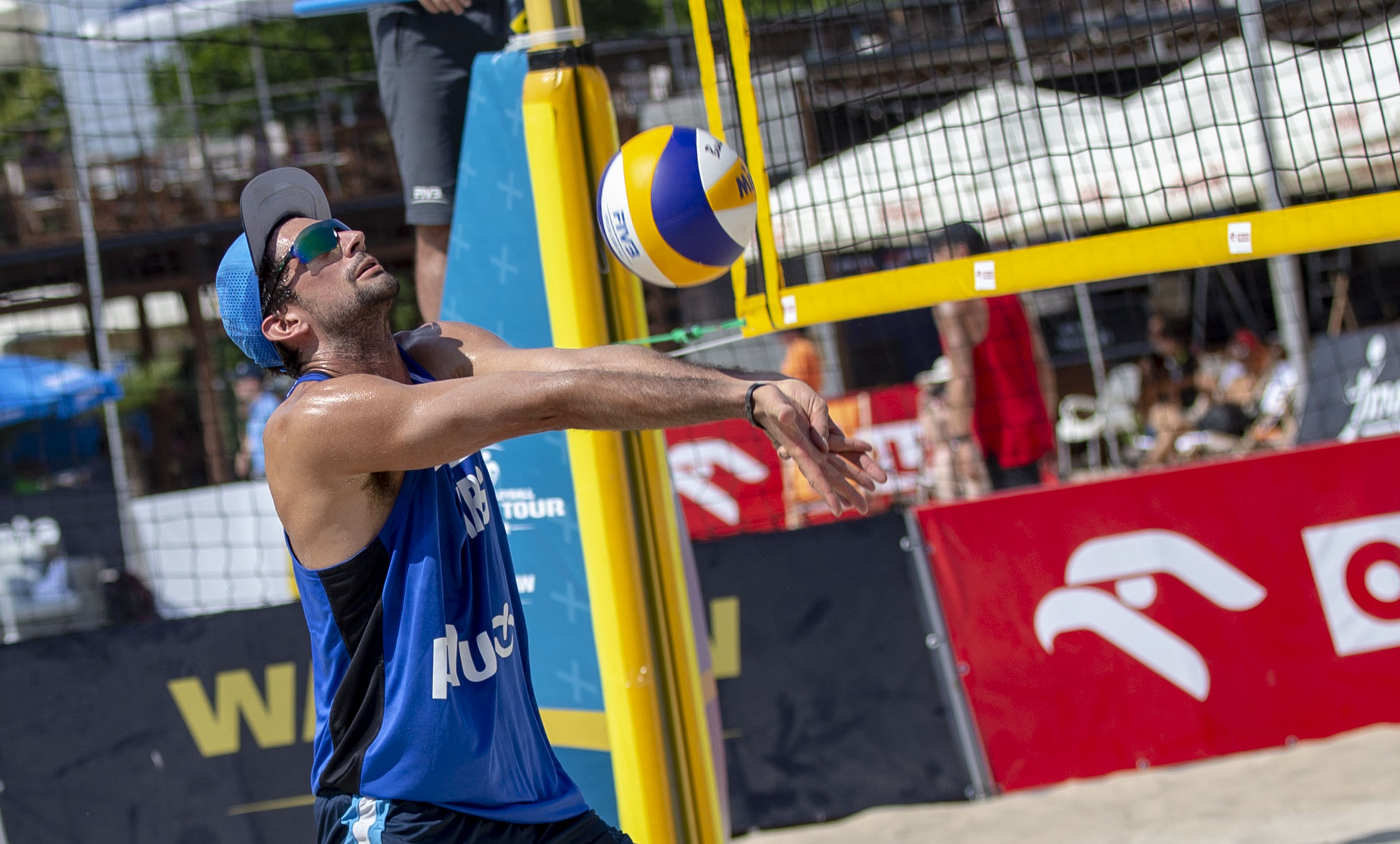 Julian Azaad sets the ball for Nicolas Capogrosso
Between the tournaments in Ostrava and Warsaw, Azaad & Capogrosso stayed in Europe and spent the week training in Italy.
“We practiced in Rome last week, with Adrian Carambula and with the Chilean team (Marco Grimalt & Esteban Grimalt). This has really helped us,” Azaad said.
“For us, it is very important to stay here in Europe,” Capogrosso agreed. “After Warsaw we will go to Spain to practice with Pablo Herrera & Adrian Gavira and the Mexican team (Lombardo Ontiveros & Juan Virgen). We will train for ten days and we will put in a lot of work in the gym and in the sand.”
Before that, however, they have a Warsaw main draw to tackle. Coincidentally, the Argentinean pair will start their Thursday afternoon at the Monta Beach Volley Club on the banks of the Wisla with a Pool D encounter with the very Lucena & Dalhausser, whom they will also face in the opening match of the World Championship in Hamburg on June 28. The other two pairs in the pool, Germany’s Julius Thole & Clemens Wickler and Austria’s Robin Seidl & Philipp Waller, also fall within the range of high-level opponents Azaad & Capogrosso need to play against to get ready for the World Championship. 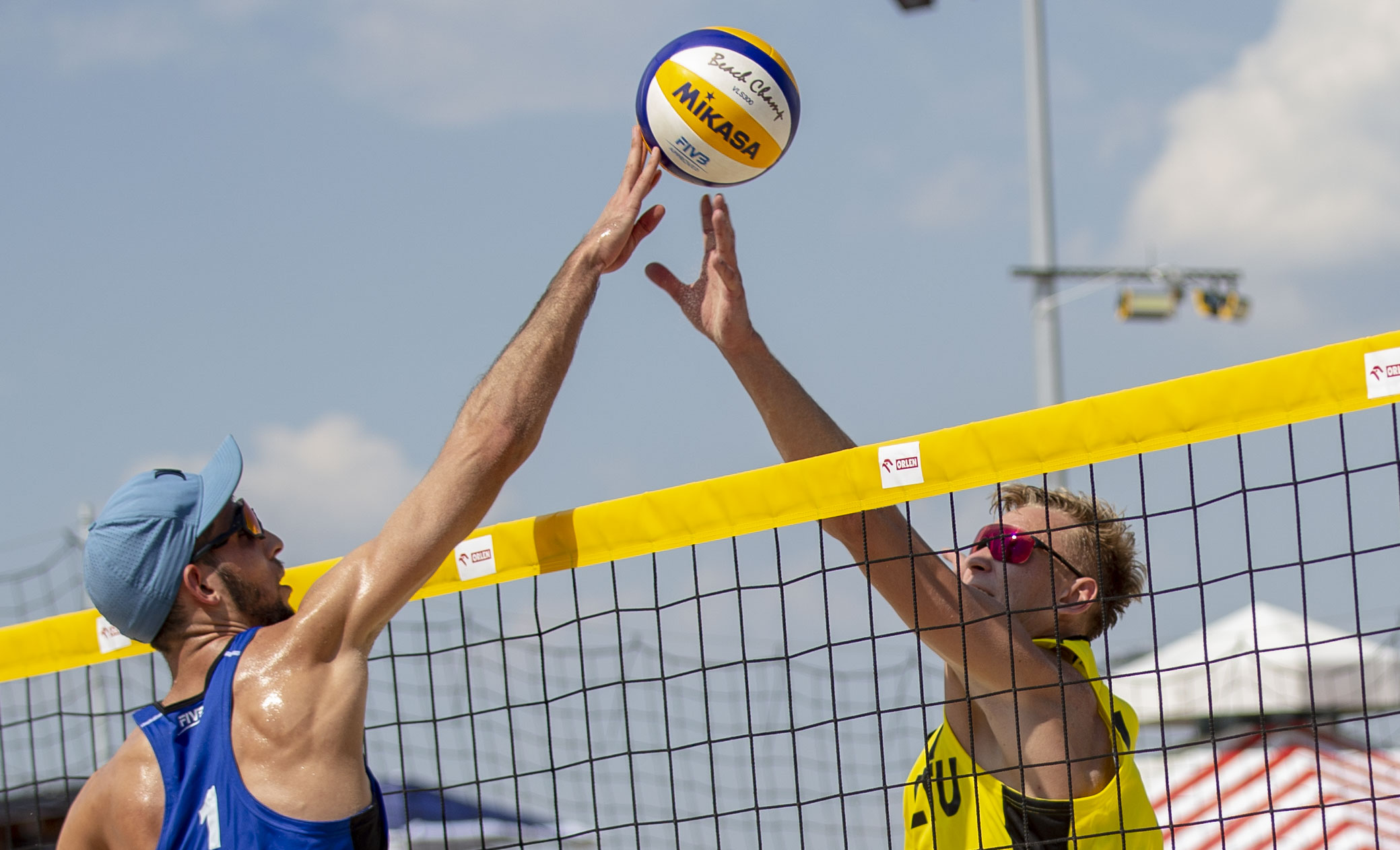 Nicolas Capogrosso in action against Lithuania
Their goal for the main draw? “To play well,” Capogrosso put it simply. “We want to play well and enjoy the matches.”
“We are always without a game plan – just enjoy the game and keep on fighting, because this is our characteristic; this is us,” Azaad explained.
Quick links - Beach volleyball:
FIVB Beach Volleyball World Tour - WarsawFIVB.com - Beach volleyballFacebookTwitterInstagram