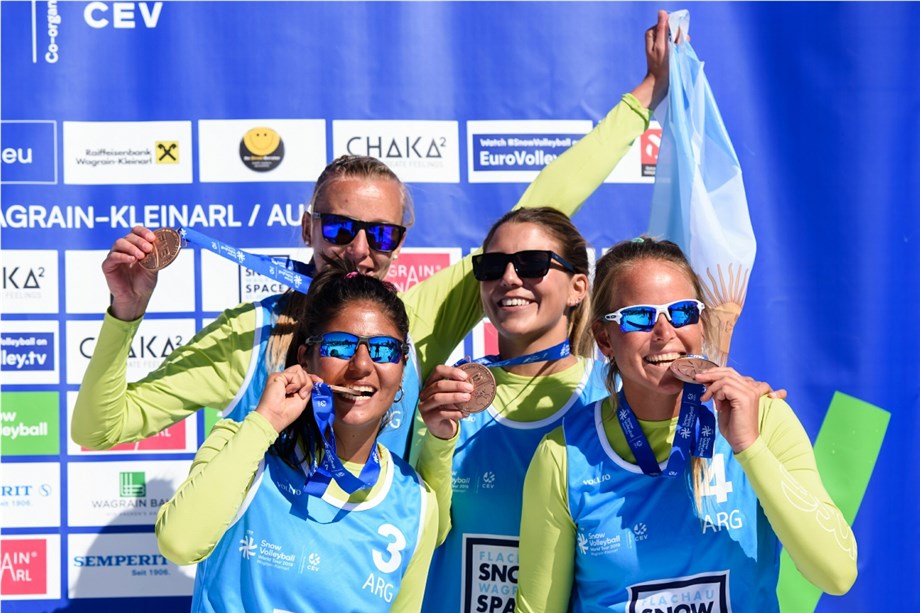 Bariloche, Argentina, June 6, 2019 – Teams from around the world will compete at the third stop on the inaugural 2019 FIVB Snow Volleyball Word Tour, scheduled to take place from August 1 through 4 in Bariloche, Rio Negro. The event was presented at a press conference held at the Bariloche Municipality to launch the build-up to the historic event. 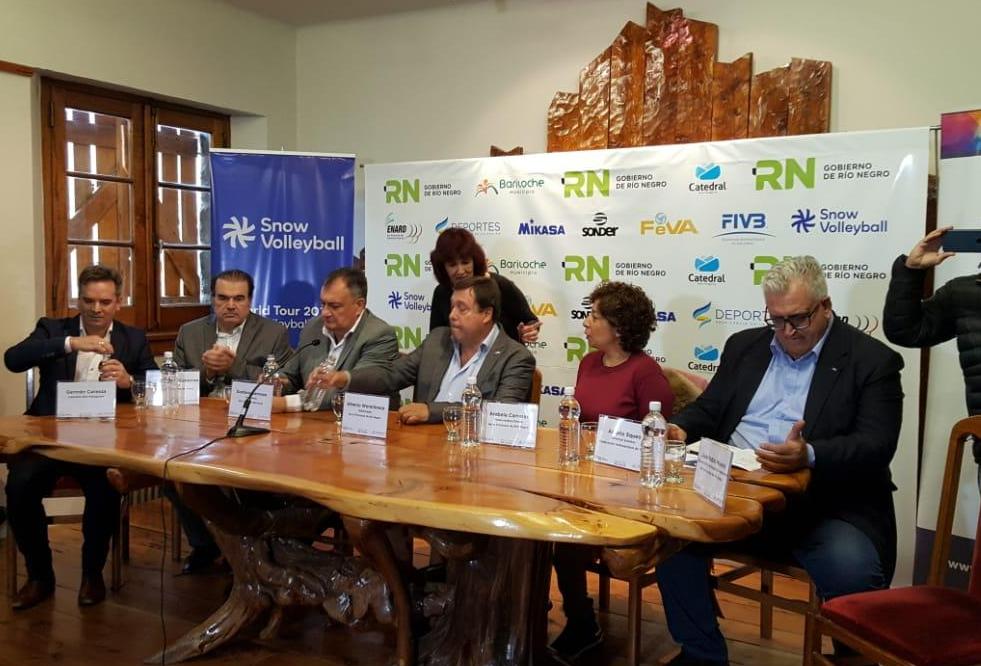 Local authorities and FeVA President Juan Antonio Gutierrez attended the 2019 FIVB Snow Volleyball Word Tour Bariloche, Rio Negro press conference
This will be the first World Tour event to be held outside Europe, after Austria’s Wagrain-Kleinarl and Italy’s Plan de Corones / Kronplatz hosted the opening tournaments in March and April of this year. Alongside the many European participants, teams from Argentina, Brazil, Cameroon, Japan, South Africa and USA represented their nations on European snow to give the World Tour a truly global reach, and this tendency is set to continue in Bariloche.
Although Argentine athletes have never won any medals at the Winter Olympics Games, the country’s women’s national team in snow volleyball, consisting of Julieta Puntin, Cecilia Peralta, Maria Eugenia Tuliz and Maria Virginia Zonta, sensationally won two bronze medals on the Tour and are looking forward to excel again on home snow in August. 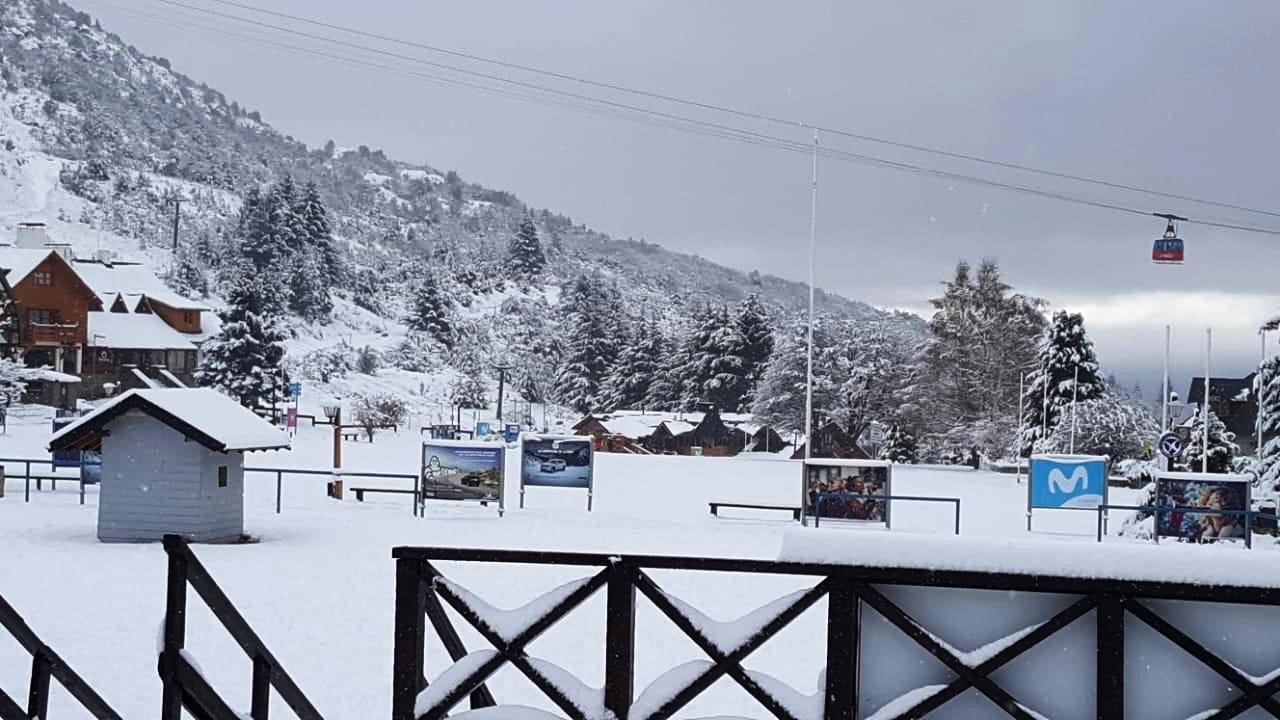 The site where the venue of the third World Tour stop will be set up
The Plaza Catalina Reynal venue at Cerro Catedral, situated in the foothills of the Andes near Argentina’s western border is the ideal setting for a high-level snow volleyball tournament, and a lot of experts in event management are already working to deliver a successful World Tour stop.
“At this event, we will enjoy the best players of the world who have been able to integrate into teams in this version of volleyball, which is bound to spread to high level all over the world,” Alberto Weretilneck, governor of the province of Rio Negro, told the more than 30 representatives of the media, who attended the press conference. “We are going to work in such a manner that the organization and the logistics are at the same level as in Europe to position Bariloche and the province as a centre of international sport. Hopefully, this will just be the first of many world-level events here.”
The press conference was also attended by Argentine Volleyball Federation (FeVA) President Juan Antonio Gutierrez. The FIVB, FeVA and the city authorities have now completed a series of productive meetings to lay the foundations for a successful event in August.
Related stories:
Bariloche looks forward to third stop on Snow Volleyball World Tour
Quick links - Snow volleyball:
FIVB Snow Volleyball World Tour - Bariloche-Rio Negro
FIVB.com - Snow volleyball
Rules of the Game 2018-2020
News
About