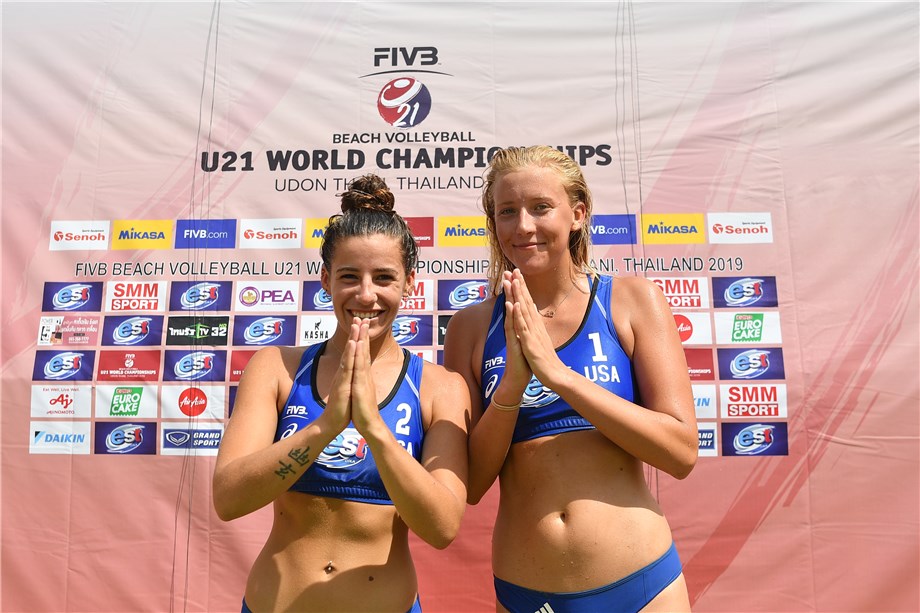 Udon Thani, Thailand, June 18, 2019 – The United States’ Isabelle Bauman and Teagan Defalco got off to a solid start in the FIVB Beach Volleyball U21 World Championships women’s main draw tournament, with a straight-set win against China. 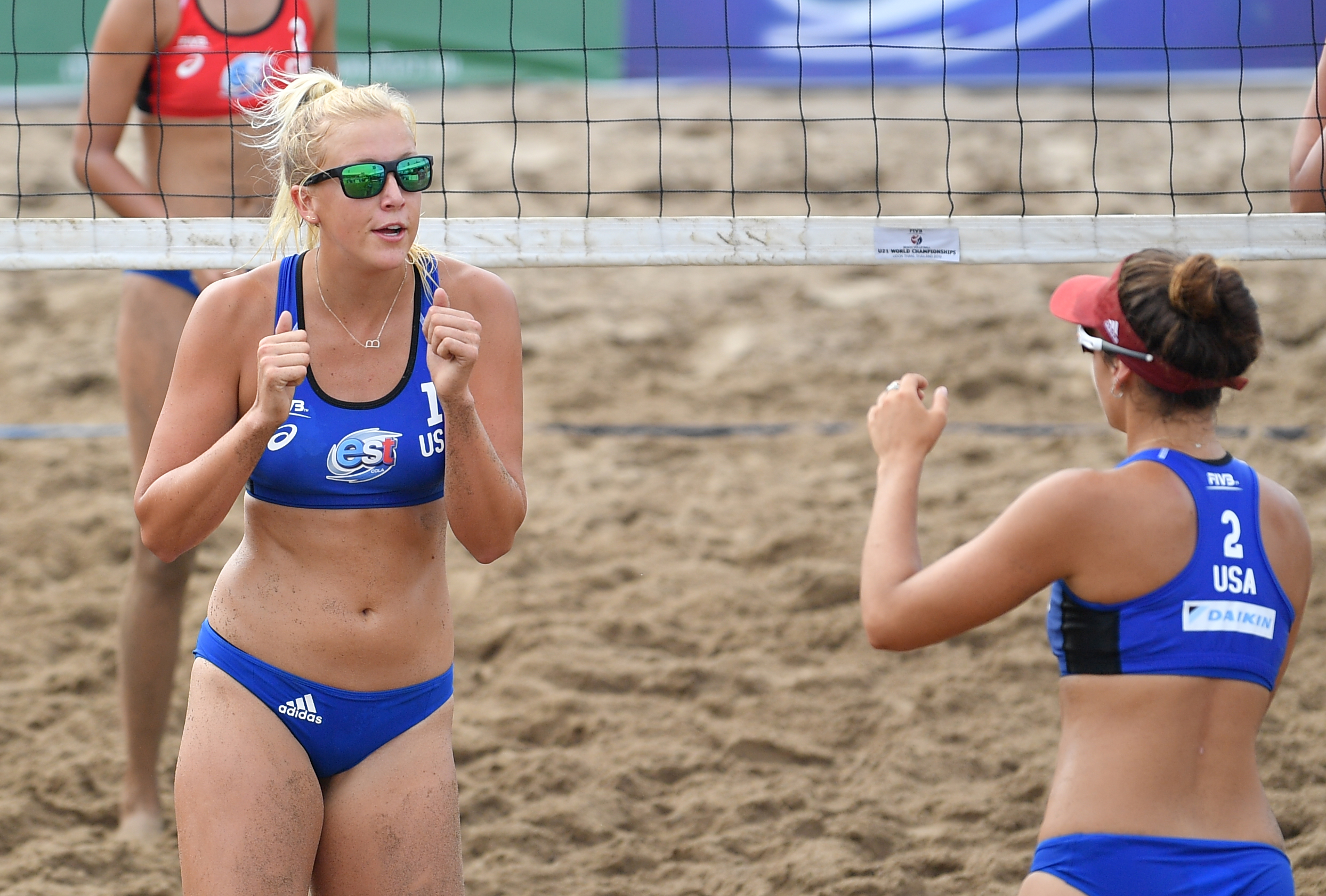 “It feels really good,” Isabelle said. “It’s great that we could get our first match out of the way and get used to the elements here which are different from what we’re used to playing with. It was a first solid win for us especially as we played consistently overall.” 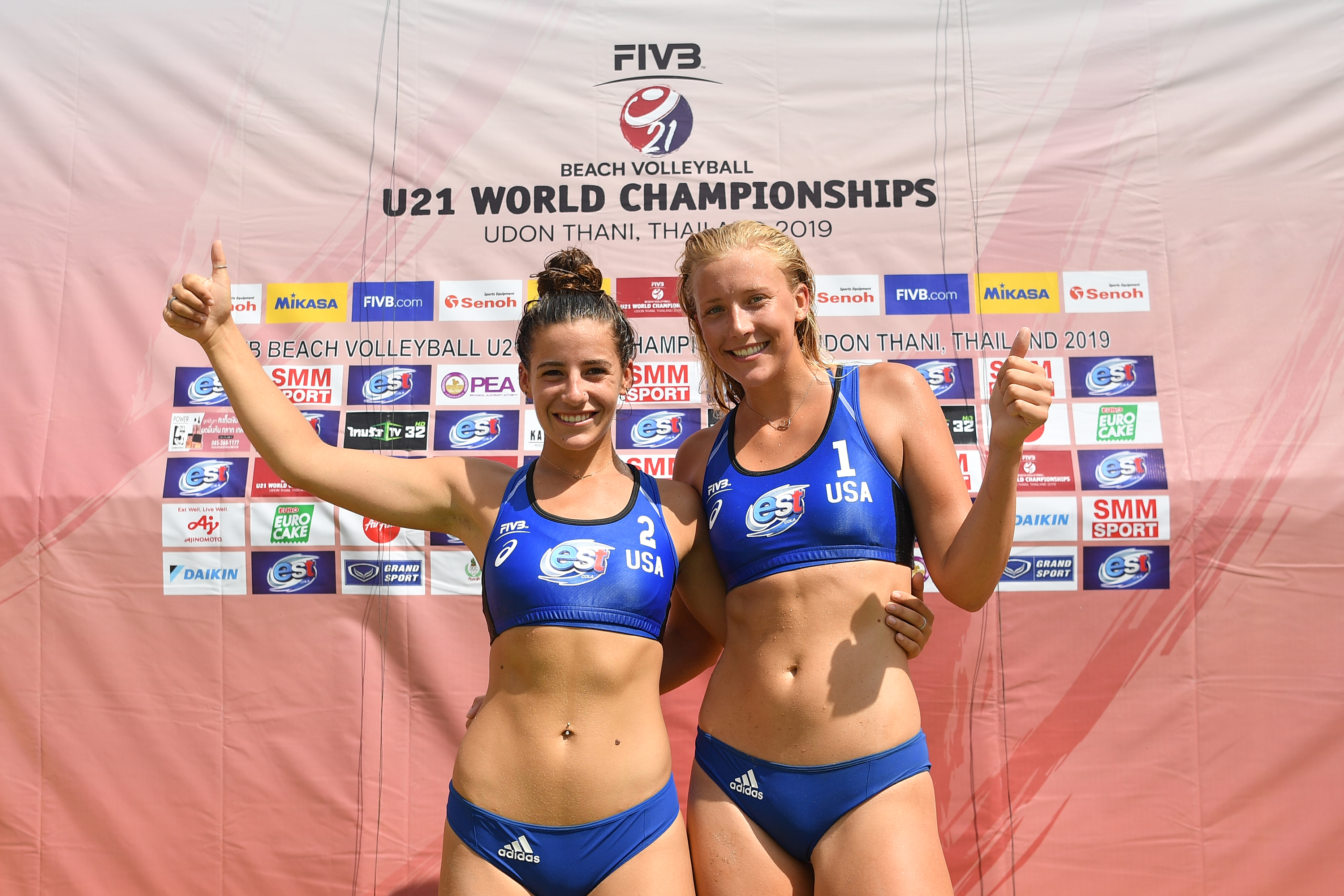 Isabelle explained that chemistry was the driving force behind their impressive start in the competition.

“Teagan and I are great friends which gives us a strong connection on the court. We are able to communicate and understand each other without the feeling of always having to say something,” she said.

“Our plan is to focus on each game and execute as best we can by playing our game and continuing to push through despite different elements.”

The two USA players are student-athletes at the Grand Canyon University in Phoenix, Arizona. They earned their U21 World Championship main draw spot by beating five tandems in their national championship that took place in California.

“I’m from Chicago and I go to school at Grand Canyon University in Phoenix with Teagan,” Bauman said. “I haven’t been playing beach volleyball for too long but I love the sport and see how our partnership will continue to grow from here.”

Long Beach native Teagan, on the other hand, joined her university’s beach volleyball programme this year since being part of the indoor program from 2017-2018. She is the younger sister of men’s volleyball national team member Torey ‘TJ’ Defalco, who is currently competing in the 2019 FIVB Volleyball Nations League.

“He (TJ) just got to Chicago from France and we Facetime every day and talk about it and it’s awesome. It’s my first time outside of the United States and I kind of live vicariously through him and all his pictures and his stories of other countries, so this is kind of fun to experience my own thing,” said Teagan who gets her inspiration from her big brother in her first international competition.

Teagan comes from a family of volleyball players and is naturally competitive especially with her brother TJ.

“We are a very competitive family. TJ and I are the most competitive and we compete in any thing – who can eat the most, who can handstand the longest. This is how we’ve been competing with each other since we were kids.”

But Teagan looks up to her brother and earnestly takes his advice to hone her own craft.

“He is incredibly analytical of the game, so if I need some touch-ups on my game, I would tell him to come out and help me – to watch me and give me some pointers.

“We are best friends. He’ll tell me everything and he’ll be honest. He’s always been that person who’s going to see the game better than I ever will. So I know that whatever he says, I’m going to do it because he’s one of the best.”

Although Teagan has high regard for her brother in volleyball, she still has the last say on who is better in beach volleyball.

“Me! I’m better than him in beach volleyball,” Teagan jested. “I’m sure after this I’m going to talk to him and say – Guess what? I just won my first international game! He’s going to say good for me but I get to compete with him on this as well.”