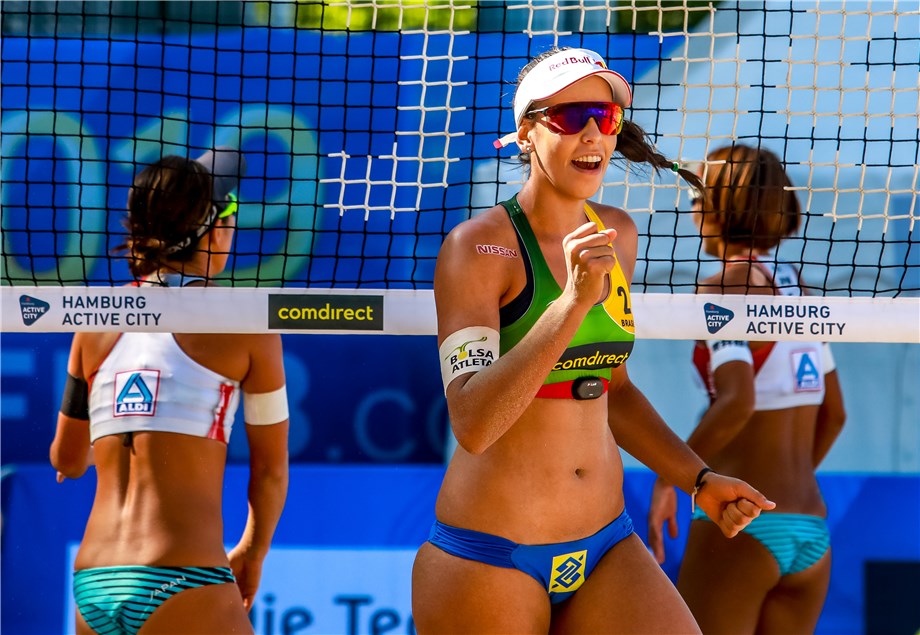 She may be only 21, but Eduarda ‘Duda’ Lisboa has already packed five years worth of FIVB Beach Volleyball World Tour competition into her career.

The Brazilian continued to collect the medals in 2018-19, alongside Rio de Janeiro 2016 silver medallist Agatha Bednarczuk. While she lines up as the defensive player, covering the back of the court, her 180cm height and offensive spirit mean that she is quick to go on the attack at the net when the occasion calls for it.

Duda has played alongside the 36-year-old Agatha since the start of 2017 and in 2019 they won two World Tour gold and two bronze. They were unable to hold onto their FIVB World Tour Finals title in Rome, but they did leave the Eternal City with silver.
Their gold came at the Ostrava and Tokyo 4-Stars. It means that the pair, who have already been announced as one of the two Brazilian women’s teams to fill the berths Brazil earn at the Olympics, know what it takes to win in the Japanese capital.

Tokyo 2020 would be Duda’s first Olympic Games, so don’t be surprised to see her add yet another laurel to an already glittering career.