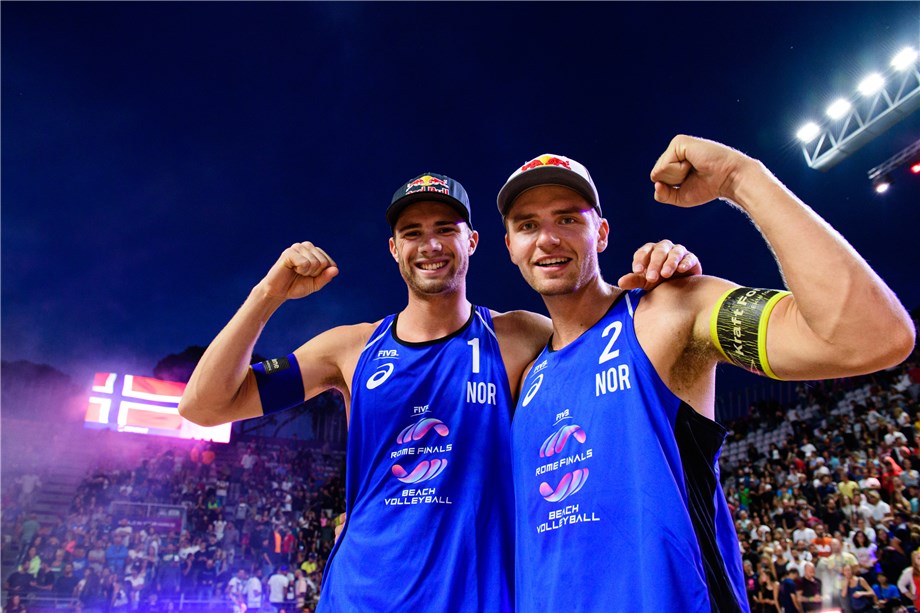 Lausanne, Switzerland, December 15, 2019 - Based on voting by players and coaches, the FIVB World Tour Beach Volleyball Awards recognise the outstanding performers of the year. We now turn to the Most Outstanding Men's Team of 2018/2019.

Anders Mol and Christian Sorum – aka the ‘Beach Vikings’ - set the pace in the 2018-19 FIVB Beach Volleyball World Tour season following the success of their breakthrough season in 2017-18.
The Norwegian pair showed off the full range of their skills and ended the year with eight golds.
Mol, 22, is the powerful figure at the front of the court, using his size and skills to stop their opponents’ attacks at source and then turn defence into attack with powerful shots.
Meanwhile Sorum, 24, buzzes around the back of the court, defending and setting, and playing in such unison with his teammate that they are both capable of switching roles with little change in the outcome.
The duo are well-liked and supported from fans in all tournaments. With Tokyo 2020 on the horizon and the pair in line to qualify through the rankings, they stand a very good chance of making new supporters in the year ahead.
Keep an eye on FIVB.com, Facebook, Twitter and Instagram as we unveil this year's award winners.