Lausanne, Switzerland, December 15, 2019 - The Italian’s skyball is a serve unlike any other and is sure to get beach volleyball crowds on their feet in anticipation and focus the minds of opponents like nothing else.

Lausanne, Switzerland, December 15, 2019 - Based on voting by players and coaches, the FIVB World Tour Beach Volleyball Awards recognise the outstanding performers of the year. We now turn to the Most Entertaining Male Player of 2018/2019.

Most Entertaining Male Player of 2018/2019 - Adrian Carambula (ITA)
The Italian’s skyball is a serve unlike any other and is sure to get beach volleyball crowds on their feet in anticipation and focus the minds of opponents like nothing else.
The left-hander stands at the baseline, with his stronger side nearer the net and he fires the ball high into the sky and over the net. At its best it causes havoc to those receiving it. With the right whip, spin and pace, it is hard to control as it speeds down towards the sand. As such it is little surprise that it often results in an ace, though at the very least it means that the 31-year-old and his teammate have plenty of time to get themselves in position to defend any attack that comes their way. 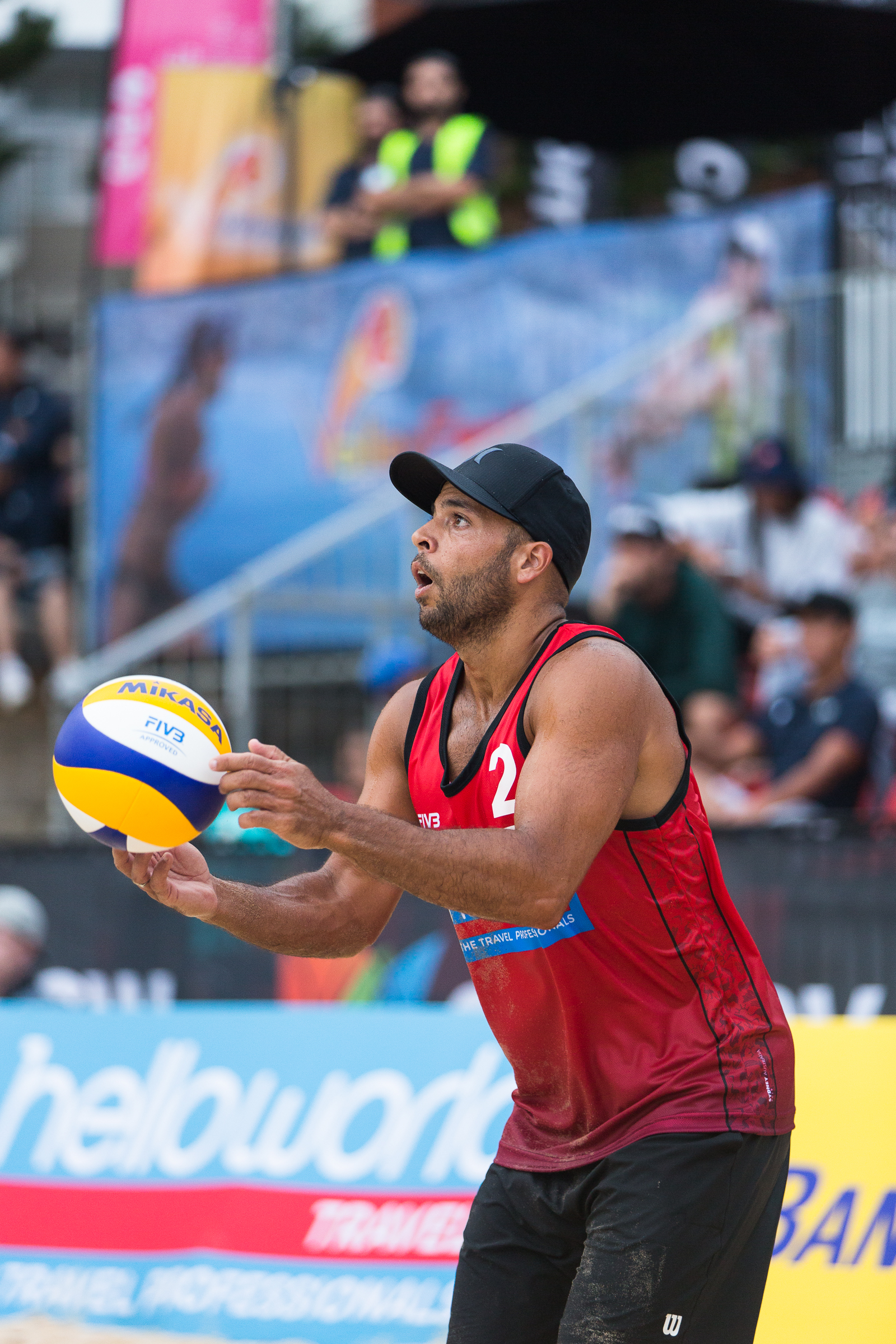 Adrian Carambula prepares to serve the ball
While his desire to play to the crowd and all-action performances at the back of the court have made him popular, it has also allowed him to taste World Tour success.
He teamed up with Enrico Rossi at the start of the year and they won silver at the Sydney 3-Star, their first tournament together.
The pair are only just outside the Tokyo 2020 qualification spots, so if they carry on there is a good chance they will be a team to look out for in Japan next year.