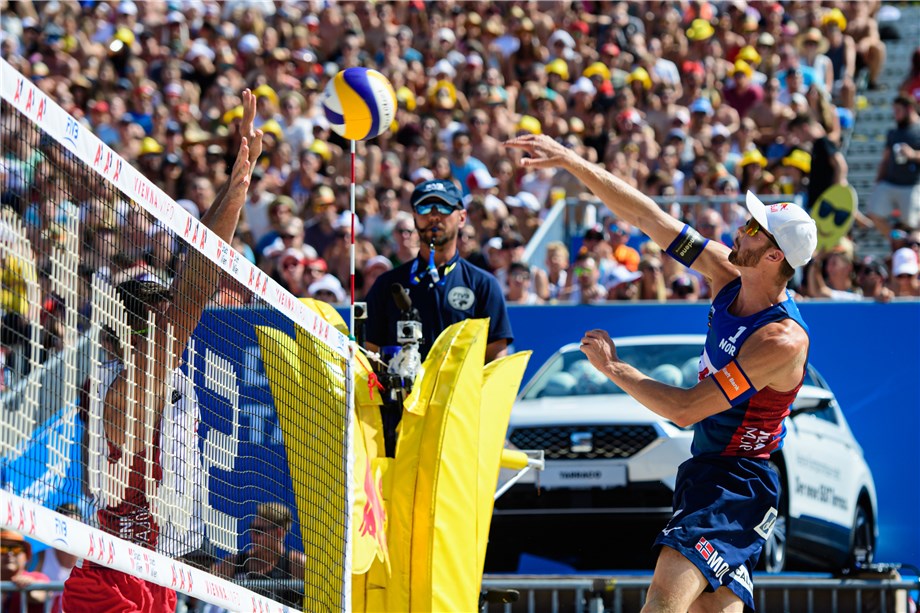 Anders Mol in action at the A1 Major Vienna in 2019

Lausanne, Switzerland, December 10, 2019 - Based on voting by players and coaches, the FIVB World Tour Beach Volleyball Awards recognise the outstanding performers of the year. After announcing the Most Improved Men's and Women's Teams of 2018/2019 on Monday, we now turn to the Most Outstanding Male Player of 2018/2019.

Anders Mol’s star continued to rise in the 2018-2019 season when he and teammate Christian Sorum added another eight FIVB Beach Volleyball World Tour gold medals to their collection. The Norwegian pair also proved to be top dogs in Europe when they defeated Russia’s Konstantin Semenov and Ilya Leshukov in the CEV European Championships final in Moscow.
The 22-year-old has proved to be a force of nature at the net, using his 200cm tall frame to block his opponent’s attack. Then when he and Sorum go on the offensive his explosive power comes through in his shots that often find the gap in the sand where no defence can cover.
Away from the court he is a hugely popular player. He and Sorum greet each new victory with gymnastic displays of backflips and handstands that are lapped up by the crowds on the World Tour. He has also built up a large following on his social media channels, with beach volleyball fans subscribing so they don’t miss a moment of his travels, training and competitive regime.
The way victories success has come for Mol, he is sure to have plenty more to tell his fans about in 2020.