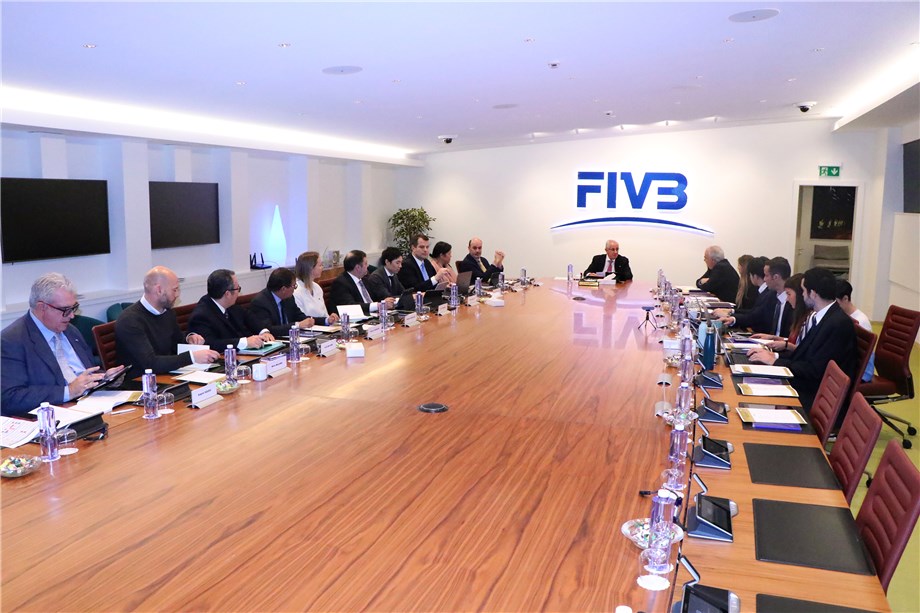 Lausanne, Switzerland, February 11, 2020 – The FIVB Beach Volleyball Commission met on Friday to discuss a number of important topics including preparations for Tokyo 2020, the growth of beach volleyball through the Beach Volleyball Continental Cup, the success of the 2019 Beach Volleyball World Tour and productive planning for future event strategy post Tokyo 2020.
The meeting was opened by FIVB President Dr Ary S. Graça Fᵒ, who highlighted the continued growth of beach volleyball, spurred on by its success at the Olympic Games and the success of other major events. From just 31 teams trying to qualify for the Olympic Games Beijing 2008, Rio 2016 welcomed over five-times this number with 169 teams. Qualification for Tokyo 2020 has been just as fierce with the Games set to be the showpiece of another amazing summer of beach volleyball.
President Ary Graça also highlighted the impressive expansion of beach volleyball across the globe, facilitated not least by the introduction of the Beach Volleyball Continental Cup. This competition has made beach volleyball more accessible and affordable, allowing every single Continental Confederation to participate.
Just last year, the FIVB President met with Oceania’s 20 National Federations to help formulate a strategic plan for the region, the first time that such a meeting had occurred. History was made just two weeks ago as the strategic plan was put into action with the Cook Islands hosting the first-ever Beach Volleyball World Tour event in Oceania outside of Australia.
The 2019 Beach Volleyball World Tour was also a very popular event, with the Finals at the world-renowned Foro Italico stadium in Rome, Italy. With more than 70 countries broadcasting the event, it was another demonstration of the global reach of the sport. President Ary Graça shared the incredible social media numbers from the event, as 32 million social media impressions were generated during the five-day event.
“Beach Volleyball has achieved many incredible results over recent years, and it is very encouraging to see the sport continuing to grow in popularity, especially in regions such as Oceania,” the FIVB President said.
“With Tokyo 2020 just around the corner we are very excited to see our athletes once again playing a starring role on the biggest stage in sport, and the FIVB is keen to prepare the strategy for beach volleyball events after the Olympic Games to ensure the continued rise of the sport.”