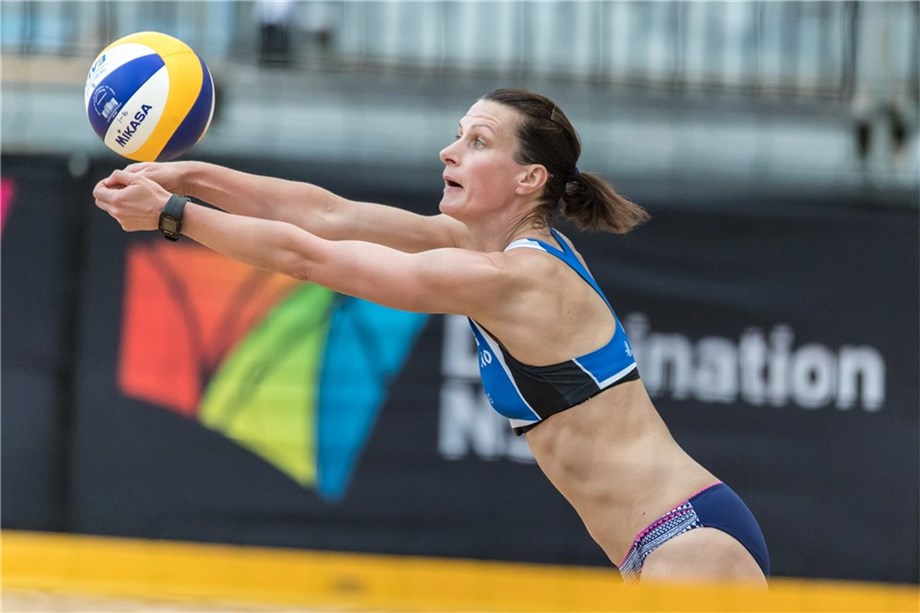 Sydney, Australia, March 17, 2017 - There was only one team rejoicing at the weather forecast for Sydney’s Manly Beach on Friday, and Scots Lynn Beattie and Melissa Coutts made the most of it with a thrilling first round win, the first FIVB Beach Volleyball World Tour win ever recorded by Scotland.
The promise of rain and wind sounded very similar to the 4am conditions the pair have been training under at Edinburgh’s Portobello Beach, and while the dreadful conditions didn’t arrive, Beattie and Coutts looked very much at home beating local hopes Sarah Battaglene and Stefanie Weiler  2-1 (20-22, 21-16, 15-9).

Quick links - Beach volleyball:
Sydney - Website
Sydney - Schedule and results
Sydney - Teams - Women
FIVB Beach Volleyball World Tour 2017
Rio 2016 Olympic Games - Beach Volleyball
FIVB.com - Beach Volleyball
Latest Videos
Facebook
Twitter
Instagram
Media Guides
Beattie and Coutts are predominantly indoor volleyballers who turned to the beach when news came through the sport would be included at the 2018 Commonwealth Games on the Gold Coast.
“It’s Scotland’s first World Tour win, so it’s fantastic,” Coutts said.
“We both work, so we have to fit in training sessions in the dark and in the cold, but today it is all worth it. That win means so much to us.
“We weren’t concerned at all about the conditions because we’ve trained and played in absolutely crazy conditions over the past couple of years.”
Beattie already has legend status at home, having captained Great Britain’s indoor team at the 2012 London Olympics.
“It was absolutely phenomenal, I think it’s every sports person dream to compete at an Olympics, and to do it at home and to be captain was an unbelievable experience,” she said.
“And I think that experience helped today in that tight third set.
“Last year when the Commonwealth Games news came out, that’s when we really started to work hard.
“We’ve set that as our goal, and this is the start of it. We’re going to play in as many events as we can this summer and try and qualify.” 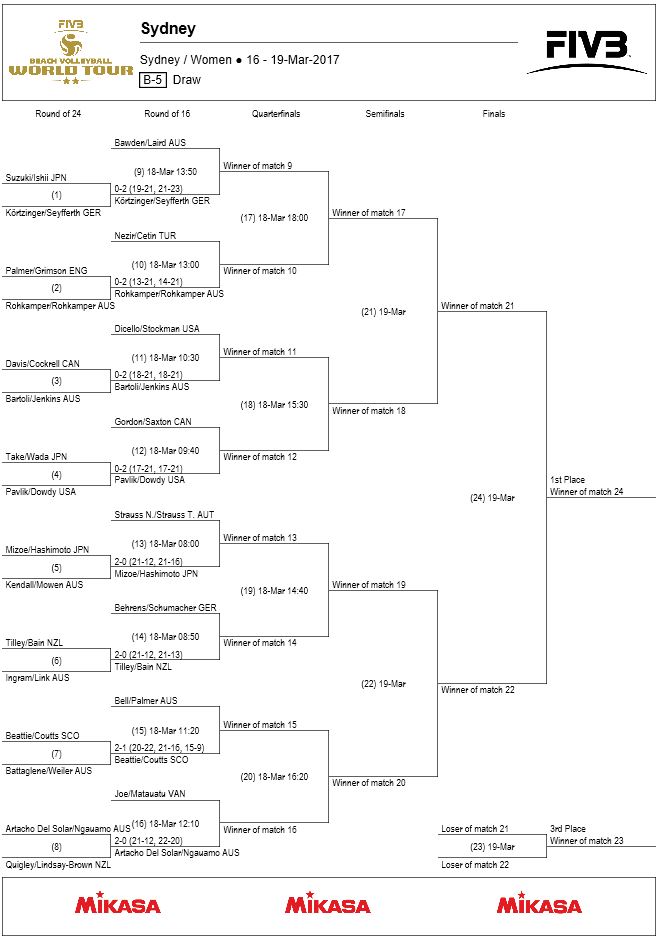 The Scots joined three teams from Australia, and teams from Germany, Japan, USA and New Zealand on the winners list on day one at Manly Beach.