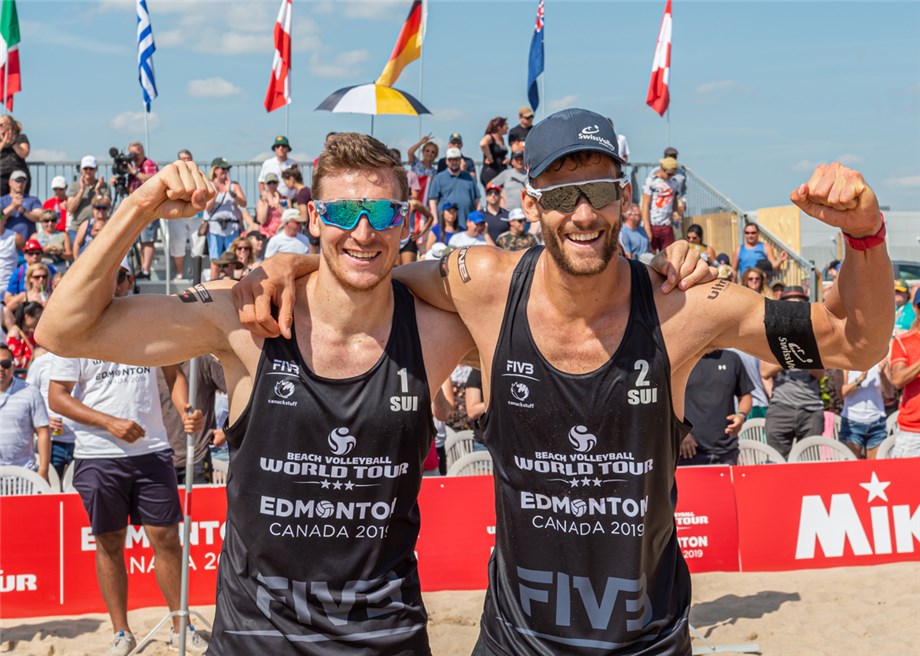 Edmonton, Canada, July 21, 2019 – Tenth-seeded Marco Krattiger and Nico Beeler placed Switzerland at the top of the podium of the men’s tournament of a FIVB Beach Volleyball World Tour event for the first time 2006 as the Europeans topped Canadians Ben Saxton and Grant O’Gorman 21-15, 23-25, 15-8 at the gold medal match of the $150,000 Edmonton Open.

Quick links - Beach volleyball:
FIVB World Tour - Edmonton, Canada
FIVB.com - Beach volleyball
Facebook
Twitter
Instagram
The 25-year-old Krattiger and the 26-year-old Beeler are the first Swiss team to win a World Tour event since Patrick Heuscher and Stefan Kobel secured a gold medal in Roseto degli Abruzzi, Italy, in June 2006.
It was the first medal for the duo since they started their partnership in 2017 and also the first individual medal for both players.
“I don’t know when, but I know it was a long time ago,” Krattiger said when asked when it was the last time a Swiss team had taken gold in a World Tour event. “I had goosebumps during the match and when we heard the national anthem. Last night when I went to bed I imagined myself with the gold medal around my neck and know I have it. Every time I saw a World Tour medal I wanted to touch it and feel it’s incredible that now I have my own.”
The Swiss were put through a really tough test as they faced a packed center court at the Northlands Park which was all behind local heroes Saxton and O’Gorman. To Beeler, despite of the ups and downs during the match and of missing a match point in the second set, the difference was that the Europeans made big plays in the most important moments of the match.
“It feels like a perfect day for us,” Beeler explained. “This match was a good summary of what our last months have been. As times we played great but at the times we weren’t good at all, but the main thing is that we kept our level really high in the big moments and I’m proud of it. When we play like this, we know there’s a good chance we’ll end up with the gold medals.” 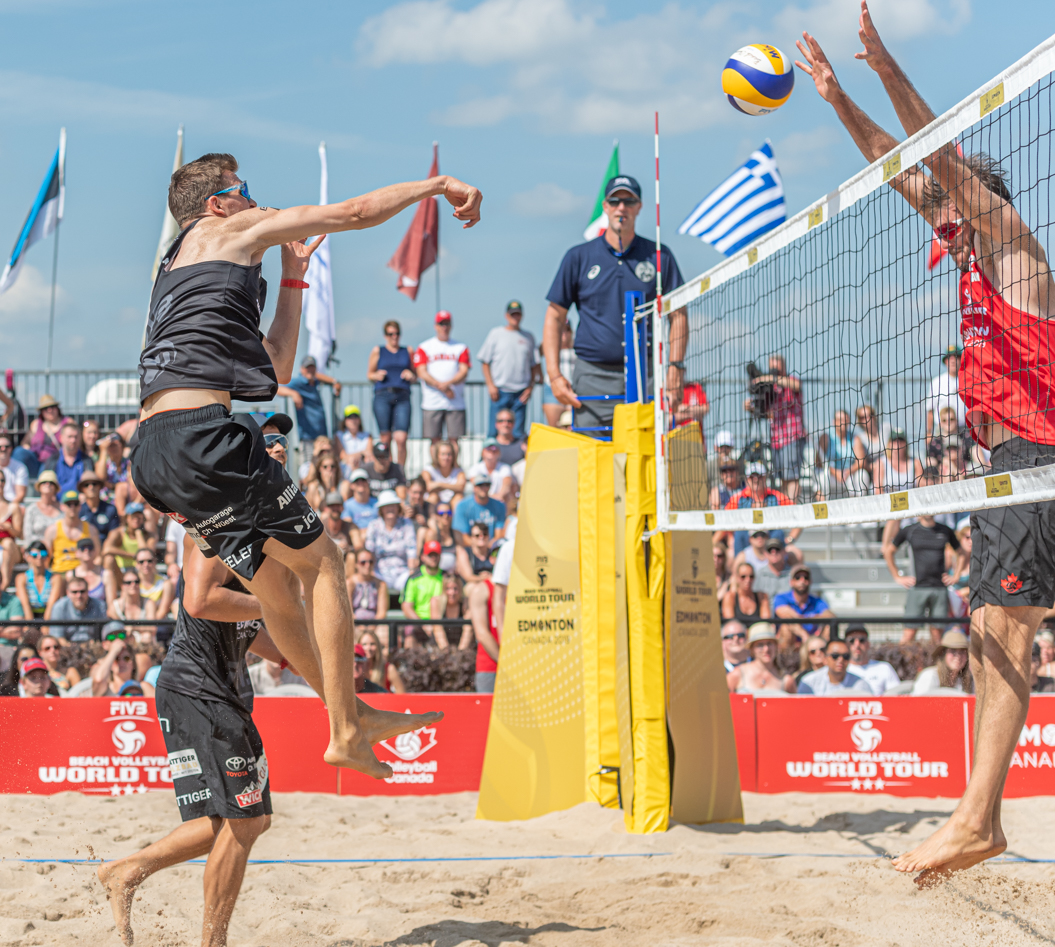 Beeler spikes against Saxton's block in the Edmonton Open final
The Edmonton Open podium featured a second North American duo as USA’s Stafford Slick and Billy Allen posted a 21-13, 21-16 win over Italy’s Alex Ranghieiri and Marco Caminati to secure the bronze medal, their second as a team in just 11 World Tour events.
The Americans are in good form this summer after getting a top-ten finish at the World Championships two weeks ago in Hamburg.
“We’ve been hitting our stride,” Slick commented. “It’s midseason form and that’s where we wanted to be. We always enter tournaments with the goal of getting to the podium and we managed to do it here, so it was great fun. It’s always tough to bounce back after losing in the semifinals, so to turn it around and come back and beat a great team like Italy, it was really fun.”