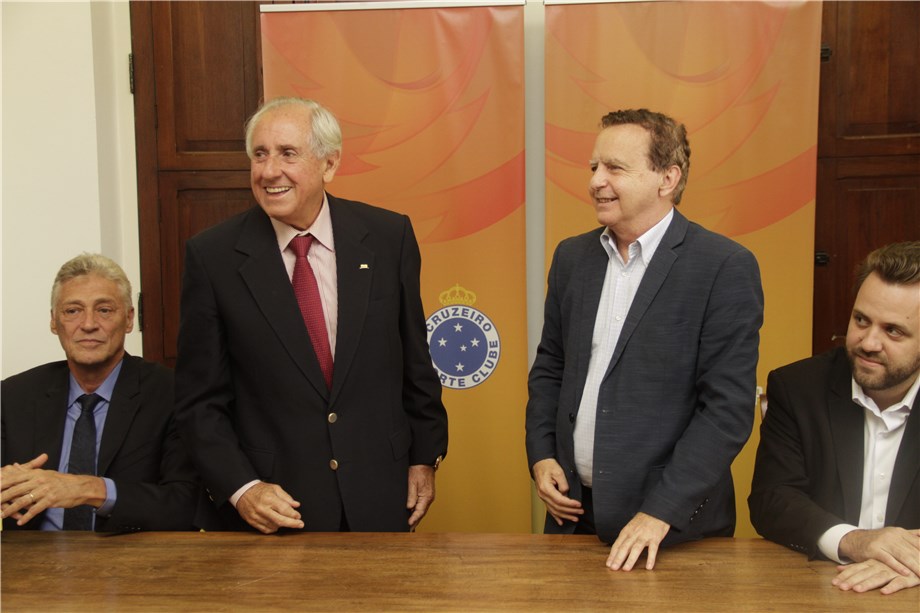 FIVB President with Vittorio Medioli (to the right), Mayor of Betim and founder of Sada Cruzeiro Volleyball Club

Minas Gerais, Brazil, November 4, 2019 – FIVB President Dr. Ary S. Graça F° met with Vittorio Medioli, Mayor of Betim and founder of Sada Cruzeiro Volleyball Club, last week to sign an official agreement for the Brazilian team to host the 2019 FIVB Volleyball Men's Club World Championship.
The fifteenth edition of the tournament is set to take place at the Divino Braga Gymnasium in Betim, from 3-8 December. President Ary Graça said that he had full confidence in Betim, which has hosted three previous editions of the World Championship (2013, 2015 and 2016).
“What makes us so confident that we can successfully host this tournament in Betim is the management guarantee. A championship of such magnitude and importance cannot fail.
“We had other offers, but we didn't have the security that rivals what Sada Cruzeiro and Betim can offer us. I know that everything will run as smoothly as possible, as it has done in previous editions.
“This World Championship in Betim is also a sign of gratitude to Vittorio Medioli, who started it all and created this wonderful project,” President Ary Graça added.
The FIVB President went on to congratulate Sada Cruzeiro on the club’s philosophy with regard to investing in home grown talent.
Following the announcement, Mayor Medioli said:
“With the experience gained, we are sure that our organisation will set another great example by hosting the 2019 Men’s Club World Championship.”
This year's Club World Championship will adopt a different format from previous editions, with four teams fighting for the title, including reigning South American champions, and hosts, Sada Cruzeiro, Italy's European champion Lube Civitanova, Russian Zenit Kazan, and Al-Rayyan, from Qatar. In the first phase, all four teams will play each other to determine the rankings before the semifinals.
The 2019 FIVB Volleyball Women’s Club World Championship will also be held from 3-8 December, at the Olympic Sports Centre in Shaoxing, China.