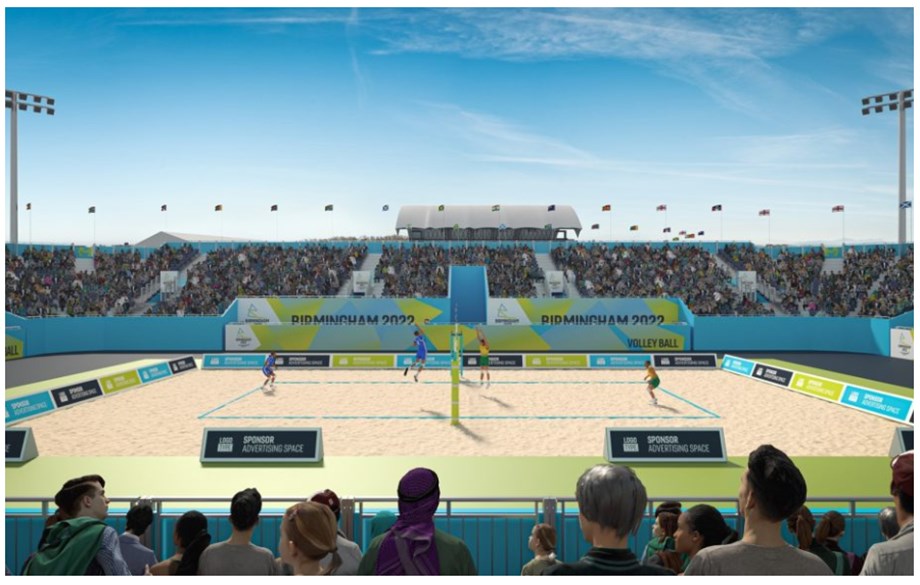 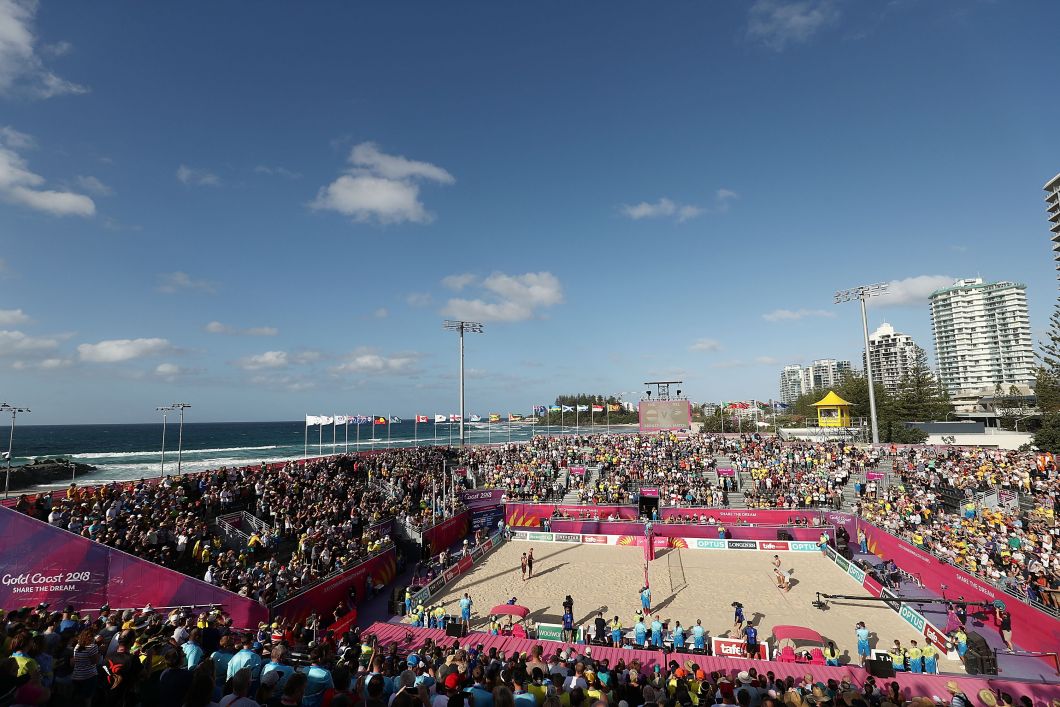 Beach volleyball made its debut at the Commonwealth Games at Gold Coast 2018 (photo courtesy of CGF)
Birmingham 2022 finalised its plans for the Smithfield site after working closely with the host city, national governing bodies and relevant International Federations, including the FIVB. Smithfield, previously the site of Birmingham’s Wholesale Markets, is located at the heart of the city centre and will be a crucial venue, creating an urban hub that’s just a short walk from the famous Bullring shopping centre, with views of the Rotunda and Selfridges building. The site will provide a distinctive city-scape backdrop for beach volleyball players and spectators to enjoy, and will be an interesting contrast to the packed stadium at the sport’s first Commonwealth Games appearance on Australia’s Gold Coast Coolangatta Beachfront.
In addition, temporary courts have been setup at the site to celebrate two years to go, giving both current and future beach volleyball stars the opportunity to experience the location and get a taste of the sporting action to come in 2022.
Chief Executive Officer for Birmingham 2022, Ian Reid, said:
“Smithfield is a fantastic location for these two sports [beach volleyball and 3x3 basketball], allowing us to bring together thousands of local people and spectators from further afield and enabling us to create a key hub for the Games in the heart of the city centre. It’s currently a blank canvas which will allow us to transform this location into a vibrant venue for two exciting sports that will no doubt bring a festival atmosphere to the Birmingham 2022 Commonwealth Games.”