Bisonte firm up squad for next season 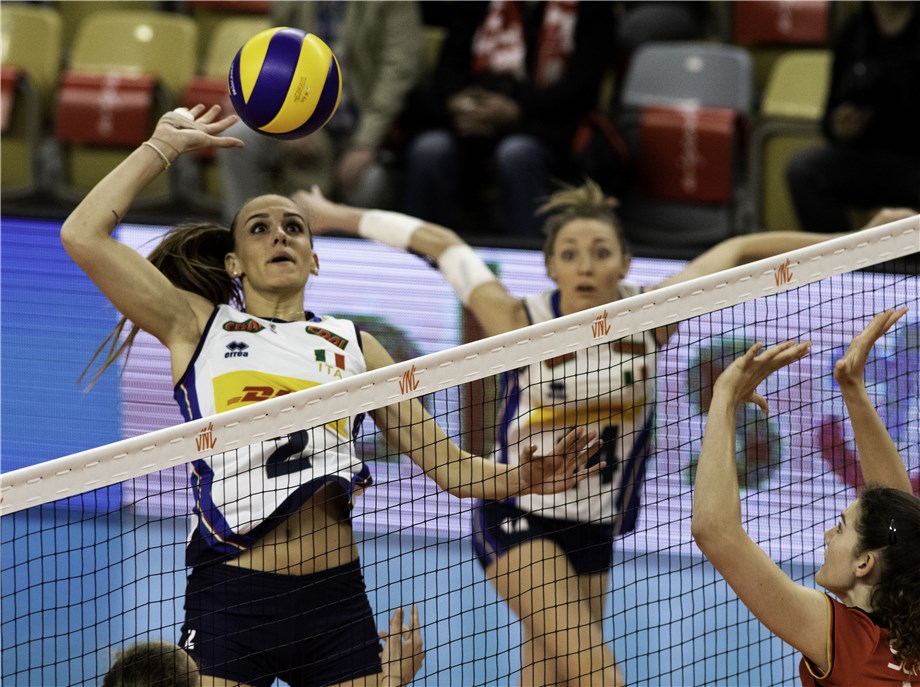 Sara Alberti will be playing in Florence again next season

Florence, Italy, April 24, 2020 – Sara Alberti has been named the new captain of Bisonte Firenze and the Florence-based team have acted quickly to sign up their leading players since the end of the Italian Serie A1 season was confirmed earlier in April.
The 27-year-old joined Bisonte in 2017 and takes over from Laura Dijkema as captain of Marco Mencarelli’s team.
The middle blocker signed a two-year extension at the end of the 2018-19 season and she will become the club’s fifth captain since they won promotion to Italy’s top-flight in 2014.
“It’s a great honour and a great pleasure for me to become captain of this squad because Bisonte is like home for me,” Alberti said.
“The captain is an important player, a sort of median between the club, coach and team. I hope to be able to be useful for everyone and to do my best possible.”
Alberti will line up alongside three Bisonte regulars who have signed extensions for the 2020-21 season.
Sylvia Nwakalor has signed on for her second season in Tuscany and she will hope to use it as a springboard to inclusion in Italy’s squad for the Olympic Games Tokyo 2020 after she helped the Azzurre to silver at the Japan 2018 FIVB Volleyball Women’s World Championship.
“I’m really happy to be able to play another season with Bisonte,” the 20-year-old opposite spiker said. My first season was mixed. It started well and the team played well, but then we went through a difficult period, but I’m sure with hard work we will be able to be competitive next season.”
The other two players to sign up for another campaign are Italian libero Maila Venturi and US spiker Mikaela Foecke, who will continue her first experience of playing in Europe and aim to hold onto her place in the USA squad after she helped them win the 2019 FIVB Volleyball Nations League.
“I’m very happy to stay in Florence and to wear the Bisonte shirt for another season,” Foecke said. “I can’t wait to start next season because I think this team still has room to improve further.”