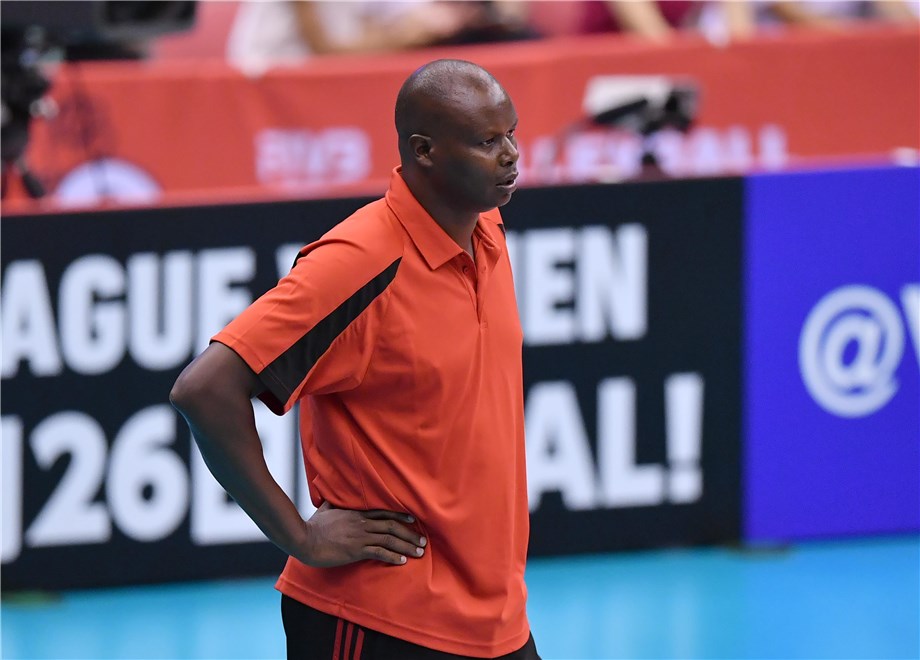 Paul Bitok is optimistic about the future of volleyball in Kenya

Osaka, Japan, October 4, 2019 – Kenya women’s coach Paul Bitok had a very successful 10-year spell improving Rwandan volleyball, but he was happy to answer a “help” message from the Kenya Volleyball Federation earlier this year to take charge of the Kenyan women’s team. Bitok’s brief was to re-energise and reorganise the squad, take them to the FIVB Volleyball Women's World Cup and aim them towards the Tokyo 2020 Olympic qualifiers.

Quick links - Volleyball:
FIVB Volleyball Women's World Cup
Facebook
Twitter
Instagram
Youtube
Although playing against the world’s best in the World Cup proved to be a tough challenge, he managed to bring some stability to the Kenyan team – beating African rivals Cameroon 3-1 for their only win on the final day – and his fellow international coaches praised him for the work he’d done in a short space of time.

"I want to congratulate Team Kenya. We studied them on video and saw them today and we see them playing the best volleyball we’ve ever seen from them,” said USA coach Karch Kiraly. “Every year, they are getting better and better and that’s a real credit to their learning and to their coaches. We also have great admiration for the spirit that they play with, their competitive spirit and their joy of playing volleyball.”

Bitok, a former professional player in Tunisia and Europe, has no intention of resting on his laurels. “I would like to bring some young players to Tokyo 2020 so they can experience the excitement and pressure of a huge tournament. We are not going to win a medal at the Olympics – yet – but our young players need to have this goal to aim at.”

And Bitok has put his money where his mouth is. He runs the Paul Bitok Sports Academy that has over 300 children, of which a third play volleyball. “I want them to see, understand and reach the level of the top teams,” he says.

Essential to this is for Kenyan players to gain experience overseas. “I’m not going to ask them to go overseas to get experience,” Bitok states. “I’m telling them this is something they must do.” Playing against better teams – non-African teams is what he means – is also something the coach believes is necessary to build a strong Kenyan team. 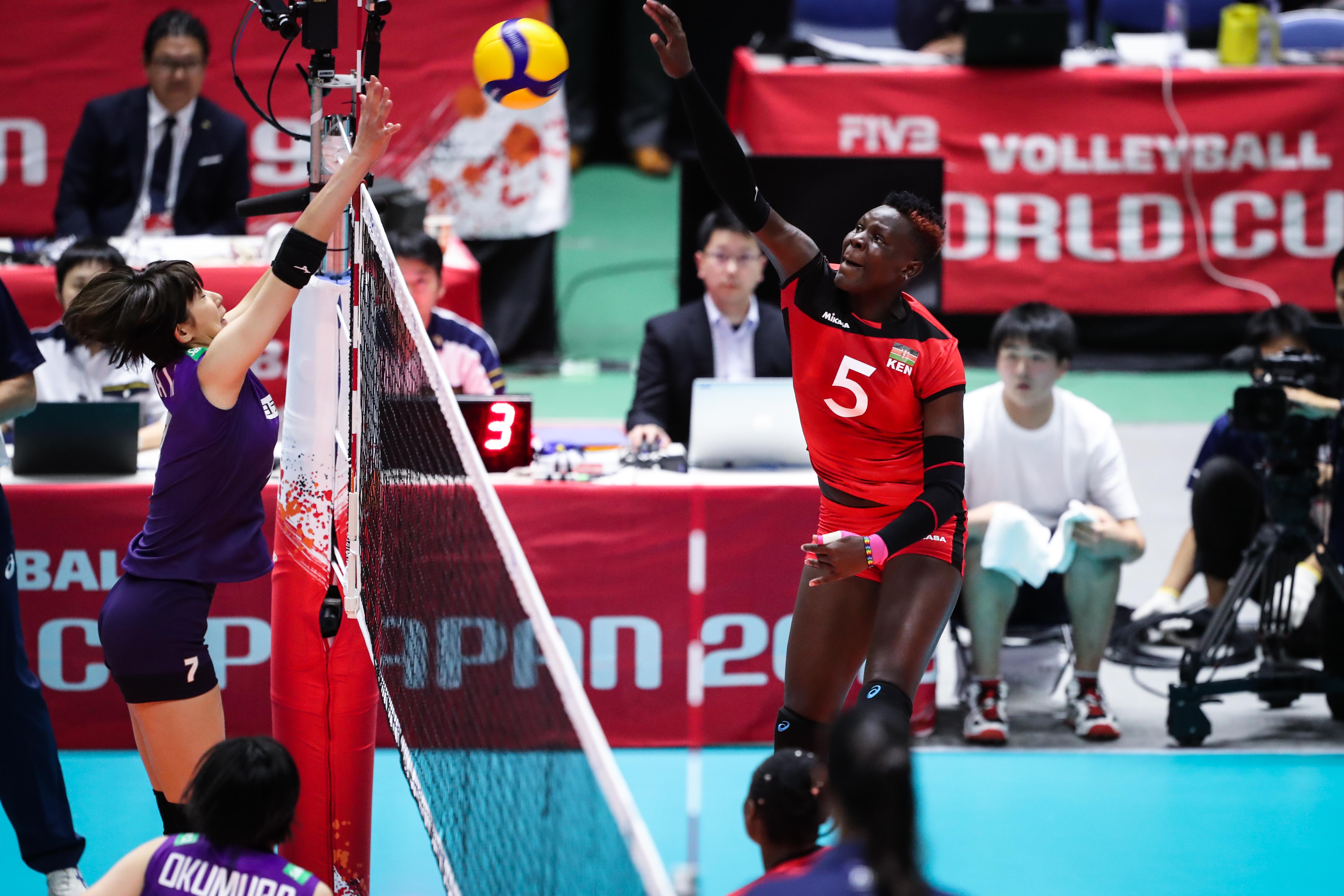 Kenya's top scorer in the World Cup, Sharon Chepchumba Kiprono in action at the net.
“We have our rivals on the continent – such as Cameroon – but our real challenge lies further afield,” Bitok explains. “We want to emulate teams such as Thailand and the Dominican Republic who have raised their volleyball programmes up and can now compete with the best. We have great athletes in Kenya; what we need now is great professionalism, athletic dedication, good coaching and international experience.”
Bitok notes that Kenyan league games are still played outdoors and this is one of the first things he wants to change. “A shift from playing outdoor on a grass surface would be a huge morale and conditioning boost for our players,” he said.

But that would just be a start to a new brand of Kenyan volleyball that Bitok envisages. Grassroots coaching is vital to raising the level of volleyball in Kenya, he says: “We have to build a stronger foundation if we want to compete with global volleyball powerhouses.”

“From a development point of view, it’s very difficult to pick a player who didn’t learn the basics as a junior, because they will have problems with reception and blocking, and by then it’s too late to change them. That’s been the reality for us, but now we want to change this and introduce youth and junior teams to play in FIVB competitions.”

In other areas, Bitok wants to see Kenya introduce academies, education for coaches, adopt modern analysis systems, and blend private and public resources to give Kenyan volleyball a chance to move forward. The coach is optimistic.

“I can see an enormous potential opportunity for us to improve in the future,” he says.