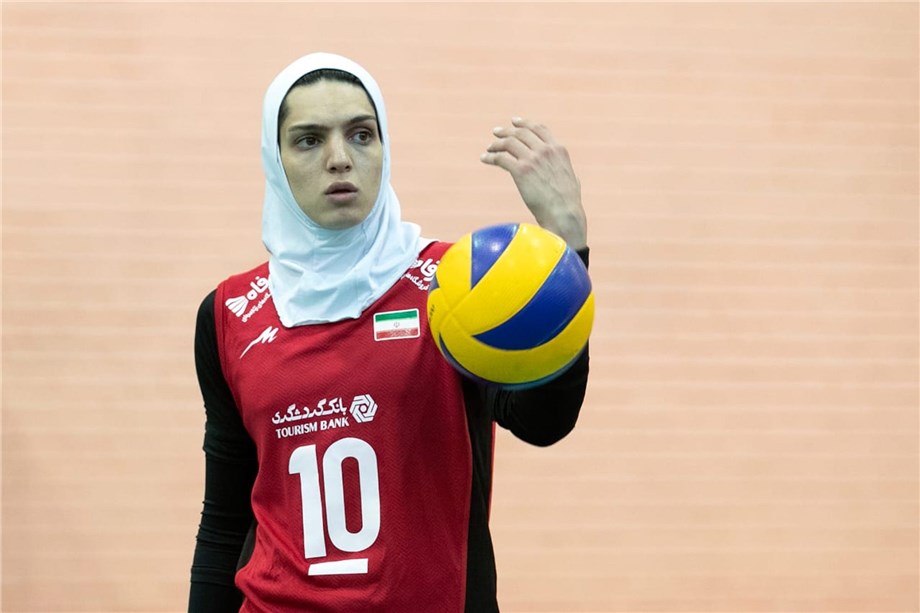 Lausanne, Switzerland, September 5, 2020 – The Iranian men’s team has established itself as one of international volleyball's leading powers and is renowned for producing superstars Saeid Marouf and Seyed Mousavi. Now the country's women are starting to make their way to the forefront of Asian volleyball.

Maedeh Borhani’s journey has been long but rewarding, pursuing a career in sport at a time when dreams of winning international competitions were only dreams, and carving a niche of her own in Iranian volleyball.

“Everyone knows that I am a fighter on the court, but outside of it, I have a sense of humour. I am energetic, cool and cheerful. I am also very responsible, hardworking and honest,” Borhani said.

“In sport, if you want to be a winner, you should work hard, fight and focus on your targets. It is important to improve yourself first rather than focus on the outcome of the match. You have to study the winners and see how they win a match, while also respecting the losers for the efforts they put into the game. 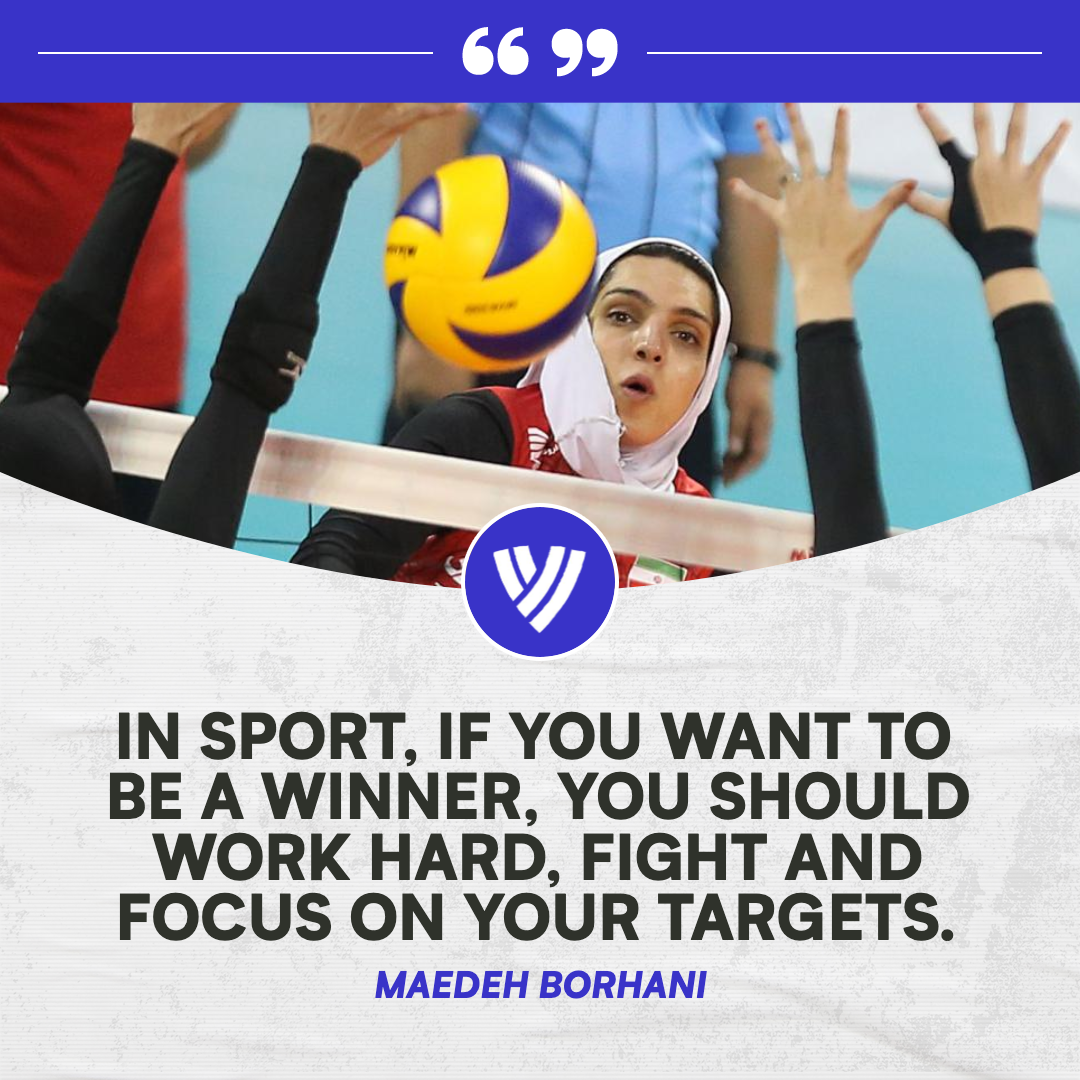 “I think I have made a lot of progress. I gained more confidence, experience and responsibility as a captain. Volleyball has given me confidence. I have experienced both winning and losing. I have raised my mental and physical abilities, which has made me a more powerful player. Now I am a good role model for my family and friends.”

Borhani made her debut with the national team when she was only 18 years old. Now 32, she has found long-term success in volleyball, but not only that, she has also increased her role in empowering younger Iranian women to participate in the sport.

“My first tournament was the 2009 Asian Club Championship in Vietnam. It was amazing because I was only 18 at that time.

“I like all the tournaments I have played in, but the most memorable was the 2014 AVC Cup in China, where we beat Vietnam for the first time and improved our continental ranking. The 2018 Asian Club Championship in Kazakhstan was also memorable because we finished fifth and I was among the top four scorers.

“I have an MA in Sports Management. I am currently working as fitness coach at a VIP gym in my country. I also have my own volleyball academy in Tehran. I am working there with my best friend, Zeinab Giveh.”

Borhani was a late bloomer in the sport, picking up volleyball as a 16-year-old after playing a different sport in her childhood for many years.

“I became interested in sport for the first time when the Iranian football team made it to the FIFA World Cup in 1998. I was 10 at that time. All Iranians followed that tournament and I became a big fan of Ahmadreza Abedzade, who was a famous goalkeeper and captain.

“I was so active and crazy about football, but we didn’t have football in my school in my hometown Isfahan. So, I chose volleyball which was my family’s sport. I got into volleyball when I was 16.”

Her power on the attack immediately made her a force in Iran’s women’s volleyball. She has grown into a high-scoring player in continental tournaments, which has provide her with an opportunity to show off her skills to overseas club leagues.

Borhani, along with Giveh, were the first Iranian female volleyball players to play outside of their country.

“Everyone knows that female Muslim players have to wear a hijab or a head cover. In the beginning, it was difficult because there were no leagues that accepted us. However, the Bulgarian federation opened its doors to Iranian women and confirmed our participation in their league.

“In Bulgaria, I played with Giveh. We had a different experience, but we totally enjoyed playing there. The Bulgarians were impressed with our performance and were surprised that Iranian women could play volleyball at such a high level.

“I was alone when I played in Turkey, but I found new friends there. Iranian and Turkish people have a similar culture, so I played there for three years.

“These are ground-breaking experiences for an Iranian female athlete because I was able to share new things when I played with the national team. It was a good challenge but also very important for any athlete to be exposed in bigger competitions like this to learn from other players.”

As team captain, Borhani leads and helps her team chase their dreams at the continental and world level.

“I hope we can be among the top four teams in Asia. As a player I would like to go to the World Championships or the Olympic Games and get a medal at the Asian Championship. If I can become a coach, I would like to be one of the best coaches in the world like Lang Ping.”
Quick links:
FIVB.com - Volleyball
Facebook
Twitter
Instagram
Youtube