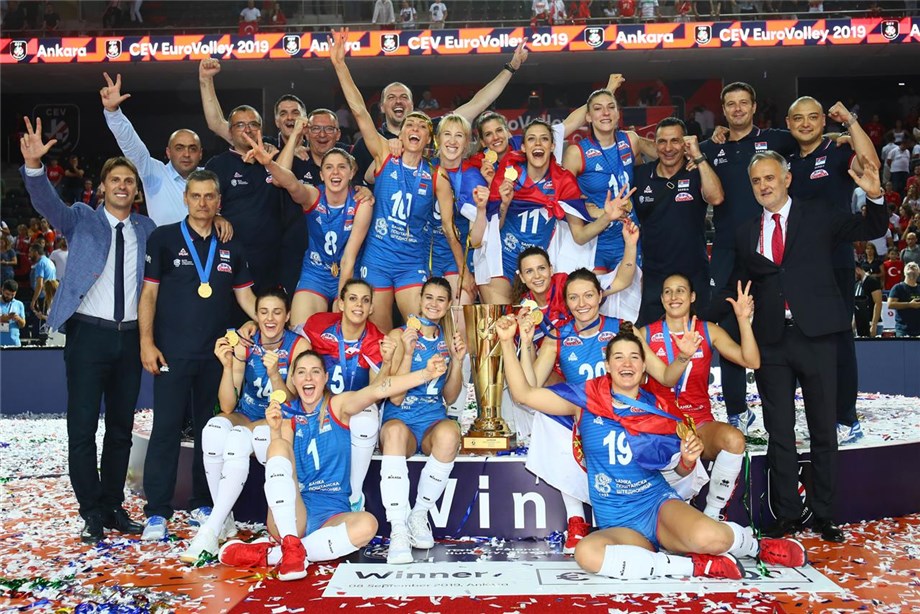 Earlier in the day, Italy defeated Poland to claim bronze and their first EuroVolley podium finish since 2009. A total purse of €750,000 was distributed to the top four teams of the competition.

Speaking after the final, Serbia captain and setter Maja Ognjenovic said: "It is a great feeling but I have to say it was not easy to play in such an atmosphere. Turkey is a very good team. I think our coach did a great job today. He made some changes in the right moments. I am so happy and proud because as I said before the tournament, it is more difficult to defend a championship title than to win one. All eyes were on us because we were the defending champions. There was a lot of pressure. In the pool phase, we did not play our best game but we got better with each match. We played great in the tiebreak. It was magical. We managed to come back from a 3-point deficit. It is not easy to do so in a tiebreak. We had more experienced players and this helped a lot. We had a big wish, I know Turkey also wanted to win but maybe we were more motivated to win."
Turkey setter Naz Aydemir Akyol said: "It is very sad to lose a European Championship final like that, in front of our fans, after coming so close. We lost our lead in the tiebreak due to simple mistakes. It makes our hearts even more sink. If we had lost 3-0, maybe it would not have been that painful. I cannot say that we performed really well in the pool phase but we improved with each match. In the last week, I think we were better as a team. We wished to finish the tournament with the gold medal but it was not meant to be." 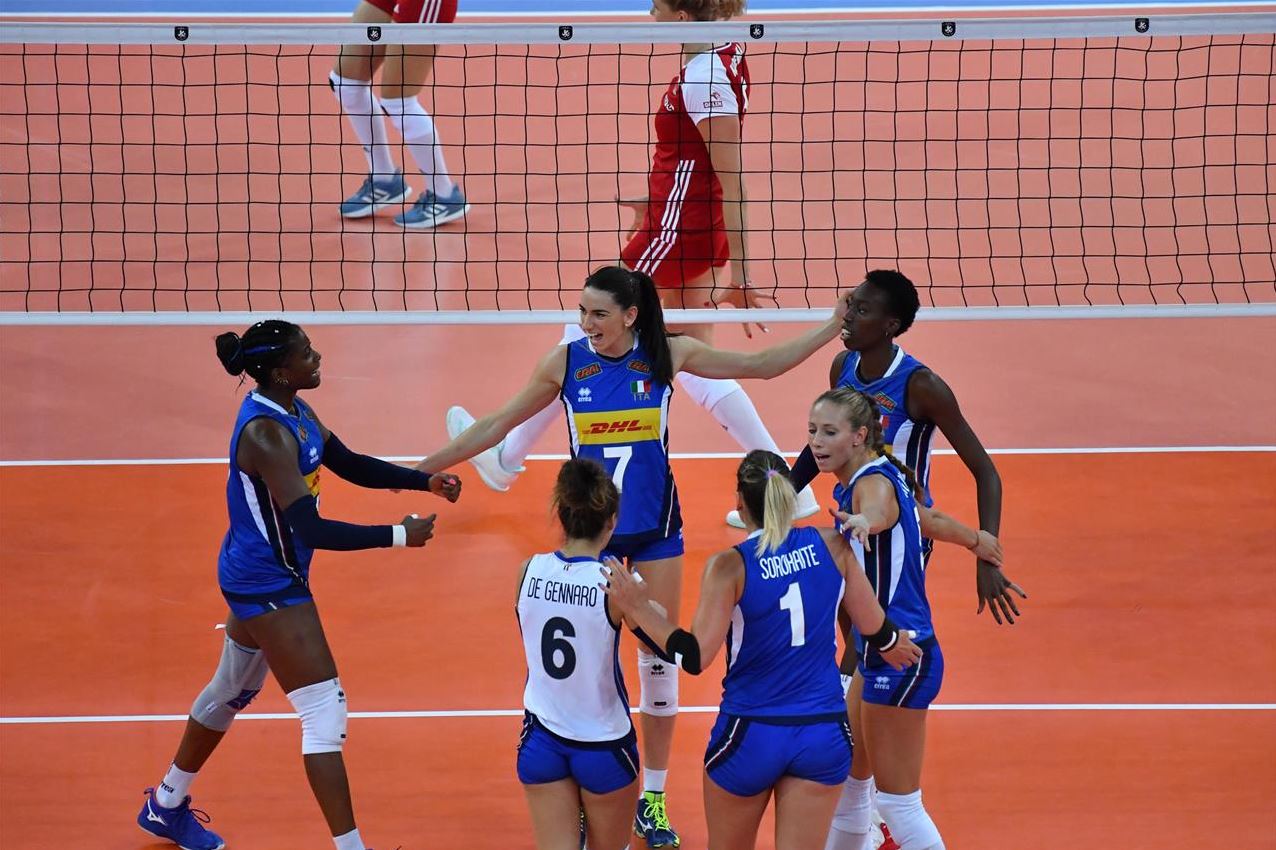