Toronto, Canada, September 18, 2016 - Tri Bourne and John Hyden of the United States rebounded from a disappointing semi-final setback here Saturday morning to capture the bronze medal match at the US$500,000 SWATCH FIVB World Tour Finals in the afternoon.

Toronto, Canada, September 18, 2016 - Tri Bourne and John Hyden of the United States rebounded from a disappointing semi-final setback here Saturday morning to capture the bronze medal match at the US$500,000 SWATCH FIVB World Tour Finals in the afternoon.
To claim the $20,000 third-place prize, Bourne and Hyden scored a 2-0 (21-14, 22-20) win in 43 minutes over Ben Saxton and Chaim Schalk of Canada.  It was win No. 2 this week for the Americans over Saxton and Schalk after defeating the Canadians Thursday in pool play.  Overall, Bourne and Hyden have won three of four FIVB World Tour matches with the Canadians. 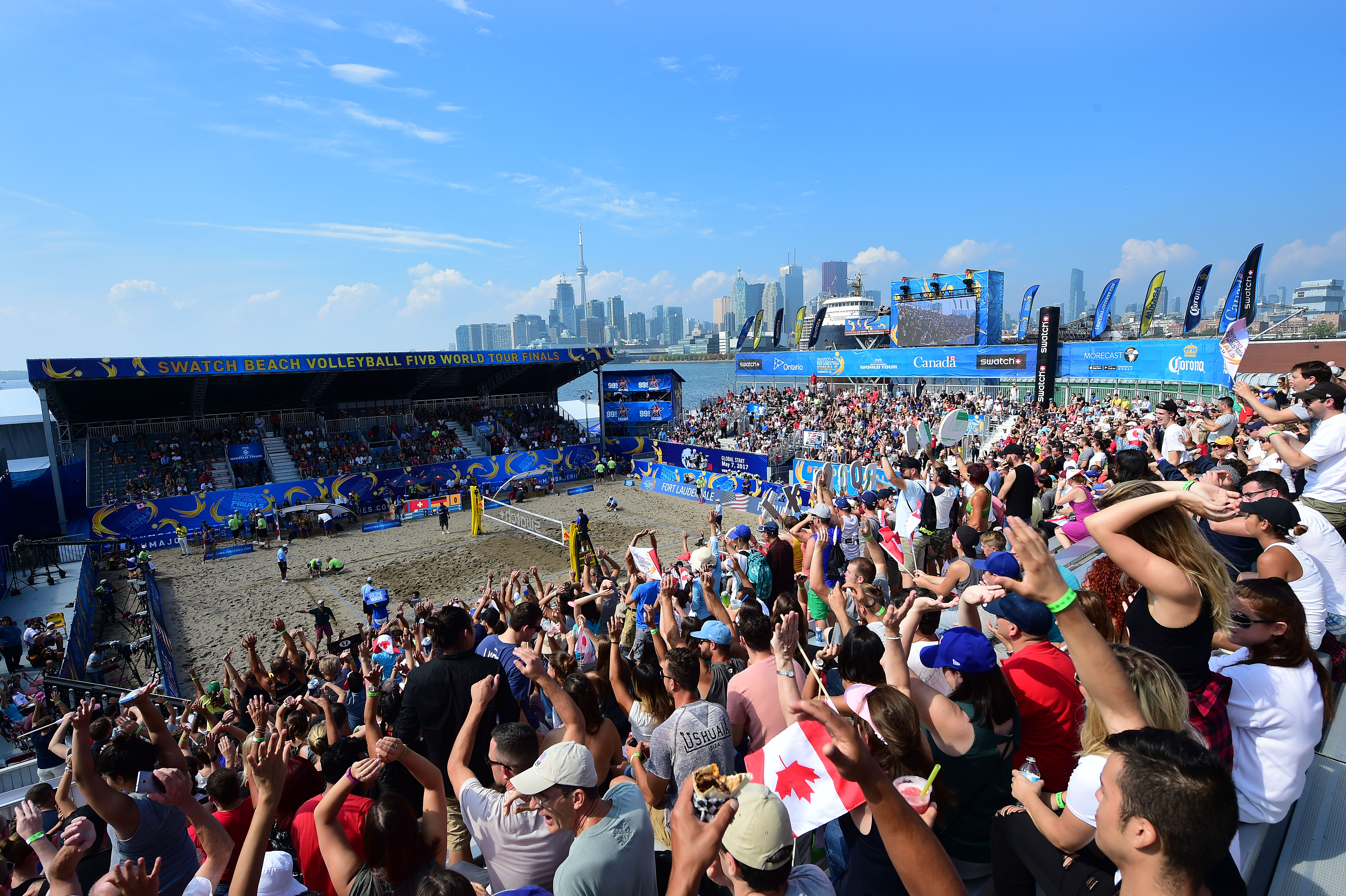 John Hyden - “We came out really strong, serving tough and we were running our defense really well. Toward the end there we got in a little funk and then I told this guy to get that energy going and he got that huge block toward the end. That was the difference. They played really well in that second game.”
(short recap on the season) “We had a long season. There’s nothing short about it. It started off bad because (Tri) was injured before the season started and I got injured once the season started and I was out for five weeks. I had to come back from that really quick and we missed some tournaments and we struggled but we fought trying to get our points for the Olympics. It just didn’t happen for us, the two other teams played a little better this year. It’s been a long season and we’re happy to end it the way we did. Every year we try to come out and end it with a win. This will help out.”
Tri Bourne - “They’re great fans, it’s a great place to play, they represented their boys really well and I think they helped them get back in it but we had to fight through it and focus and we came up with those huge plays at the end, a big block (Bourne) and that huge dig (Hyden).”
(on being the best American team standing at the end of the season) “It’s huge, especially this year when we didn’t get to go to the Olympics. Those guys (Nick and Phil) earn everything that comes to them but we’re right up there with them, if not better sometimes.”
(offseason) “I’ve been trying to block it out now for so long that I don’t even know what to do with myself. Definitely not play volleyball for awhile. Hang out with my family, with my fiancée, just hang out, go home to Hawaii for a bit and get in the water.”
Ben Saxton - “We started slow after the quick turnaround from the first match.  We didn’t get the start we wanted.  Midway through the second set we started to figure it out but it was too little, too late.  Wish it could’ve gone the other way.  The Toronto crowd was the best.  It’s nice to be able to share this with the home crowd.  We want to keep coming back here year after year.”
Chaim Schalk - “It’s tough, obviously we wanted to be on the podium.  They played their best game and we were a little flat coming off a tough semi.  We left it all out there so we can’t be too upset."