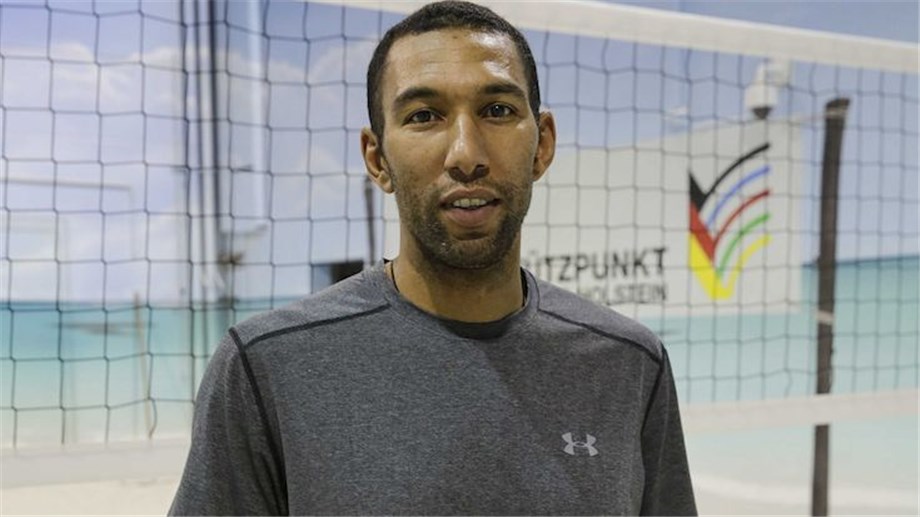 Morph Bowes is aiming for more German success in 2017

Lausanne, Switzerland, January 30, 2017 – Imornefe ‘Morph’ Bowes has been named as the new head coach for the German women’s beach volleyball squad.
The former Scottish international has signed up with the German Volleyball Federation after Tilo Backhaus was added to the women’s coaching team.
His most recent job was as head coach for the Dutch women’s teams and he led their duos Marleen van Iersel and Madelein Meppelink and Sophie van Gestel and Jantine van der Vlist to the Rio de Janeiro 2016 Olympic Games.
He enjoyed his biggest success as a coach with leading Dutch pair van Iersel and Meppelink, who won gold at the 2014 CEV European Championships.
“I am looking forward to the challenge,” Bowes said. “We will work hard to gain the trust of the players in this new situation and offer our knowledge, support and a very good environment so that the players can develop and compete at the highest level. This system also creates a new talent development path that promises long-term success.”
Prior to his time with the Dutch women’s team Bowes coached the British team of Zara Dampney and Shauna Mullins at the London 2012 Olympic Games. As a player he represented Great Britain, Scotland and England and played professional volleyball in Belgium.
The 40-year-old also played on the FIVB Beach Volleyball World Tour with Jake Sheaf, Jody Gooding and Robin Miedzybrodzki before hanging his playing shorts up and turning to coaching.
“The job is similar to the one in the Netherlands in some things, but it also differs in others,” Bowes said. “There, the main task was to develop the work already done, now it is to develop the best quality in the first centralization program in the German beach volleyball.”
Germany’s women are currently riding the crest of a wave and will be expected to be among the medals at the Vienna 2017, FIVB Beach Volleyball World Championships and the 2017 World Tour that begins with the Fort Lauderdale Major Series on February 7.
Quick links - Beach volleyball:
FIVB Beach Volleyball World Tour 2017
Rio 2016 Olympic Games - Beach Volleyball
FIVB.com - Beach Volleyball
FIVB.com
Latest Videos
Facebook
Twitter
Instagram
Media Guides

Last year Laura Ludwig and Kira Walkenhorst won gold at the Rio de Janeiro 2016 Olympic Games to cap an exceptional four-year period in which Karla Borger and Britta Buthe won silver at the Mazury 2013, FIVB Beach Volleyball World Championships and the likes of Ilka Semmler and Katrin Holtwick and Julia Sude and Chantal Laboureur won gold on the World Tour.
“For our women, we have found Morph, a brilliant head coach,” German Volleyball Federation president Dr. Andreas Kunkler said. “Hardly any other trainer is such a precise observer and technology fanatic. Our players will benefit enormously from his expertise. He has proved in Great Britain and the Netherlands that he can develop new systems.”