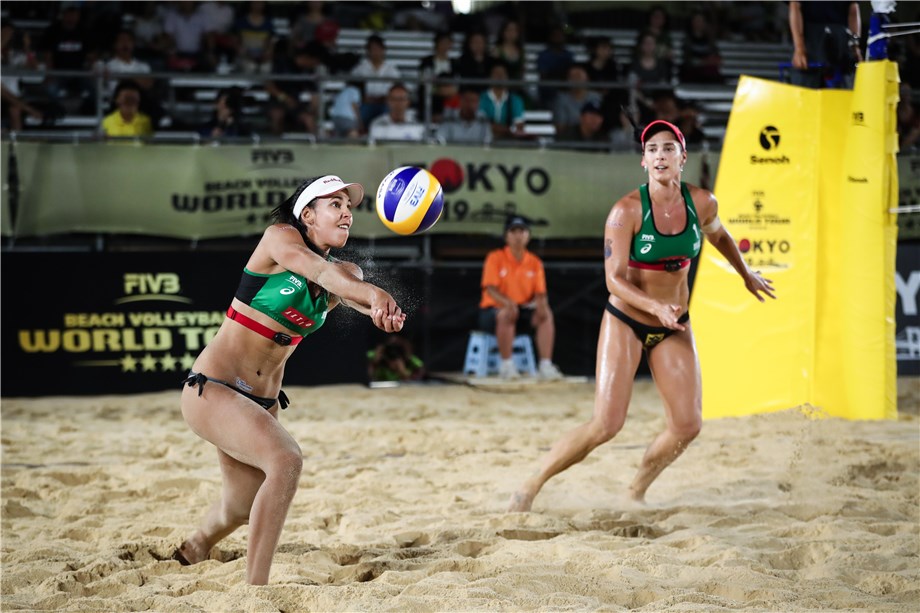 Tokyo, Japan, July 28, 2019 - The beach volleyball dress rehearsal event for the 2020 Olympic Games ends here Sunday with teams from Brazil, Germany, Norway and the United States vying for the gold medals at the Tokyo Open at Shiokaze Park.
Quick links - Beach volleyball:
FIVB Beach Volleyball World Tour - Tokyo
FIVB.com - Beach volleyball
Facebook
Twitter
Instagram
With the Tokyo Open being the 412th women's FIVB Beach Volleyball World Tour event since the start of FIVB sanctionned events in August 1992, Sunday's finale between fourth-seeded Agatha Bednarczuk/Eduarda "Duda" Lisboa of Brazil and top-seeded Alix Klineman/April Ross of United States will be the 101st gold medal match between the two countries with the North American nation leading 55-45.
In comparison, the men's title match pitting top-seeded Anders Mol/Christian Sorum of Norway against 15th-seeded Nils Ehlers/Lars Fluggen of Germany is only the second men's FIVB gold medal meeting in 444 World Tour events since the start of international play in February 1987.
With Klineman and Ross winning the last Brazil/USA title match two weeks ago in Switzerland over Maria Antonelli/Carolina Salgado, Norway will be looking to tie the gold medal series with the Germans at 1-1 after David Klemperer/Eric Koreng defeated Tarjei Skarlund/Martin Spinnangr on July 4, 2010 in Stavanger, Norway. 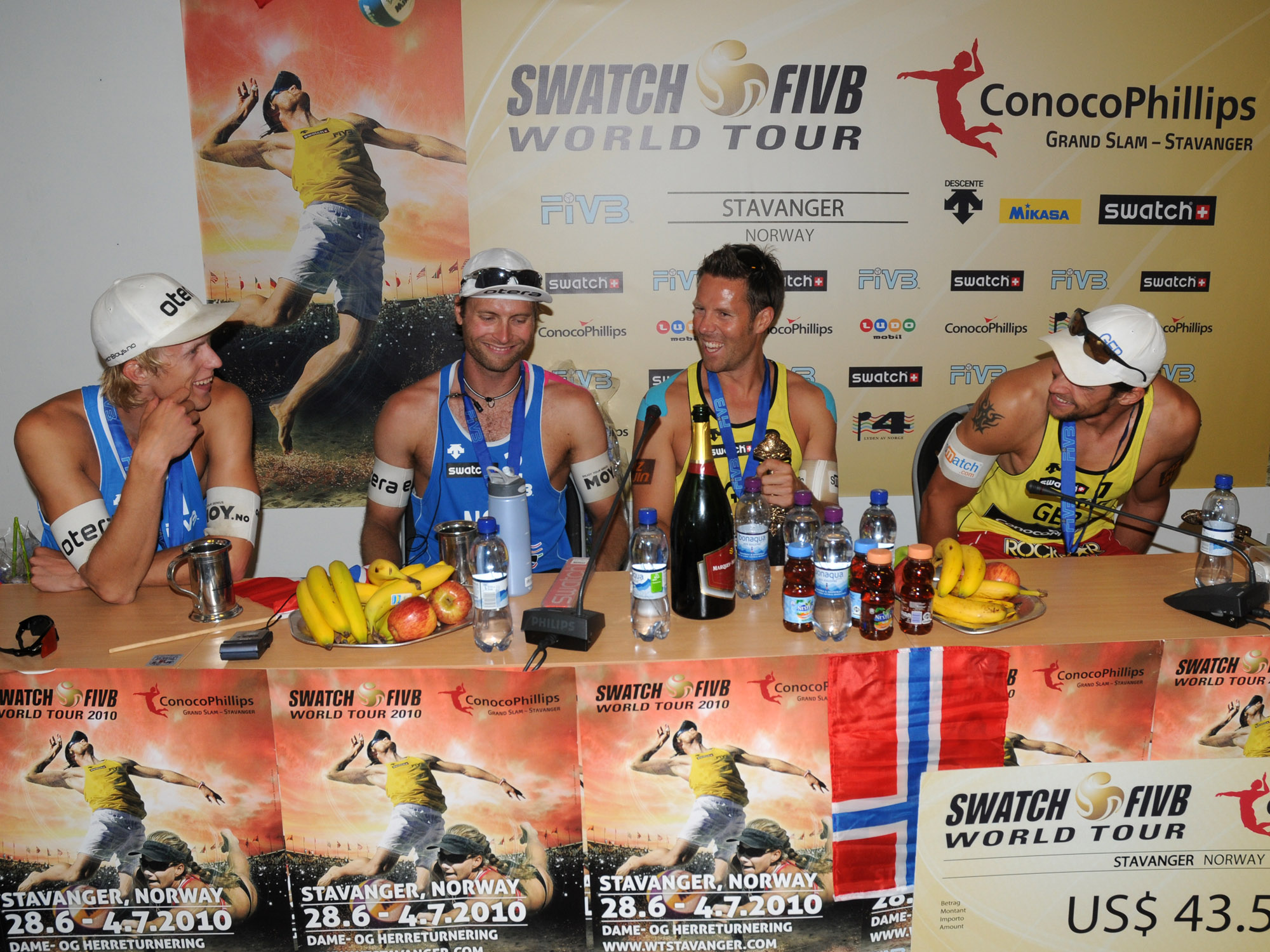 The World Tour finalists at the 2010 Stavanger Grand Slam were (left to right) Martin Spinnangr, Tarjei Skarlund, David Klemperer and Eric Koreng.
While the two top-seeded teams in the finals reached Sunday’s gold medal matches with perfect 6-0 Tokyo Open records, both challengers have stumbled along the way with pool play setbacks before recovering to win three-straight elimination victories each.
Ehlers and Fluggen have had the longest route to the finals as the Germans had to win a qualifying match on Wednesday to advance to the Main Draw where the pair has posted three wins over higher-seeded teams from beach volleyball power Brazil to earn their first FIVB meeting with the Norwegians.
In addition, the Germans will be seeking to become the 27th men's team to win a World Tour gold medal after qualifying for the main draw. The last team to accomplish the feat at an elite FIVB event was the Grimalts (Esteban and Marco) as the Chilean cousins topped the podium in mid-March this season at Doha, Qatar.
While Ehlers and Fluggen stumbled once in pool play on Thursday, Agatha and Duda dropped two Tokyo Open group matches Thursday and Friday before recovering with three uncontested elimination wins Saturday where the Brazilians out-scored their opponents from the United States and Canada 126-79 in six sets.
In chasing gold medals on Sunday, Ehlers and Fluggen will be playing in their first finale as the Tokyo Open is the Germans' 12th World Tour event together as the pair has amassed a 21-17 FIVB match mark. Mol and Sorum will be seeking World Tour gold medal No. 9 as the Norwegians are playing in their 11th title match in 26 FIVB events together with an impressive 170-25 record (81 percent winning percentage).
Both women's teams with be chasing their fifth FIVB gold medal together. Agatha and the 20-year-old Duda will be playing in their eighth FIVB finale as the Tokyo Open is their 29th World Tour appearance together with a 116-42 match mark (73%). The Tokyo Open is Klineman and Ross' sixth gold medal match as the Americans have posted a 67-20 record (77%) in 15-plus international tournaments together.
As for gold medal matches, Norwegian men's teams are 16-8 in World Tour gold medal matches. German men's teams are 20-36 in FIVB title matches plus one event (Espinho, 2005) where both teams were from the European country.
American women are 87-64 in FIVB gold medal matches plus 22 where both teams were from the United States. Brazilian women's teams are 108-80 in World Tour finales plus 61 times where both teams were from the South American country.
Finally, the men's gold medal match marks the 71st all-European finale on the FIVB World Tour and the seventh this season. The feat has been accomplished 36 times by European women, including six times this year.