Brazil looking for Olympic berths in Haiyang without top teams 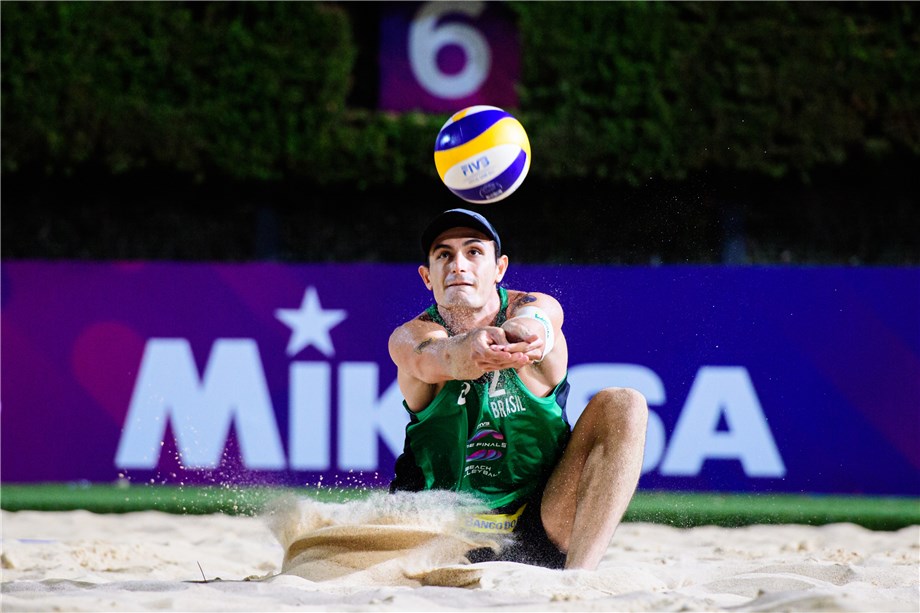 Haiyang, China, September 18, 2019 – Beach volleyball powerhouse Brazil has five teams among the top-ten of the FIVB men’s and women’s world rankings and even though none of these duos will be at his week's FIVB Tokyo Beach Volleyball Qualification Tournament in China, the country still aims to succeed in Haiyang.
Quick links - Beach volleyball:
Tokyo Beach Volleyball Qualification - Haiyang
Facebook
Twitter
Instagram
As Brazil is well-positioned to secure its two Olympic berths in each gender to the Tokyo 2020 Games via the Olympic rankings and with the National Federation running its own system to determine which teams will compete at the Japanese capital next summer, the country decided to send different teams to compete at the Chinese city this week.
In the men’s tournament, the South Americans will be represented by 25-year-old Andre Loyola and 23-year-old George Wanderley, who are currently third in the country’s internal Olympic race behind Alison Cerutti/Alvaro Filho and Evandro Gonçalves/Bruno Schmidt.
“This is our first time competing for the Olympics and we’re still a new team, so we thought it would be a valuable experience for us to play,” Andre, a 2017 world champion, said. “We will face some of the best teams in the world and the tournament has a different format, so we feel it’s going to be an interesting challenge for us thinking about the future of our team.”
Andre and George are part of the pool A, which also has Italians Daniele Lupo and Paolo Nicolai, Swiss Adrian Heidrich and Mirco Gerson and China’s Peng Gao and Yang Li. 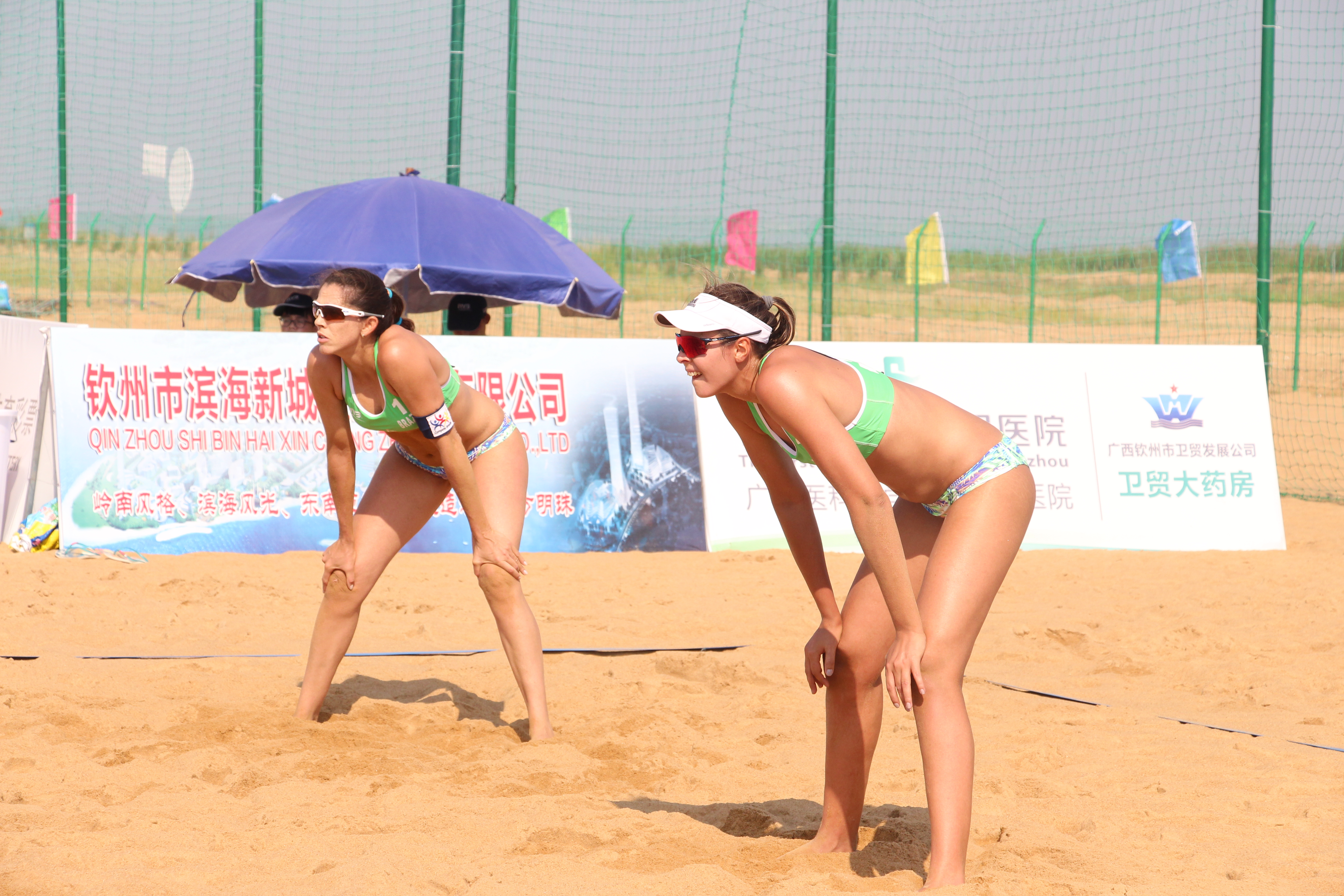 Angela (left) and Carol Horta represent Brazil in Haiyang
The Brazilian female team competing in Haiyang is the one of Angela Vieira and Carol Horta. The duo, which is virtually out of contention for a spot at next year’s Olympics, has recently won a bronze medal at the 2019 Pan-American Games in Lima, Peru.
“We are very happy to have the opportunity of playing on this event,” the 27-year-old Carol explained. “It’s a different tournament and we’re very focused to have a good finish. We won two silver medals in China last year, so I hope we remain lucky and we can secure an Olympic berth for our country.”
The Brazilians are in Pool B, where they’ll battle with Spain’s Liliana Fernandez/Elsa Baquerizo, Italy’s Marta Menegatti/Viktoria Orsi Toth and Japan’s Miki Ishii/Megumi Murakami.