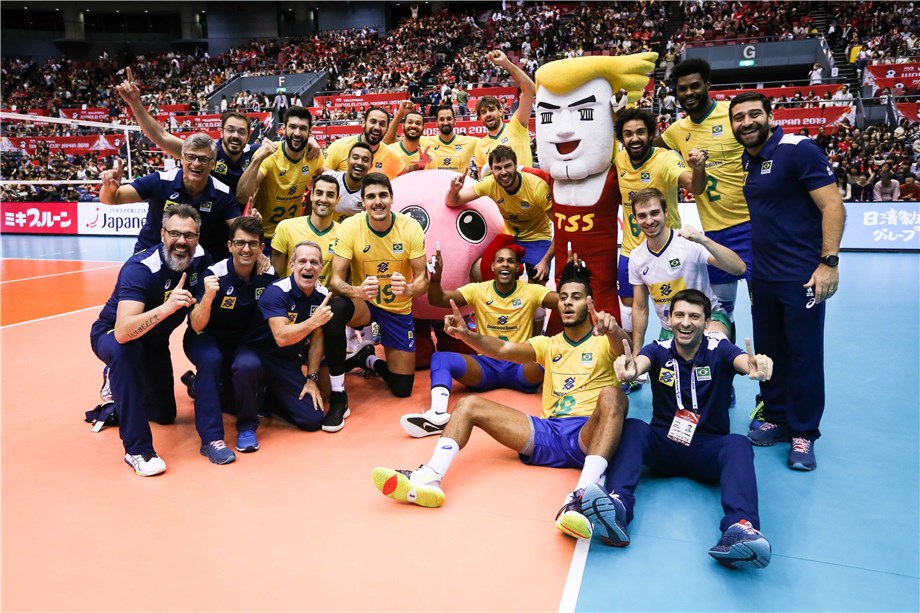 It was Brazil’s 10th consecutive win before officially concluding their campaign on Tuesday to win their third World Cup title.

Japan relied on their usual scoring tandem of Yuji Nishida and Yuki Ishikawa, who claimed 17 and 15 points in the losing effort.

Brazil opened the match with a 25-17 win, but Japan responded with a win in the second set, as they unleashed powerful serves that put the visiting side in trouble.

The South American team gathered momentum from their strong serves in the third set, allowing them to build a big lead. The hosts fought hard, however, and pushed their rivals to the limit which led to a deadlock at 24-all before the reigning Olympic champions managed to get the two-point edge and maintain their undefeated run in the World Cup.

“Before the tournament we talked about how it was so important for our preparation for the Olympic Games next year to be focused for every game,” said Brazil captain Bruno Rezende on keeping their focus throughout the whole competition.

“The length of the competition in the World Cup is the same as the Olympic Games, so we had to be focused in these 15 days and to play every match like a final. I think we did this and even with some ups and downs. It’s normal that we cannot play every match great technically or tactically, but I think our approach for every game was the right one - to be in a final.”

Meanwhile, Poland and the United States are still in the race for the silver medal finish, as both teams maintained an equal 8-2 win-record after earning straight-set victories, with Poland slightly ahead with 25 points and USA on 24 points.

Poland managed to get away with two tight set wins against Canada before closing the match 3-0 (25-23, 26-24, 25-20). The reigning world champions played excellent net defence and played with alertness to limit their errors against their North American rivals.

The USA, on the other hand, had a dominant game against Russia to record a 3-0 (25-23, 25-11, 25-16) victory. USA attacked, served and defended the net aggressively, leaving their opponents struggling on both offense and defence.

USA setter Micah Christenson ran good middle attacks with Mitchell Stahl and utilised Garret Muagututia from the pipe, while the rest of the team played cohesively in counter-attacks.

“Ball distribution would really depend on each team we’re playing but our coach has prepared us really well during training to assess the situation and get in some good percentages,” Christenson said.

“I’m just glad that we were able to win. It’s a bonus to play well but winning is what is important,” added Muagututia."