Brazilian Olympians look ahead to Tokyo 2020 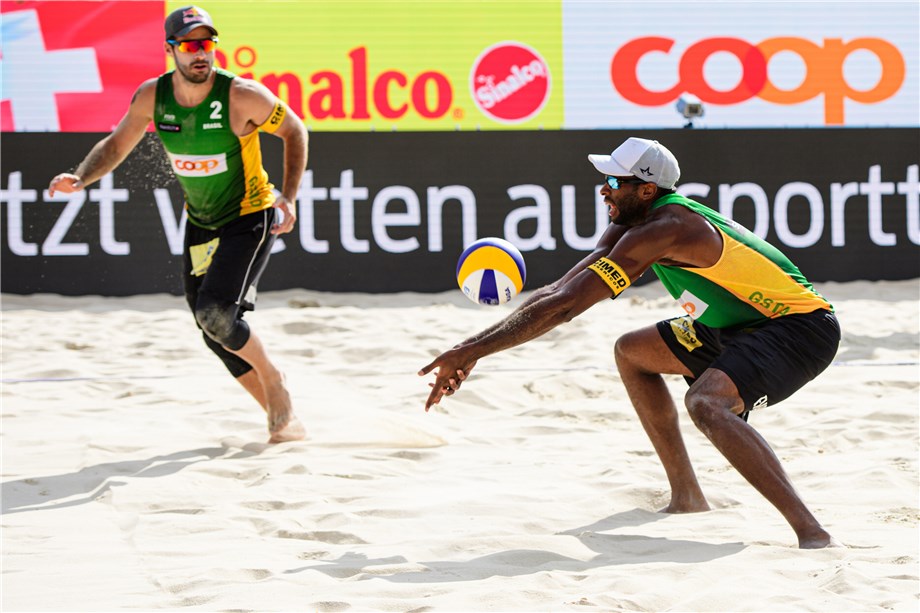 Lausanne, Switzerland, October 17, 2019 – The National Federations qualifying for berths at the Tokyo 2020 Olympic Games beach volleyball tournament via the Olympic ranking will only be confirmed on June 15, in line with the 2020 Olympic Qualification System, but three of the four players who secured medals for Brazil at the Rio 2016 Olympic Games may have a chance to expand their hardware collection next year after the Brazilian Volleyball Federation announced that Alison Cerutti/Alvaro Filho, Evandro Goncalves/Bruno Oscar Schmidt, Agatha Bednarczuk/Eduarda ‘Duda’ Lisboa and Ana Patricia Ramos/Rebecca Cavalcanti would be selected to fill the berths Brazil earns at next year's Summer Games.

The announcement was made shortly after the release of the 2019-2020 FIVB Beach Volleyball World Tour Calendar.
With Brazil running an internal qualification system for its teams which considers the best ten finishes secured at four- and five-star World Tour events between February 2019 and February 2020, as well as the 2019 World Championships, it was determined that the teams which would represent Brazil have already been decided regardless of the results of the final tournament to consider before the deadline, the four-star event in Chetumal, Mexico, in November.
Alison and Bruno, who topped the podium in Copacabana three years ago, now play with different partners. Last March, the 33-year-old Alison, who took silver at the London 2012 Olympics with Emanuel Rego, teamed up with 28-year-old Alvaro Filho, who could make his Olympic debut next year.
Bruno (33), on the other hand, would have a fellow Rio 2016 Olympian by his side as Evandro, a 2017 world champion with André Loyola, finished ninth in Copacabana with Pedro Solberg. The two have been together since February.

“We couldn’t wait to hear the confirmation,” the 29-year-old Evandro said. “We still have a lot to improve, but we have time to do it and we’ll fight for each point so we can win a medal, which is our next goal now.”

On the women’s side, the 36-year-old Agatha, who secured silver with former partner Barbara Seixas in Rio three years ago, is the only Olympian of the group. She joined forces with 21-year-old rising star Duda Lisboa at the start of 2017 and the team has been among the best in the world since then. 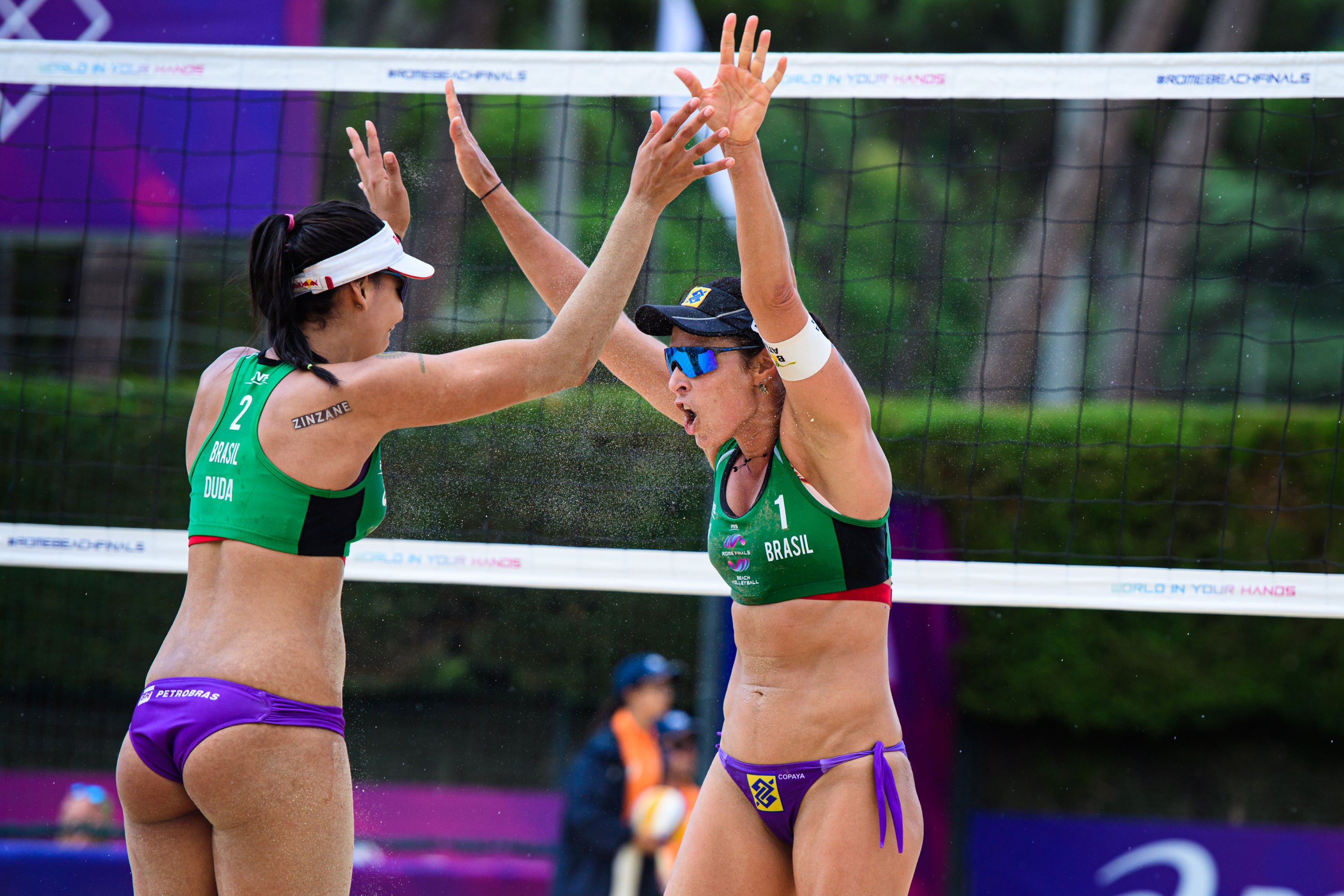 Eduarda ‘Duda’ Lisboa (left) and Agatha Bednarczuk celebrate a point at the 2019 World Tour Finals in Rome
Rebecca, 26, and Ana Patrícia, 22, will also prepare to make Olympic appearances. They have been together since 2017, but didn’t start playing internationally until 2018, and have enjoyed a meteoric rise on the international scene which saw them win three gold medals in the 2018-2019 season.

“It’s been such a journey for us,” Ana Patrícia reflected. “At the start we had to play country quotas and qualifiers and to see how far we’ve got, that makes me really proud. I always dreamed about playing in the Olympics and I didn’t know what I needed to do to make it happen, but I have had great people by my side and that make the process so much fun.”